Did anyone ever escape from Alcatraz? 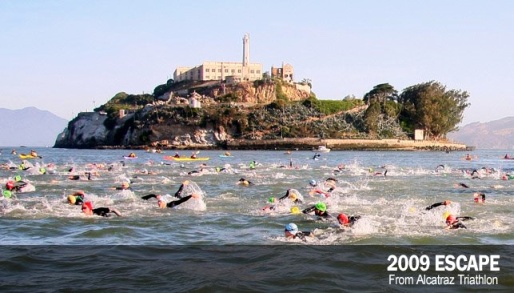 They said it could not be done, and the official history of the island prison says it never was done: no one ever escaped from Alcatraz Island during the 29 years (1934-63) it was a federal penitentiary.

There have been attempts, and maybe the most famous one happened in 1962:

Frank Lee Morris, Clarence and John Anglin were never recaptured and opinion is divided as to whether they succeeded in their escape, were drowned or eaten by sharks.

The FBI spent years investigating the case and finally concluded the men had failed.

The film "Escape from Alactraz" (1979) was based on this attempt, starring Clint Eastwood as Frank Morris.

The MythBusters looked into it: [watch video]

Did three prisoners in 1962 build a raft out of raincoats and use it to escape from Alcatraz? 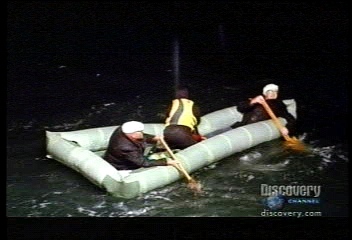 Even though they have their doubts that Morris and the Anglin brothers made it, they deemed it "Plausible".

According to Alcatraz History:

... to this day there are five prisoners listed as "missing and presumed drowned."

My question:
How legitimate is it to "pressume" that one of those missing prisoners didn't drown?
Are there clues that suggest an escapee survived?

You've really answered your own question. Frank Lee Morris, Clarence and John Anglin were the only people to have attempted escape from Alcatraz and not be be accounted for. As you put it yourself:

The FBI spent years investigating the case and finally concluded the men had failed.

As well as assessing the chance that they could have successfully made the crossing, they also looked for evidence of the men being alive. Did none of these people ever make contact with their loved ones, even in secret? Did none of them appear in a safe country decades after and offer to write a book about their experiences? Did nobody in the area report seeing three wet guys getting into a car?

So the summary you have is probably the truth. While it is possible that these men survived, escaped, and hid out for decades, it's unlikely.

EDIT: Since I've been asked for references for the above quote, here they are. Note that the reference was actually given in the question, which is where I took the statement from.

The Wikipedia article has references saying yes, they likely did escape from Alcatraz alive.

In a documentary from around 2011/2012, it was said that the official FBI record was a lie:

When the case was transferred from the FBI to the US Marshals, all the files were examined in detail on a 2011 documentary on the National Geographic Channel entitled Vanished from Alcatraz. Michael Dyke, the Deputy U.S. Marshal, discovered in the newly uncovered official records, it was reported that, contrary to the official FBI report of the escapee's raft never being recovered, a raft was discovered on Angel Island on June 12, 1962, the day after the escape, along with footprints leading away from the raft. Furthermore, the reports also claimed, that contrary to the official FBI report of no car thefts being reported, a car, a 1955 blue Chevrolet, had been reported stolen in the vicinity on the night of the escape. It was also reported that at 11:30 a.m., on June 12, a motorist in Stockton, California (80 miles East of San Francisco) reported to the California Highway Patrol, that he had been forced off the road by three men in a blue Chevrolet. This discovery prompted speculation that officials knew of the evidence suggesting the trio survived, and that a cover-up of the evidence had taken place, along with them declaring the men drowned, not only to save Alcatraz's reputation as an "escape-proof" prison, but to hope the escapees would relax and then become easier targets to find.

Here's some more of what Wikipedia cites, but you should really read the article... there's a lot in it:

31
Did Swedish tax rate ever exceed 100%?
1
Did such a medical device ever exist that blew air into the anus?
29
Did the Hebrew exodus from Egypt ever happen?
9
Did steel from WWI battleships make it into space?
48
Was anyone murdered, disappeared, or died suspiciously to cover up the Deepwater Horizon disaster?
6
Did Lenin ever say that you could “destroy society through music”?