Did Valerie Jarrett say she wanted "America to be a more Islamic country"?

This picture, being shared on Twitter, alleges that Valerie Jarrett, former Senior Advisor to the President, during the Obama administration, claimed to be of Iranian descent and of Islamic faith in her yearbook. 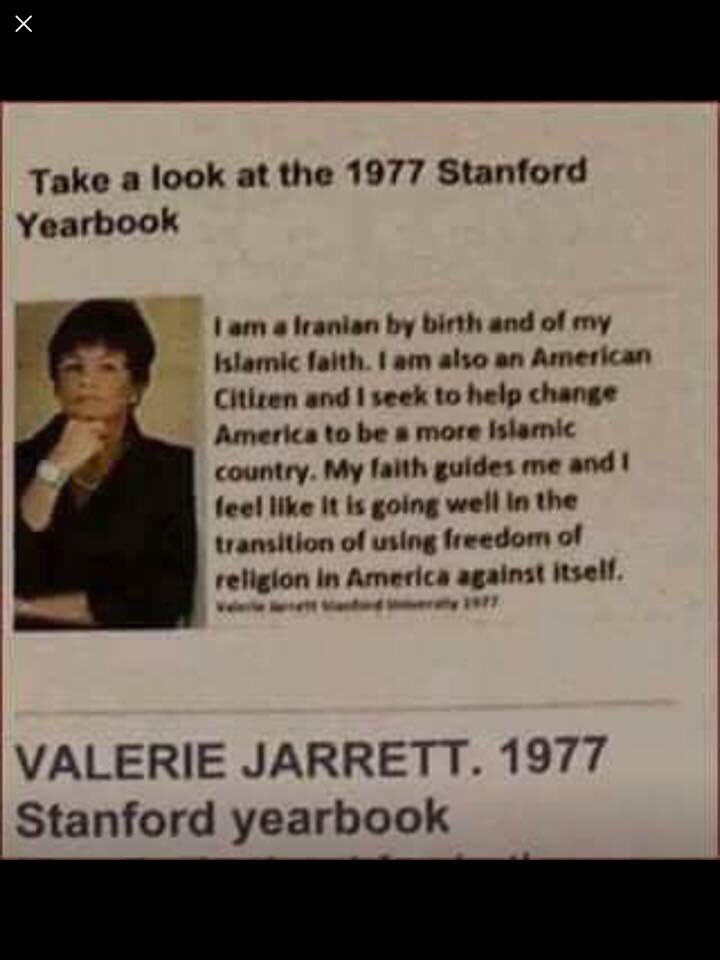 Take a look at the 1977 Stanford Yearbook

I am a Iranian by birth and of my Islamic faith. I am also an American Citizen and I seek to help change America to be a more Islamic country. My faith guides me and I feel like it is going well in the transition of using freedom of religion in America against itself.

Did she say this in Stanford's '77 yearbook?

No; the caption is written in the Calibri font. This font was not developed until 2002.

The Stanford yearbook in 1977 is mostly photos without captions. 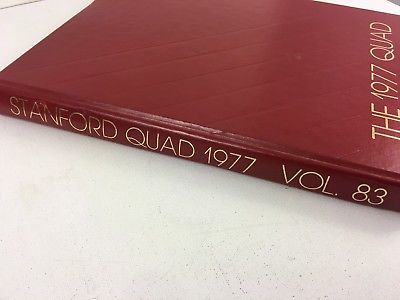 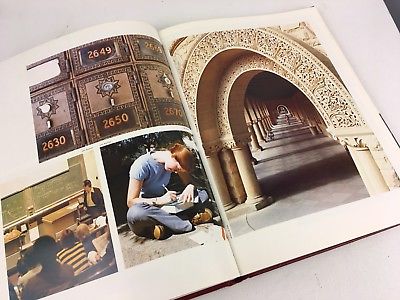 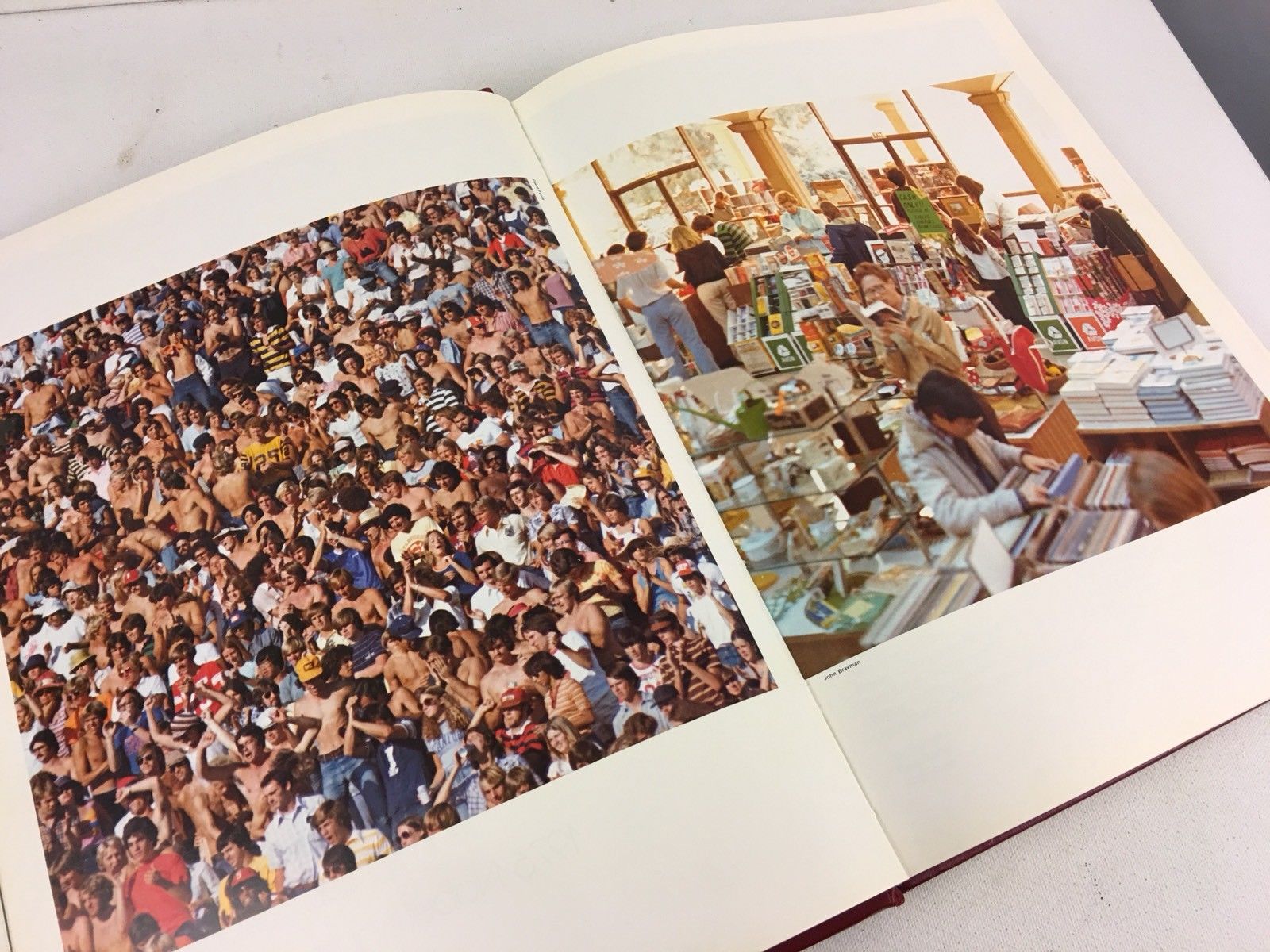 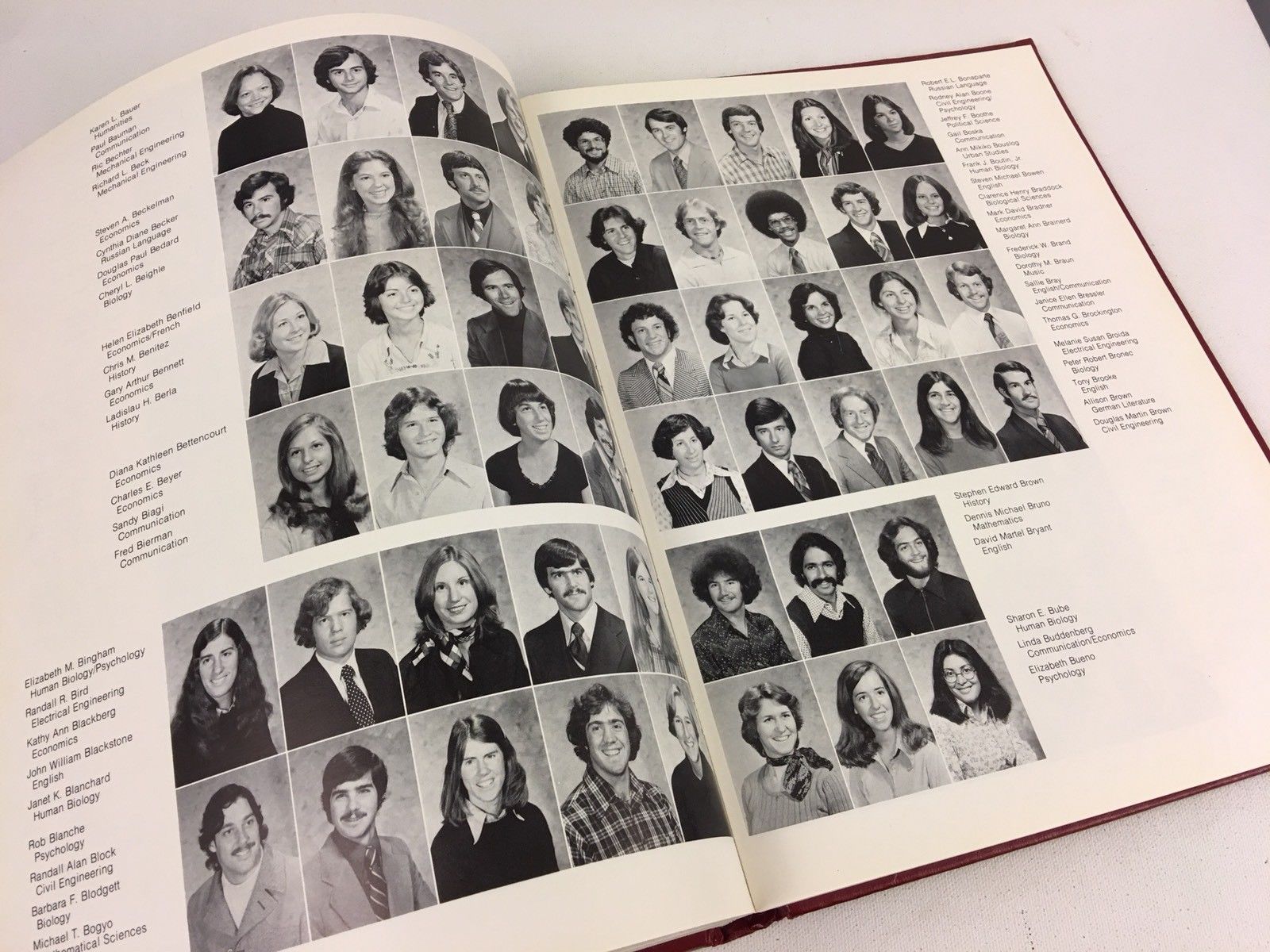 (There is no Valerie Bowman on this page anyway, because she didn't graduate until 1978.)

It does have a few short comments that seem to deal with everyday life on campus. 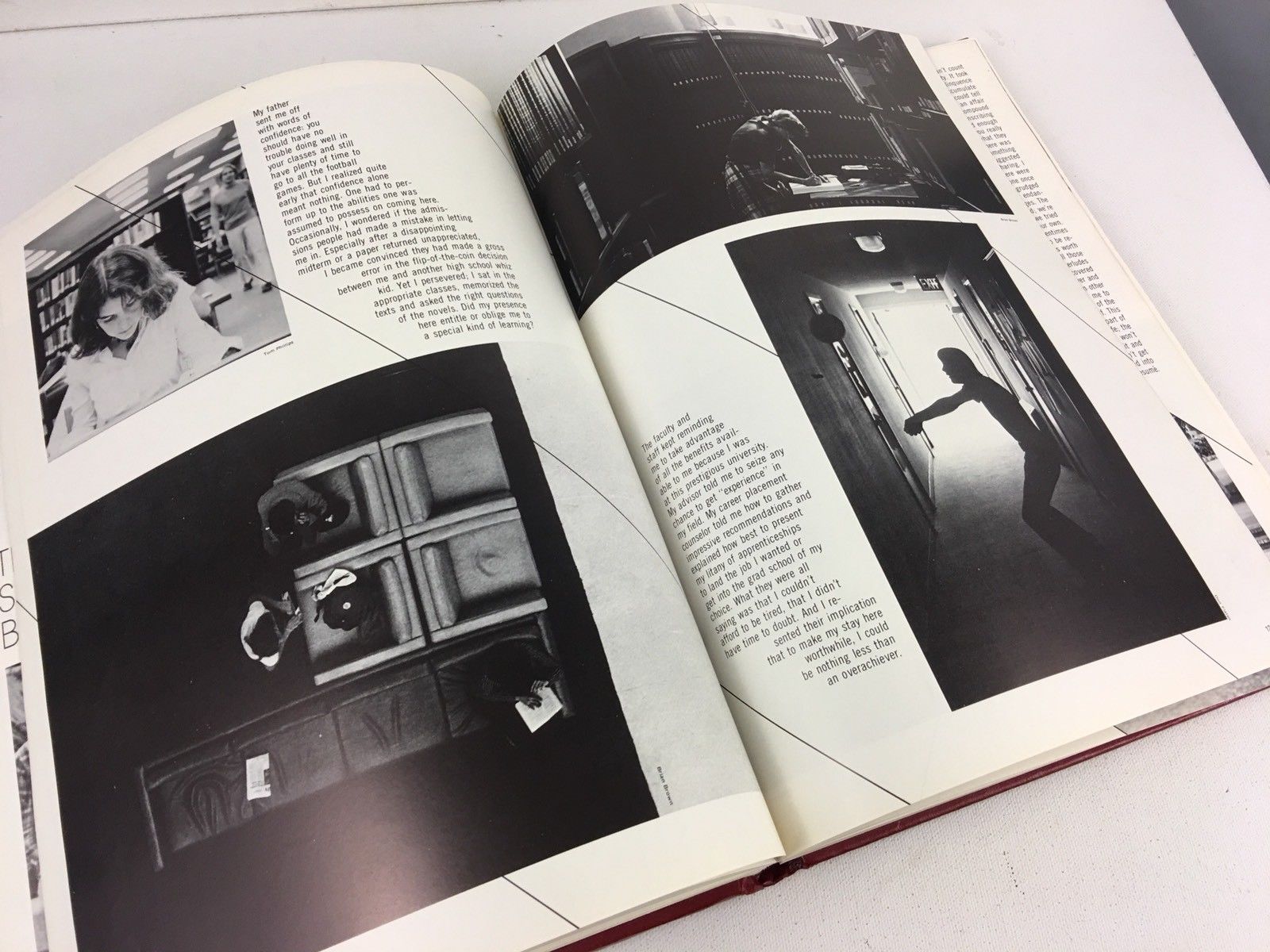 The faculty and staff kept reminding me to take advantage of all the benefits available to me because I was at this prestigious university ... My career placement counselor told me how to gather impressive recommendatiions and explained how to best present my litany of apprenticeships to land the job I wanted or get into the grad school of my choice. ... [unsigned]

I took these photos from an eBay listing and thus cannot look at every last page to confirm that the quoted statement does not appear, but I think the idea that a yearbook that looks like this contains a manifesto of violent Islamic revolution is frankly an absurd far-right fever dream. 1977 was before the Iran revolution and political Islam was not on the American radar.

The quote to attributed “Valerie Jarrett, Stanford University, 1977” about her “seek[ing] to help change America to be a more Islamic country” is an unfounded one that has no source other than recent repetition (primarily on right-wing web sites and blogs). It’s also an anachronism, as “Valerie Jarrett” didn’t exist in 1977: she was born Valerie Bowman and didn’t take the latter surname until she married William Jarrett in 1983.

Also according to Snopes there is no evidence she's Muslim and her parents aren't Iranian -- though she was born in Iran.

In the first place the photo is not a photo of Valerie Jarrett from 1977. It is a photo taken at a later date in her life. Probable a photo after she became a successful business women. You can tell that by comparing it to photos from the year book that was shown as evidence. The features don’t look anywhere similar to the other students the clothes, hair are all wrong for that year.

Not the answer you're looking for? Browse other questions tagged united-states politics quotes islam iran .

26
Does this picture depict the conditions at a veal farm?

67
Did Donald Trump say republicans are the dumbest voters in the country?
21
Did Fidel Castro ever say "I will not die until America is destroyed"
5
Did Will Durant say "The Islamic conquest of India is probably the bloodiest story in history"?
2
Did Ariel Sharon say that the Jewish people control America?
64
Did Henry Ford say "If I had asked people what they wanted, they would have said faster horses"?
11
Did House Minority Leader Nancy Pelosi say that she hopes banning bump stocks is a slippery slope for more gun restrictions?
72
Did Marx's mother say she wished he would accumulate capital instead of writing about it?
16
Did Lenin say "destroy the family, you destroy the country", and if so in what context?
4
Did Hitler say: “My mother was an ordinary woman, but she gave Germany a great son”?