The website Conservative Treehouse had an article posted on their page entitled UniParty At Work – Paul Ryan SuperPac Campaigned to Elect Democrat Conor Lamb. In it they claim the following.

The page includes three photos of a mailer allegedly sent out prior to the election. 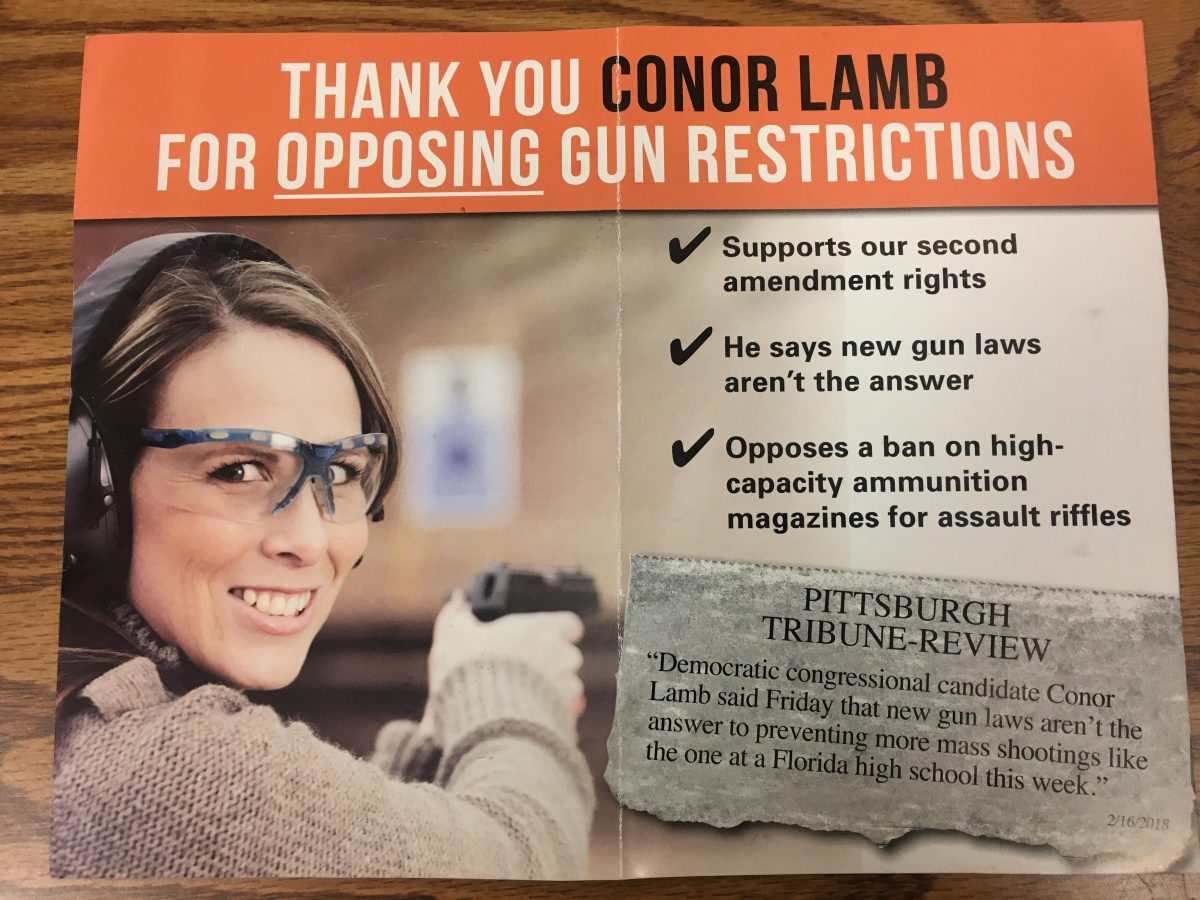 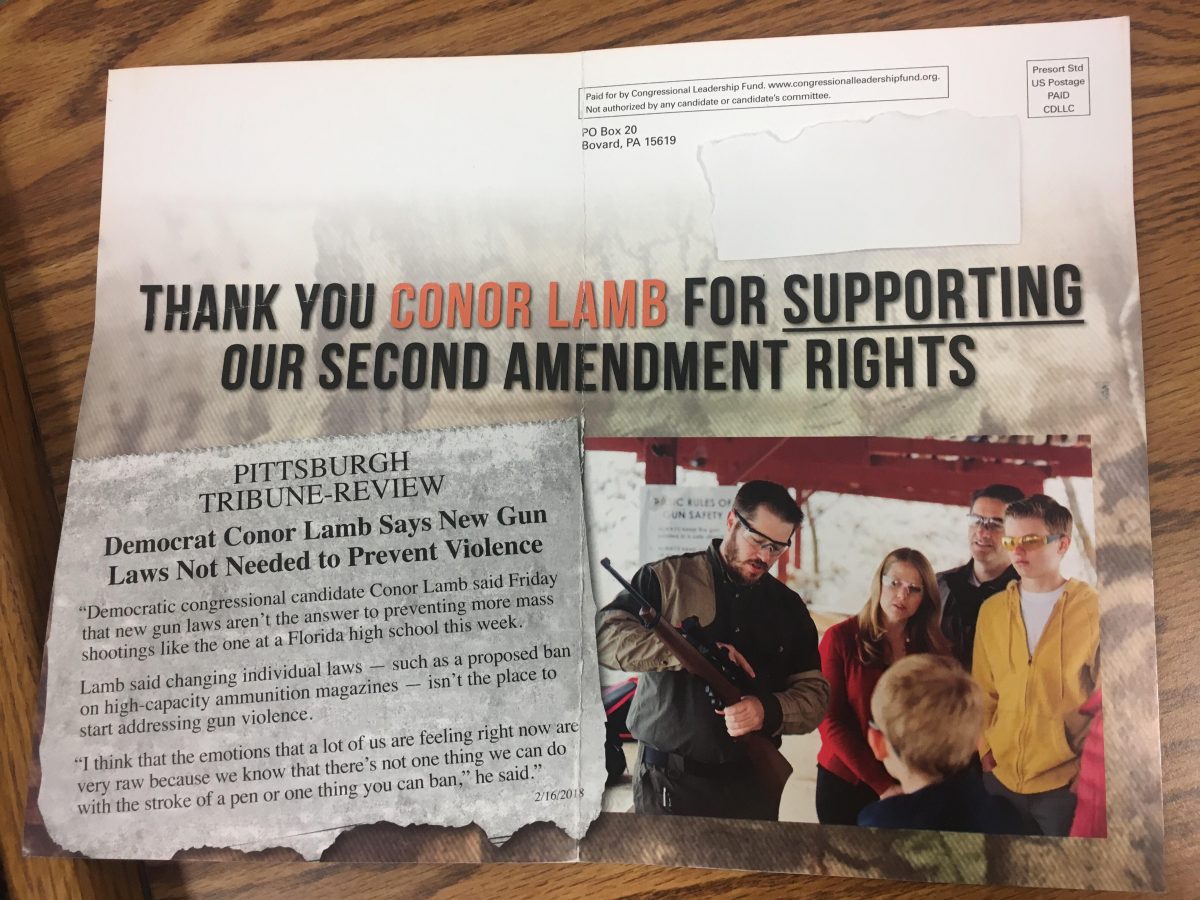 There are a whole bunch of other claims listed on that page but I'm interested in the claim at the top of the page in particular.

Did a Paul Ryan aligned SuperPAC help elect Democrat Conor Lamb? And if so, is there a reason besides what is proposed in the linked article?

Edit: DJClayworth raised a valid point that SuperPACs, by definition, cannot be controlled by politicians. However, while SuperPACs aren't controlled, they are often linked to a specific politician. In the Congressional Leadership Fund's case they are considered to be linked to Paul Ryan.

The Super PAC, which is closely linked to former House Speaker John Boehner and House GOP leadership, was founded in 2011 and spent nearly $10 million in the 2012 cycle electing Republican candidates. Following Boehner's resignation from the U.S. Congress and the election of Paul D. Ryan as Speaker of the House, Congressional Leadership Fund has become closely linked to Ryan.

The Washington Post had a good explanation of the situation in a 1 March 2018 article (14 days before the OP article), Republican super PAC warns Democratic voters that their candidate supports gun rights:

Conor Lamb, the Democratic nominee in a March 13 special congressional election in southwest Pennsylvania, has deviated from his party’s positions on guns — and a Republican super PAC wants Democratic voters to know about it.

An ad arriving by mail offers a backhanded “thank you” to Lamb from Congressional Leadership Fund, a super PAC aligned with House Speaker Paul D. Ryan (R-Wis.) that has spent millions of dollars on the race.

The same group then turned around and sent GOP-leaning voters a very different spin on Lamb — calling him an opponent of gun rights.

In his first television ad, Lamb said he learned to use firearms in the Marines, and “still loved to shoot.” After the mass shooting in Parkland, Fla., Lamb said at a debate, and in a Q&A with reporters, that he favored stricter background checks but wasn’t sold on other new gun laws.

It’s not clear who else is getting the ad, but registered Democrats in Allegheny County are, generally, more liberal than their counterparts across the district.

“Our job is to make sure voters in Pennsylvania’s 18th District know where Conor Lamb stands on important issues of the day,” said Courtney Alexander, a CLF spokeswoman. “This mailer was sent to voters who might find his views on the Second Amendment of note.”

In a door-hanger ad that the PAC has given Republican-leaning voters, images of Hillary Clinton and Rep. Nancy Pelosi (D-Calif.) accompany a warning that Lamb “wants to impose restrictions on gun ownership and the Second Amendment.” Rick Saccone, the GOP nominee, has been endorsed by the National Rifle Association, in part owing to his efforts to unravel some Pennsylvania gun laws.

Ads designed to play to the other party’s voters are hardly new.

So the super PAC was not intentionally trying to help the Democrat. Instead, they thought that they could reduce Democrat support for Lamb by selectively sending people that they believed to be liberal Democrats ads saying that Lamb supports second amendment rights.

3
Does Ron Paul get less media coverage than other similarly prominent candidates?
3
Is Paul Ryan's Congress record of two bills passed unusual?
87
Did Donald Trump make campaign contributions to Attorneys General who then decided not to prosecute him?
15
Did Hillary Clinton's Campaign Fake a Rally in Greensboro, North Carolina?
15
Is Trump's election the first successful presidential election campaign with a female campaign manager?
5
Was Bernie Sanders not a registered Democrat (in 2017)?
1
Did the Sanders campaign attack Biden with a "doctored video"?
52
Is there currently riots/looting *ONLY* in Democrat cities in the USA?