Did Einstein reply “Ask Tesla” when asked how it felt to be the smartest man alive?

There is an alleged exchange where Albert Einstein was asked "How does it feel to be the smartest man alive?" to which he allegedly replied "ask Tesla".

Did it really happen?

Sources that make this claim:

Highly unlikely, and even if it was said, it would have been sarcastic.

Every source that I was able to find online is unsourced, apparently said in a private conversation. As a wise man once said 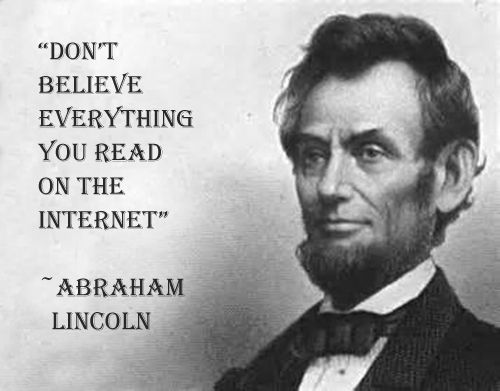 Links on pinterest are unsourced and are commonly found alongside other image macros about conspiracy theories; most prominent are the Free Energy Suppression Conspiracy Theories

From your third source on Quora, involving a question entitled "Do you agree with Einstein that Tesla was the smartest human being on the planet?", the top answer

I have seen the quote often, and have searched for its origin, and have yet to find it.

Some images source the quote to "The Mind Unleashed", which as far as I can tell is a pseudo-scientific site that has never actually included those words on its site. RationalWiki describes it as

[...] a pseudoscientific, woo-peddling, clickbait website with a propensity to misrepresent data from studies and present it as scientific fact for their own gain.

The context of the quote is to make it sound like Einstein was complimentary of Tesla and respected him. However, the relationship between Tesla and Einstein was very contentious and they appeared to not get along at all.

Tesla wrote a poem, "Fragments of Olympian Gossip" that directly calls out Einstein by name

Puts on your high teaching all the blame.

Tesla was also highly critical of Einstein's work on relativity.

I hold that space cannot be curved, for the simple reason that it can have no properties. It might as well be said that God has properties. He has not, but only attributes and these are of our own making. Of properties we can only speak when dealing with matter filling the space. To say that in the presence of large bodies space becomes curved is equivalent to stating that something can act upon nothing. I, for one, refuse to subscribe to such a view.

A similar question was asked on the AskHistorians subreddit, where a similar conclusion was reached regarding the relationship between Tesla and Einstein. (Emphasis mine)

Considering that Tesla vigorously and publicly disagreed with Einstein on relativity in the 1930s, the answer is probably "no." Add to it that I've never seen any sort of actual citation for the quote in question, I am inclined to put it in the very large file of "stuff Einstein never said that people attribute to him anyway." Searching around the various books, databases, and articles I have, I see nothing that would suggest that this quote is legitimate. It is of course hard to prove that something did not happen, but in the absence of any indication that it did happen — I suspect it did not.

In 1934, on the occasion of his 79th birthday, Tesla denounced relativity theory as "a beggar wrapped in purple whom ignorant people take for a king" and "a mass of error and deceptive ideas violently opposed to the teachings of great men of science of the past and even to common sense... the theory wraps all these errors and fallacies and clothes them in magnificent mathematical garb which fascinates, dazzles and makes people blind to the underlying errors.... its exponents are very brilliant men, but they are metaphysicists rather than scientists. Not a single one of the relativity propositions has been proved." (NYT, 7/11/1935, p. 23).

He also claimed in 1932 that he had detected particles from the Sun that "vastly exceeded the speed of light," which would be contrary to special relativity. (NYT, Letter to the Editor from Bergen Davis, Columbia University, 2/24/1932)

Both of these are relatively (pun) late in Tesla's life, and early in Einstein's own fame (Einstein's world fame took off in 1919, picked up again when he fled Germany in 1933, and then became gigantic after the atomic bombs in 1945).

Einstein was also asked to write a congratulatory letter to Tesla in honor of him appearing on the cover of TIME Magazine in 1931. Einstein wrote

As an eminent pioneer in the realm of high frequency currents… I congratulate you on the great successes of your life’s work.

In addition, this supposed quote is extremely similar to another rumored quote, but instead of Einstein asking about being the smartest man alive, it was Jimmy Hendrix and the world's greatest guitarist.

Jimi Hendrix was on the Tonight Show one time in the late 60s. Johnny Carson turned and asked him how it felt to be the greatest guitarist ever. Hendrix quickly responded: “I don’t know. You’d have to ask Phil Keaggy.”

Not the answer you're looking for? Browse other questions tagged quotes albert-einstein nikola-tesla .

58
Did Einstein say the “if you judge a fish” quote that many are attributing to him?
45
Did/does the US government keep secret papers by Nikola Tesla?
53
Did Einstein say “Two things are infinite: the universe and human stupidity; and I'm not sure about the universe.”
10
Did Nietzsche ever state “The world is beautiful, but has a disease called man”?
7
When asked, “How much is enough?”, did John D. Rockefeller say, “One more dollar”?
29
Did Albert Einstein say “the only reason for time is so that everything doesn't happen at once”?
8
Did Woodrow Wilson say he was a 'most unhappy man' that 'unwittingly ruined' the USA?
46
Did Einstein comment on feeling the presence of Jesus while reading the Gospels?
21
Did a lawyer representing the Charlottesville flamethrower man say to kill little babies?
15
Did Tesla calculate the cubic root of the mass of his food before eating?