Does PETA euthanize 95.9% of all animals under its care? [duplicate]

The website www.petakillsanimals.com/ alleges on the home page (scroll down once) that "95.9% of animals under PETA's care have been killed in one year" as seen in this screenshot: 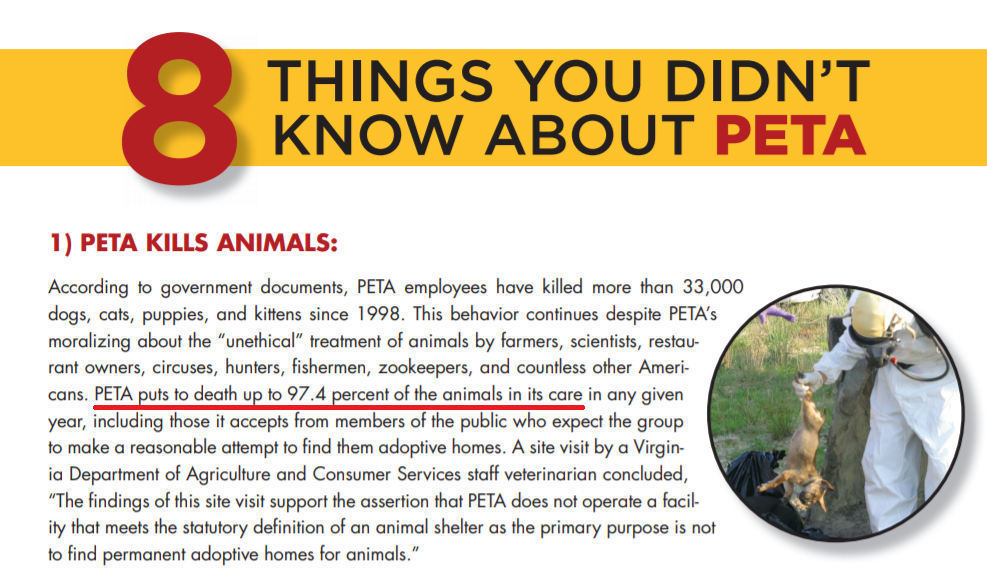 However, when I click "View the Evidence" I essentially see the following:

The evidence presented regarding their Virginia headquarters has been addressed in another, related question. However, their claims regarding PETA as a whole have not been addressed.

My question regards the "all animals in its care" portion of that statement. On that website, they make broad sweeping claims about PETA's euthanasia rate, but then they only provide evidence for that statistic with one specific shelter. I see no evidence showing that this rate is representative of all of their shelters, nor that 95.9% or 97.4% of animals in their care are euthanized when looking at PETA as a whole. Indeed, I see no evidence presented about any other shelter besides the one in Virginia. However, they are not claiming that PETA euthanizes 95% of the animals in one shelter; they are claiming that PETA as a whole euthanizes 95% of all animals in their care. My question is about that claim.

Are these claims made on their website substantiated by evidence of any kind? Does PETA as a national organization euthanize 95.9% of animals in their care?

18
Does PETA euthanize unwanted pets at its Virginia headquarters?

7
Does the use of tasers by the police lead to an increase in people killed by police?
28
Did journalist Amber Lyon claim that the US Government paid CNN to control content?
19
Did Hillary Clinton admit in her memoirs to creating ISIS?
18
Does PETA euthanize unwanted pets at its Virginia headquarters?
28
Is the total cost of treating the uninsured in emergency rooms more expensive than government-subsidized urgent care would be in the US?
9
Is the average effective corporate tax rate in US only 15% in 2017?
12
Did a Paul Ryan affiliated SuperPAC campaign to elect Democrat Conor Lamb?