After the release of details of President Trump's first medical, the internet is, predictably, awash with claims that his weight, and possibly height, are incorrectly reported.

Can these be verified by independent data?

Apparently Jeb Bush is actually 6’ 3". Donald Trump appears to be several inches shorter in every picture of them together.

along with this picture: 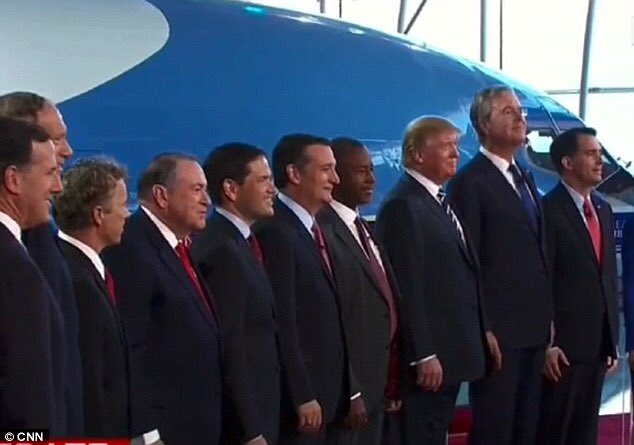 Now, I will be the first to admit that BoingBoing has anti-Trump leanings. as do the majority of its commentators, BUT, are there any other photograph of him standing beside objects of known size which can be used to accurately determine his height (somehow taking into account his shoes)?

If so, is there any reasonably accurate method of examining photographs of a person of known height, estimating their bodily dimensions, and stating whether he probably is or is not (or cannot) weigh in the range of 239lbs?

Trump is definitely taller than average and was routinely photographed with people in his youth, suggesting the 6'2" (188cm) was probably a reasonable estimate of his height. CelebHeights, which estimates heights and identifies which celebs use lifts/exaggerate their height, puts his peak height at 6'2" (188cm).

Remember, most people will lose at least an inch or two (2-5cm) of height as they age, so a 71 year old is unlikely to be the same height they were in their 20s.

He is quoted as saying in The New York Times, "Hey, I'm 6 foot 3". In his 2016 medical files, his Doctor claimed he was "6'3" tall and weighed in at 236 pounds, although when photographed with a 6ft 2 measured Athlete, that claim seems unbelievable. Trump's own Driving License listed him at 6ft 2. 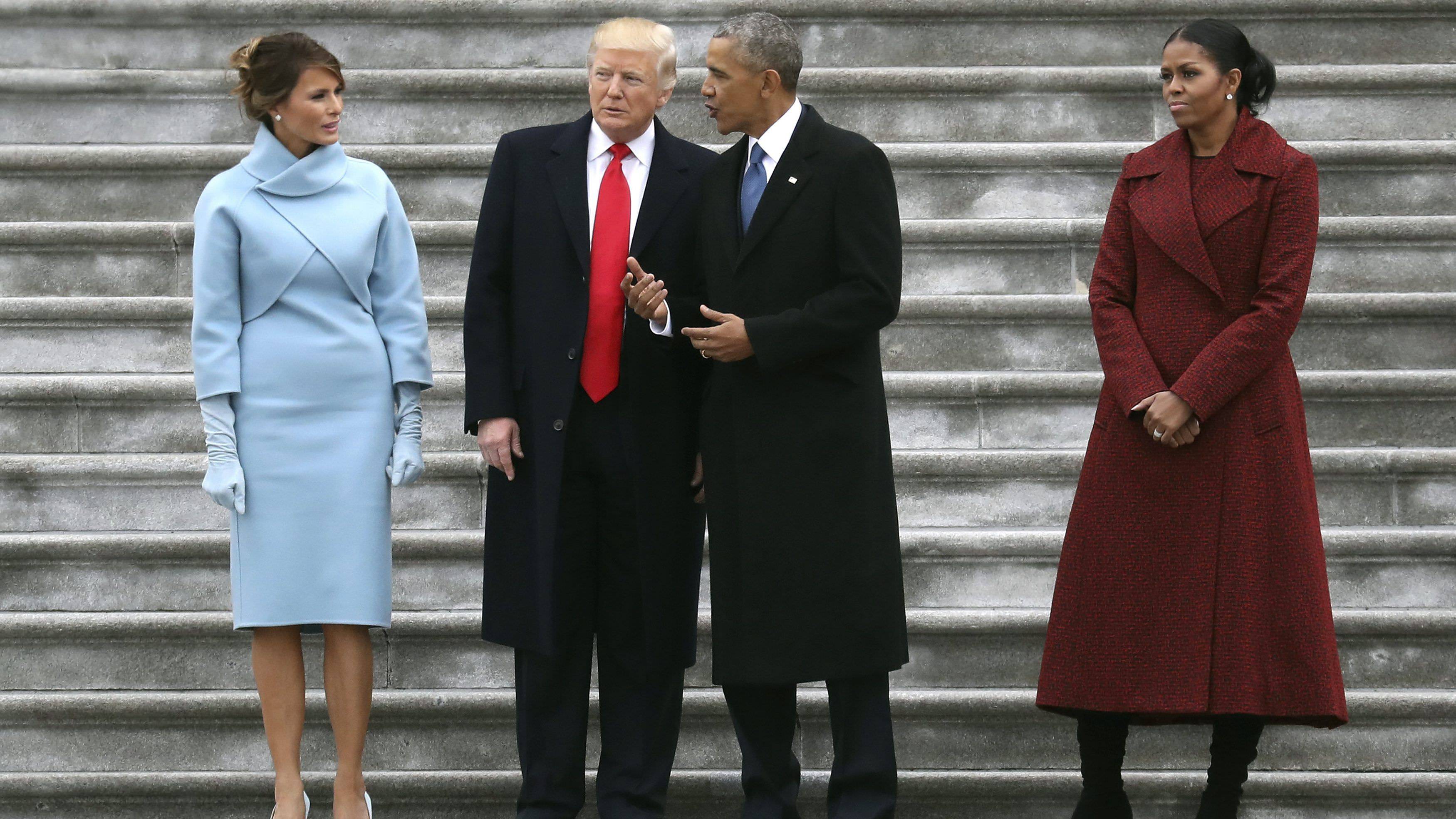 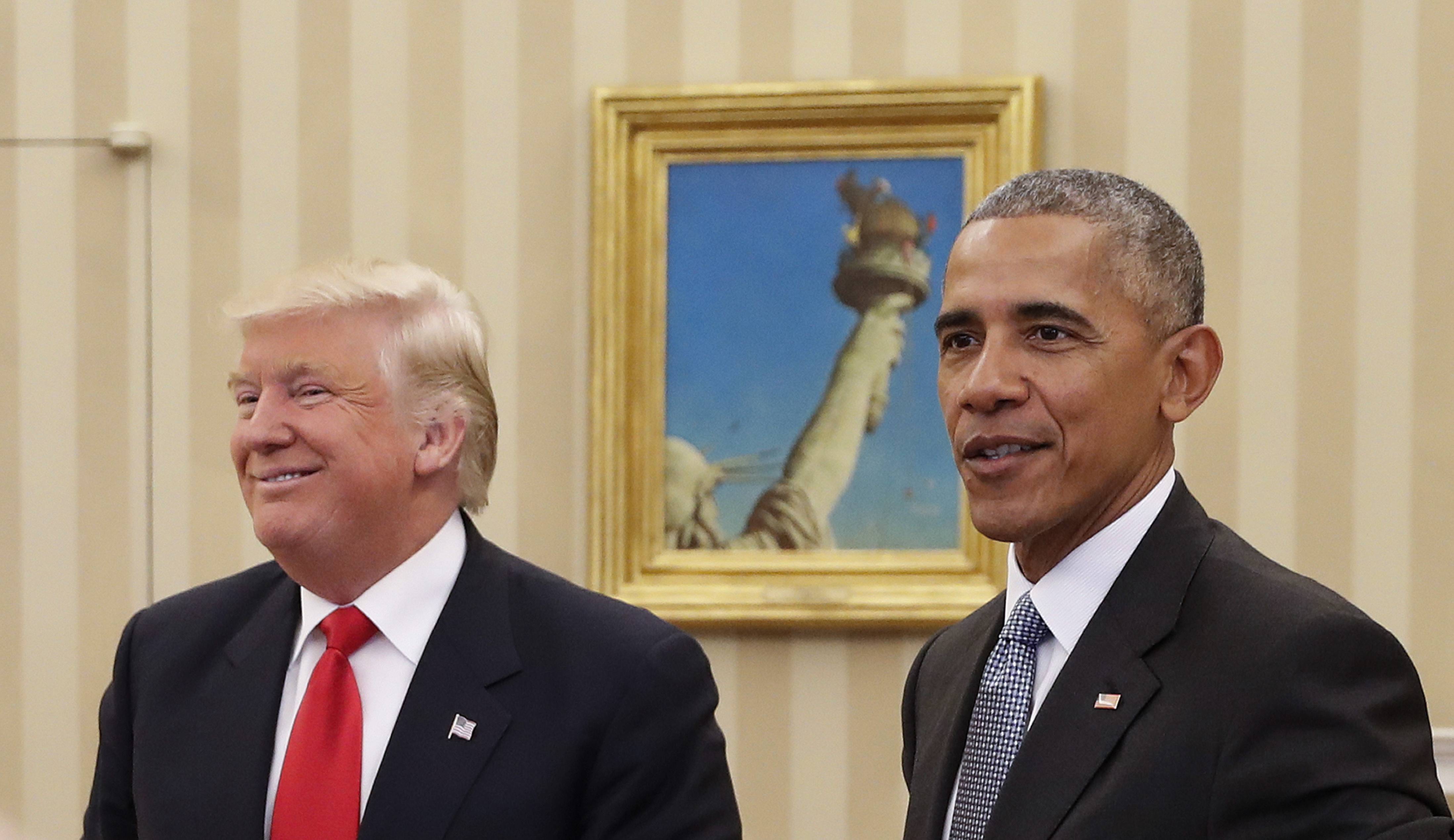 Trump's weight is harder to pin down, as he wears tailored clothes that hide his girth (because weight will fluctuate when campaigning). He is clearly overweight even with this visual aid. It is much more likely that he is obese, as he is on the record as saying he doesn't like to exercise, and isn't carrying much muscle, yet looks heavyset.

Trump said he currently weighs 236 pounds, according to two audience members. Other reports had audience members giving conflicting readouts, with some saying Trump put his weight at 267 pounds.

So he could be as heavy as 267lbs (121kg), which is not unbelievable. If his weight was 239lb (108kg), then combined with his revised height that can be easily evidenced, he is obese. At the heavier weight he would be Class II obese.

For what it's worth, the Guardian cites a comparison with a sportsperson (who unlike politicians seems less likely to have his height "doctored"):

One image showed Trump standing next to former baseball player Alex Rodriguez, who is 6ft 3in. Rodriguez looked considerably taller.

(There's a photo in the article, but it's copyrighted by Getty, and they are really touchy about non-authorized reproductions of their wares, so head over to the Guardian if you want to see it.)

The Guardian article also mentions that Trump's height on his driver license was 6'2" not 6'3". I'm not sure how correct that is either because when I've got a US driving license I simply declared my height, nobody measured it (they could have cross-checked against my passport, but they didn't.)

A photo of Trump next to Barack Obama, taken one year ago at Trump’s inauguration, seemed to show that the pair were of the same height. Obama is 6ft 1in.

The Guardian article also talks about Trumps' weight in comparison to athletes of similar height but this probably even less relevant health-wise because differences in muscularity are apparent and thus so is the body fat percentage.

Based on Trump's BMI, it is possible that he should consider losing 39 pounds, which would place him at a BMI of 25, right on the borderline of "normal weight" and "overweight" for someone of his height.

[discusses that BMI may be a poor measure of body fat]

Dr. Jackson said at Tuesday's briefing that after conducting last week's physical, he and the president set a goal of losing 10-15 pounds. If he kicks his notorious McDonald's habit, that target should be easily attainable.

Since weight varies a lot more than height over time in most people, I think it would much more difficult to confirm Trump's current weight...