Did only a few people in Trump's campaign know George Papadopoulos? [closed]

Ask Question
Asked 4 years ago
Active 4 years ago
Viewed 709 times
5
Closed. This question needs details or clarity. It is not currently accepting answers.

The Fake News is working overtime. As Paul Manaforts lawyer said, there was "no collusion" and events mentioned took place long before he came to the campaign. Few people knew the young, low level volunteer named George, who has already proven to be a liar. Check the DEMS!

True? or is Trump wrong?

Whether "few people" knew him or not is an impossible assessment to make. How does one judge that? How many Facebook friends he has?

So, even though we hate to do this on this particular stack exchange, we have to look at what Trump is claiming. It's pretty clear that he's claiming that this person was a nobody, in terms of importance, and clearly not connected to him, directly.

So, very likely, he is lying, in that context. Papadopoulos was part of Trump's primary five-person foreign policy team. He named him, by name, to the Washington Post, and described him as "an excellent guy." I guess him being named in a prominent newspaper also technically makes it false that "few people knew him," since the Washington Post is the second-most read information source, reaching tens of millions of readers every month. Ironically, the reason we can rate that claim to be false is thanks to Trump's own introduction of him as a member of his foreign policy advisory team.

That's a person who directly interacts with the President, and has access that others don't. If anyone wants to contest this as lies or "fake," in addition to the transcript of the meeting, there is the audio of it, as well.

There is also a photo of Papadopoulos in a meeting with Trump and about 8 or 9 other high level administration personnel, including eventual cabinet-level people. He's seated right at the table, not in the background somewhere, four people to Trump's right. Low-level nobodies don't "get a seat at the table." 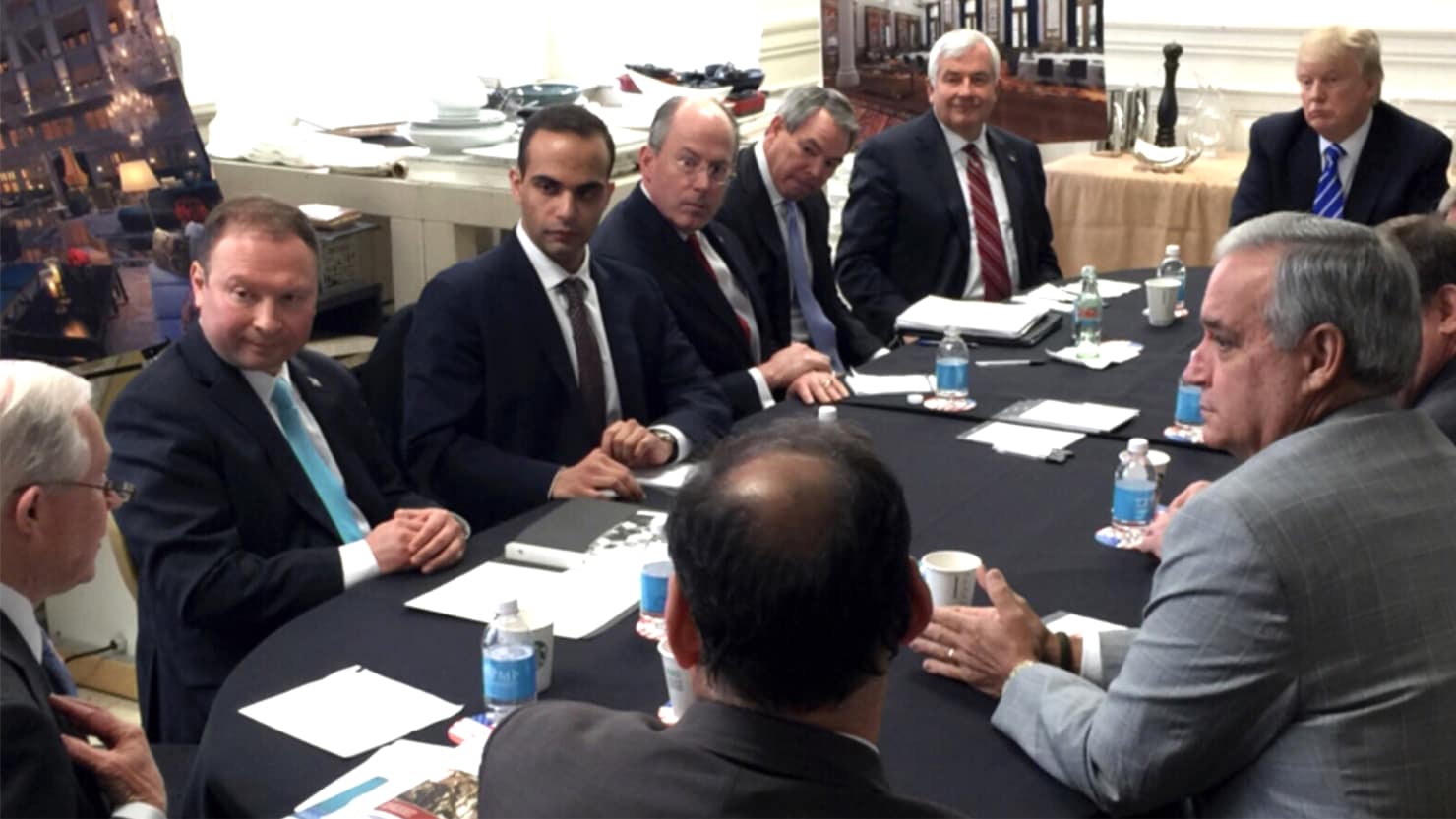 "Proven to be a liar?" - yes, this is accurate, since he pled guilty to lying to the FBI. What was he guilty of lying about? The claim that they did not try to collude with the Russians as part of the Trump campaign. So, that fact actually undermines Trump's attempted minimizing/deflection.

Was known only to a few? No, false.

Was he a low-level volunteer? Yes, volunteer, but no, not "low level." He had direct access to the president and was part of a small, trusted and important advisory team, and was included in high level meetings as a principle participant.

Is he a proven liar? Yes, but the statements he has been proven to have lied about are the same statements that Trump and his administration are making about the allegations of collusion with hostile foreign entities.