Killed by 9V battery (via multimeter)

I found a Darwin award story claiming that someone was killed by pushing the leads of a Simpson 260 into his skin in ohmmeter mode. Furthermore, the story claims it is based on an unnamed US Navy Safety Publication.

What makes me skeptical about this story is that most multimeters limit current on their ohmmeter setting. I can barely feel anything by putting a generic $4 DT830 on my tongue on its lowest ohmmeter range (200 ohms) and I feel virtual nothing on its higher ranges, but I can certainly feel a bare 9V battery much more strongly that way.

So is there any secondary corroboration of this improbable death by ohmmeter/multimeter story? Also is anyone familiar enough with the Simpson 260 that would make this story more (or less) plausible? Myself looking at the schematic from the manual linked above, makes me think it even less plausible 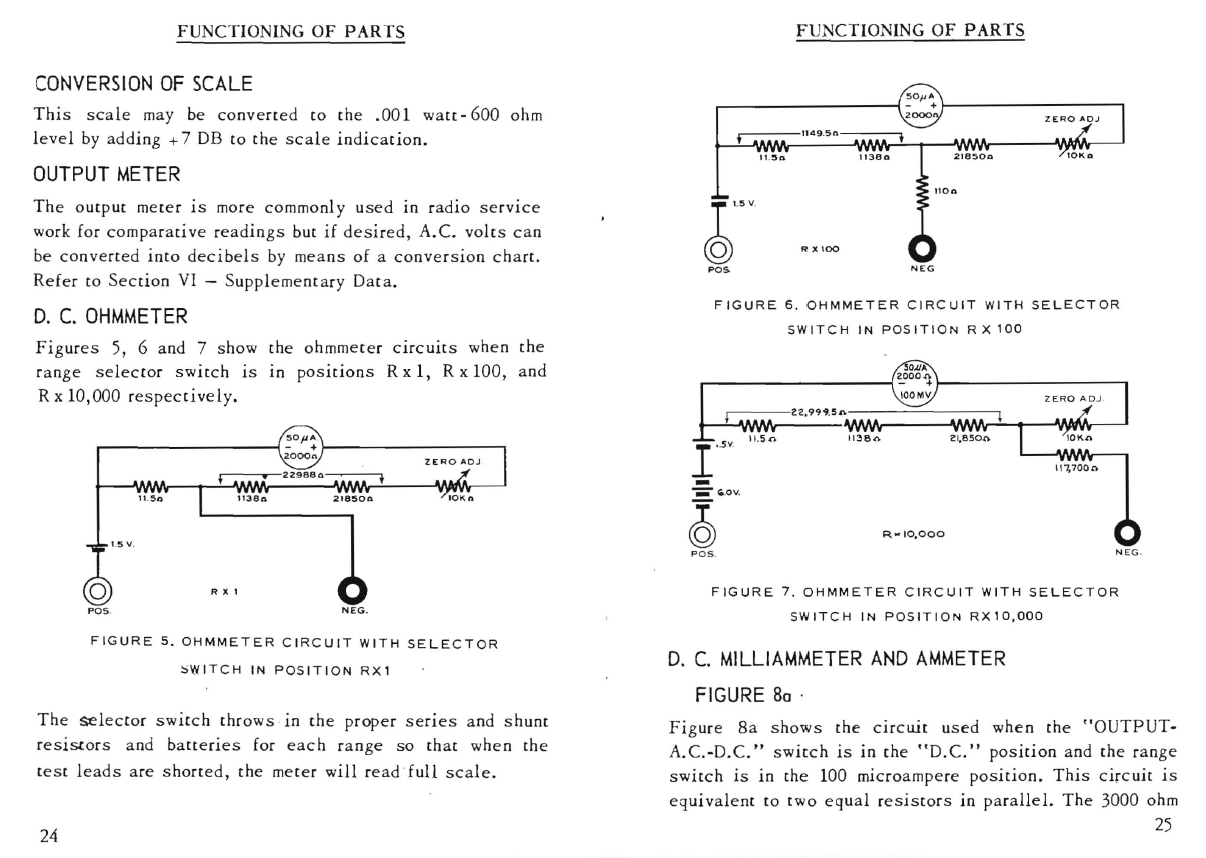 (Click to enlarge) At one setting the voltage is only 1.5V, at the other end it is 7.5V, but with a large series resistor (>100Kohm). I've heard of exceptional cases where people have died from 12V car batteries, but not from 1.5V.

For a human body immersed in water, which greatly lowers skin resitance, the typical figure for whole body resistance is 300 ohms, so 30 V is given in that paper as the voltage needed to cause ventricular fibrilation in water. Granted, skin puncture may lower than even further, but how much further?

Another paper claims that

In the case of transverse direct current shock (e.g. from left hand to right hand), the occurrence of ventricular fibrillation is unlikely. Nevertheless, when such shock is sustained for a long time, high shock currents may lead to reversible cardiac arrhythmia, burns and loss of consciousness, which in the absence of appropriate medical aid can result in death.

Ventricular fibrillation with DC shocks usually occurs in the case of longitudinal current flow in the body. The value of the threshold shock current that causes fibrillation is two times higher for downward currents (negative potential of feet) than for upward currents. According to the IEC report [15], with shocks lasting more than 0.2 s, the value of the direct current liable to cause fibrillation is much higher (almost fourfold) than that of an alternating current and is equal to 150 mA–200 mA.

These don't quite jibe with dying from 1.5V DC source, hand to hand. Of course, unlikely doesn't mean it can never happen, but claims of extraordinary events require substantial evidence to be credible.

If the current has a direct pathway to the heart (e.g., via a cardiac catheter or other kind of electrode), a much lower current of less than 1 mA (AC or DC) can cause fibrillation

The second contact mechanism involves a person in the water being in an electric field because of an energized conductor that is in the water. For example, an electric heater connected to the hot wire of the 120 V AC outlet falls in the water. The grounded drain is close to the person's shoulders, whereas the heater is near his or her feet. This gives a voltage difference of 120 V AC from shoulders to the feet. With a total body resistance of 300 Ω, 360 mA flows, more than 3 times the amount needed to give ventricular fibrillation.

So one way to find out what voltage could kill you internally would be take 1mA*300Ω=0.3V or 10mA*300Ω=3V Which a millimeter could easily provide either, especially the cheap ones (most multi meters have 6 or 9V).

The other problem is the skin, since it is much more conductive, most of the current will be lessened, as soon as you break the skin the current will take the lowest resistance path. most likely through the heart if your going from hand to hand.

21
Are more people accidentally killed by doctors than accidentally killed by guns and traffic combined?
33
Have communist governments killed more than 80 million people?
2
Can the dead speak via Electronic Voice Phenomena (EVP)?
20
Are suicide attempts via wrist cutting likely fatal?
30
Can the health of an alkaline battery be determined by bouncing it?
6
Death by electroshock from 12V battery
18
Does fully discharging a Lithium-based battery reduce its lifespan?