Do the Finnish have a word for getting drunk alone in your underwear?

Urban dictionary (and many other articles on the internet) claim that the Finnish word "kalsarikännit" means:

I couldn't find any Finnish source supporting this and I do not speak Finnish anyway.

Does this word exist in the Finnish language? And if yes, does it mean this?

Yes, it actually is a Finnish word used by the Finnish people.

ThisisFinland is a site for the promotion of Finland: It is associated with the Finnish Government.

The feeling when you are going to get drunk home alone in your underwear – with no intention of going out.

A drink. At home. In your underwear. And there is a word for it. Kalsarikännit.

They even have Finnish emoji's to describe the activity: 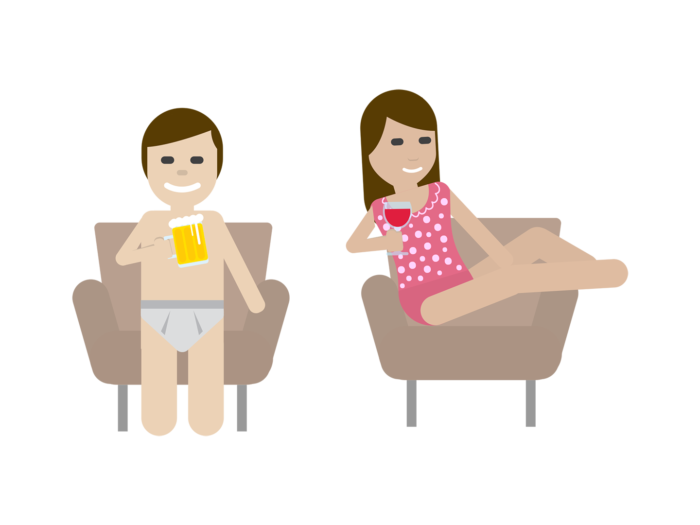 Apparently, Google translates it as underweardrunk[sic].

It's a real word (a compound word fromed from kalsari(t) (underwear) and känni (drunkenness), both rather colloquial versions of these words) and can be found in the online dictionary of the Institute for the Languages of Finland (the institute in charge of standardization of languages used in Finland). The word is described as:

Translated to English: "drinking at home in your underwear or otherwise casually dressed, with intent of getting drunk".

The institute is also holding a Suomen sana -kipailu (The Word of Finland - competition). While there isn't yet a winner, 10 finalists were already selected from a list of publicly proposed words and kalsarikännit is included in the finalists. The selection was done by "Kotuksen asiantuntijat" (English: experts of the institute). I'd recon this would exclude any fake words from being in the top 10.

Other compound words found in the top 10 would be sinivalkoinen (blue and white, or, through reference to the Finnish flag, adjective for finnish) and demokratiavaje (democracy deficit, a term coined by those unhappy with Finland's role in EU decition making). 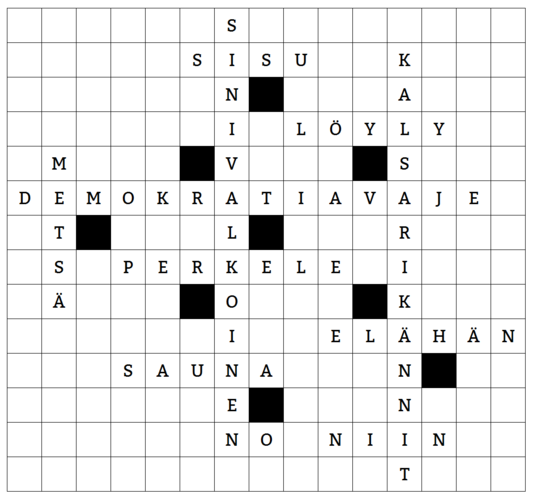 66
Do people think in a language?
8
Is the use of X for unknown quantities taken from the Arabic word "shay"?
8
In Sumerian and Akkadian, is the same word used for both ‘priest’ and ‘accountant’?