Did the DNC try to prevent Bernie Sanders from getting the Democratic nomination? [closed]

Ask Question
Asked 3 years, 3 months ago
Active 11 months ago
Viewed 260 times
3
Closed. This question is off-topic. It is not currently accepting answers.

In a question on the politics stack exchange, a user asks why the Democratic National committee tried to prevent Bernie Sanders from being selected as their candidate in the 2016 presidential election. Is the underlying supposition of this question true? The listed claim includes a Newsweek article about a lawsuit:

...but it has not been resolved, so no evidence is provided by this. Is there a source with better evidence to suggest that there was genuinely an anti-Bernie conspiracy in the DNC?

One notable example of the claim is this graphic produced by Wikileaks, which claims there is such evidence somewhere within 19,252 emails they released - but gives no details: 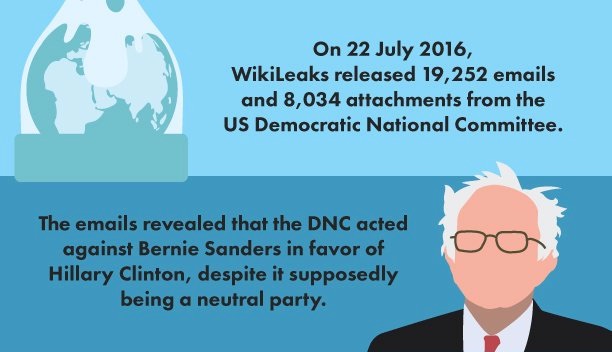 12
Do these photos from the Civil Rights Era show Bernie Sanders?
51
Did Bernie Sanders never “earn a steady paycheck” before 40?
38
Did the DNC claim in court that it has no obligation to have a fair and impartial primary?
11
Did the Christian Democratic Union of Germany (CDU) post this advert in Turkish?
8
Were Papadopoulos, Manafort, and Flynn subjects of FISA applications?
69
Did Bernie Sanders say that a woman cannot be president?
1
Did the Sanders campaign attack Biden with a “doctored video”?
63
Did Bernie Sanders say immigrants steal our jobs?
3
Is Bernie Sanders the first candidate to win the first three states in a competitive primary?