Did secret police in the Eastern Bloc use X-ray machines to give people cancer?

This Reddit thread claims that the Soviet secret police used hidden x-ray machines to give people cancer in order to remove them quitely from power. I've heard that claim colloquially before but have hard time believing it.

Apparently, in the early '60s the communist leaders of some European countries also received the same treatment from the Soviets, who wanted to get rid of them. They were invited to Moscow at some conferences and put to wait in some hallways that had X-ray machines embedded in the walls and received high doses of radiation. Gheorghiu-Dej, the leader of Romania, died after such a visit from liver cancer.

Stasi perfected the method to a ray gun constantly firing at the living quarters of a political prison. Allegedly.

Is it true that secret police in the Eastern block used X-ray machines to give people cancer?

This claim comes (according to multiple Wikipedia pages) from Crampton, R. J. (1997), Eastern Europe in the twentieth century and after, Routledge 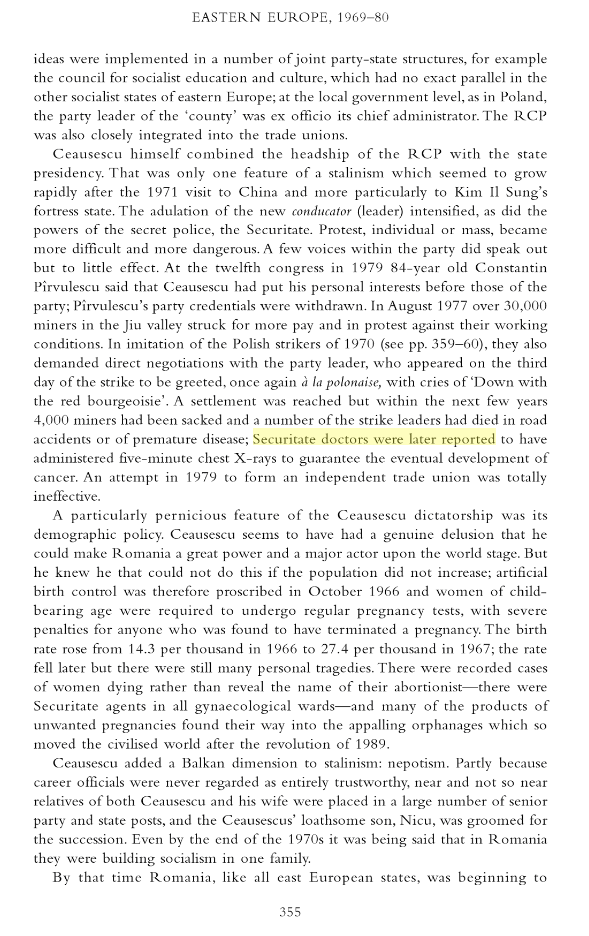 This is a relatively scholarly book, however this passage does not have specific references, and a cursory look to the bibliography did not reveal any specific source supporting it.

In my personal opinion, this claim is possible, yet unlikely. Assassination through radiation is certainly known to have happened, but it's usually much easier to achieve through poisoning. In fact, Securitate is claimed to have used such methods prior to 1977 in this memoir: 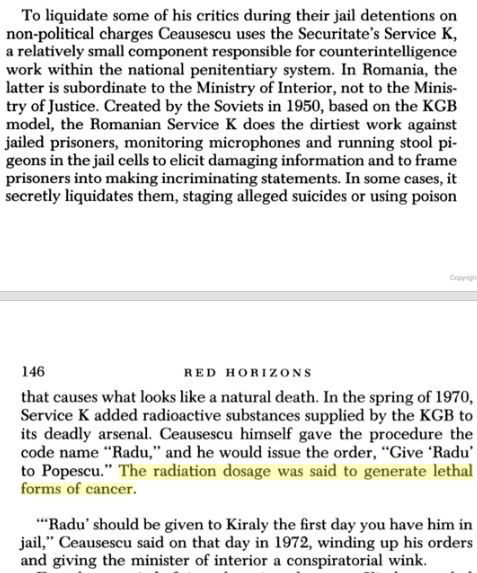 Furthermore, the claim seems to be limited to Reddit, Wikipedia and the book itself. I expected confirmations to be easier to find, this makes me think this could have been a little bit of propaganda sneaked in the Crampton book.

Not the answer you're looking for? Browse other questions tagged history soviet-union .

22
Did the Vatican build a secret property empire using Mussolini's millions?
21
Did the French Revolution cause people to give the Ace (in a deck of cards) rank above a King?
2
Did people use to urinate everywhere at fancy balls?
2
Did Socrates say “The secret of change is..."?
25
Did Iraq have the use of electricity 5000 years ago?
13
Did the Catholic Church forbid the use of forks in Medieval times?
8
Did 40% of the NKVD (Soviet police) leadership have Jewish nationality?
36
Did the Soviet Union murder over 20M people under its control after the war?