Did an Indian man make an airplane or flying device in 1895?

I've come across a lot of Indian sources claiming that an Indian man named Shivkar Bāpuji Talpade made an airplane or flying device in 1895.

Shivkar Bāpuji Talpade (1864 – 1916) was an Indian scholar who is said to have constructed and flown an unmanned airplane in 1895. Talpade lived in Bombay and was a scholar of Sanskrit literature and the Vedas.

Move over Wright brothers -- it was Shivkar Bapuji Talpade who first flew a flying machine over Chowpatty in 1895, eight years before the American siblings, according to the abstract of a paper to be presented at the 102nd Indian Science Congress in Mumbai on January 4.

from the Hindustan Times

There is even a high budget movie about him called Hawaizaada or Bambai Fairytale.

No. It seems that accounts of Talpade's work originate in a book that appeared around 1904 and which has been long discredited by Indian scientists.

The article mentioned by DaaaahWhoosh says ...

In 1974, scientists of Bangalore's Indian Institute of Science published a study after examining the theories put out in the treatise, and concluded that not only isn't the work ancient (it cannot be dated before 1904), most of the theories put forth are un- feasible. Noting that Talpade built models under the guidance of Shastry but did not succeed in making any of them fly, the researchers write, 'The planes described above are the best poor concoctions, rather than expressions of something real. None of the planes have properties or capabilities of being flown; the geometries are unimaginably horrendous from the point of view of flying; and the principles of propulsion make them resist rather than assist flying.'

... Dr. Talpade (of Bombay) tried to make models under the guidance of Shastriji, but that he was not successful in making any of them fly. 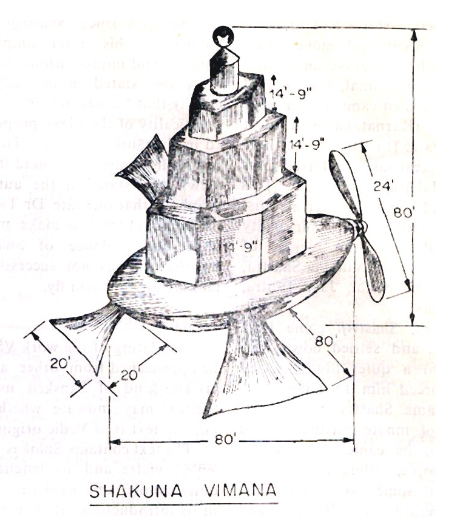 Not the answer you're looking for? Browse other questions tagged aviation india .

73
Are the claims made by Indian Ministers / personalities regarding ancient Indian inventions true?

57
Did an F-15 airplane successfully land with just one wing?
10
Did an Indian baby spontaneously combust 4 times?
6
Did British officers in Egypt use Indian soldiers to translate all radio messages into Hindustani?
8
Is this Indian Man, Mûrasi, 179 years old?
3
Did Ratan Tata rebuff an Indian minister asking him to meet with Pakistani businessmen?
10
Did the Indian Mathematician Aryabhata state that the earth was round and calculate diameter of earth
32
Did 64,000 married Indian men take their own lives in 2012 after charges of domestic abuse?