Hillary Clinton has recently claimed unfair treatment in the media.

“They were selling T-shirts and mugs at the Republican [National] Convention with Trump holding my head. Nobody said a word. Not a word!”
- Hillary Clinton: 'Nobody Said A Word' When It Was My Fake Severed Head - HuffPost

If true, she may have been treated unfairly. But that's the catch. Is it true that there were t-shirts and mugs with a picture showing Trump holding Clinton's severed head at the RNC?

This is a claim where we will likely only get circumstantial evidence for either side. We already have the statement of one reporter on Twitter stating that they didn't see these shirts in the convention and a radio host wondering if they may have been sold outside.

Clinton brought this issue up in response to an image by Kathy Griffin which she says is "a play on Perseus holding the head of Medusa".

The shirt motif in question is this one, also depicting Medusa, but with Clinton in her place: 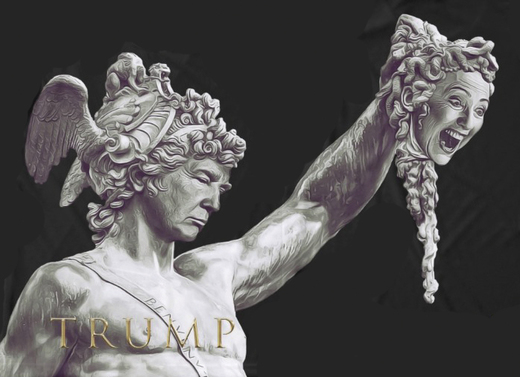 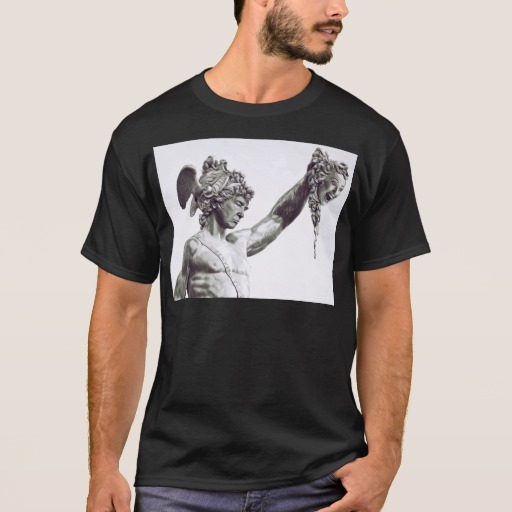 Mary Beard says in the London Review of Books that this was an often-used depiction:

This scene of Perseus-Trump brandishing the dripping, oozing head of Medusa-Clinton was very much part of the everyday, domestic American decorative world: you could buy it on T-shirts and tank tops, on coffee mugs, on laptop sleeves and tote bags (sometimes with the logo triumph, sometimes trump).

It is still available in various formats online (eg here, here, or here). The timestamped comments on the third link go back to at least January 2016, so the shirt existed before the RNC convention in July 2016.

Sexist merchandising was sold outside of the RNC, which for example called Clinton a "bitch", insulted her looks, or depicted her as the victim of physical violence.

I inspected anti-Clinton merchandise very hard in 2016, and I didn't see any such t-shirts around the RNC. Certainly not IN the convention. [...]

It also quotes a tweet from a conservative talk radio host, Jason Rantz denying the claim.

While absence of proof isn't proof of absence, in this case I think it's strong evidence. Given how unlikely, if this did happen, there would be no evidence, the lack of evidence is rather suspicious.