Is this an image of Kim Jong-un with a nuclear warhead?

In April 2016, the BBC News web-site published North Korea nuclear tests: what did they achieve?, which evaluated a March 2016 announcement that had made a nuclear warhead that would fit in a missile.

It included this photo and caption: 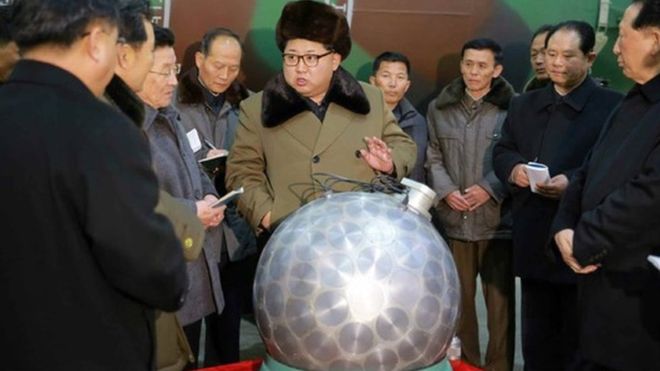 Is this an authentic picture of Kim Jong-Un with a nuclear weapon (or prototype)?