Is life expectancy "stalling" in the UK?

"Life expectancy stalling for the first time in 100 years"

To which the Prime Minister's response:

and continues to say:

There are a few claims later on that either is right but no evidence provided.

It isn't "stalling" but it is improving more slowly than the trend up to 2010.

There is some wiggle room in the word "stalling" that makes it a hard claim to be precise about. But showing the actual figures can help clarify the situation. Newspaper headlines and speculation about the possible causes of the "stall" have not usually contributed much clarity.

The BMJ however had a useful article earlier in 2017 which showed this chart which compares mortality to the level in 2001: 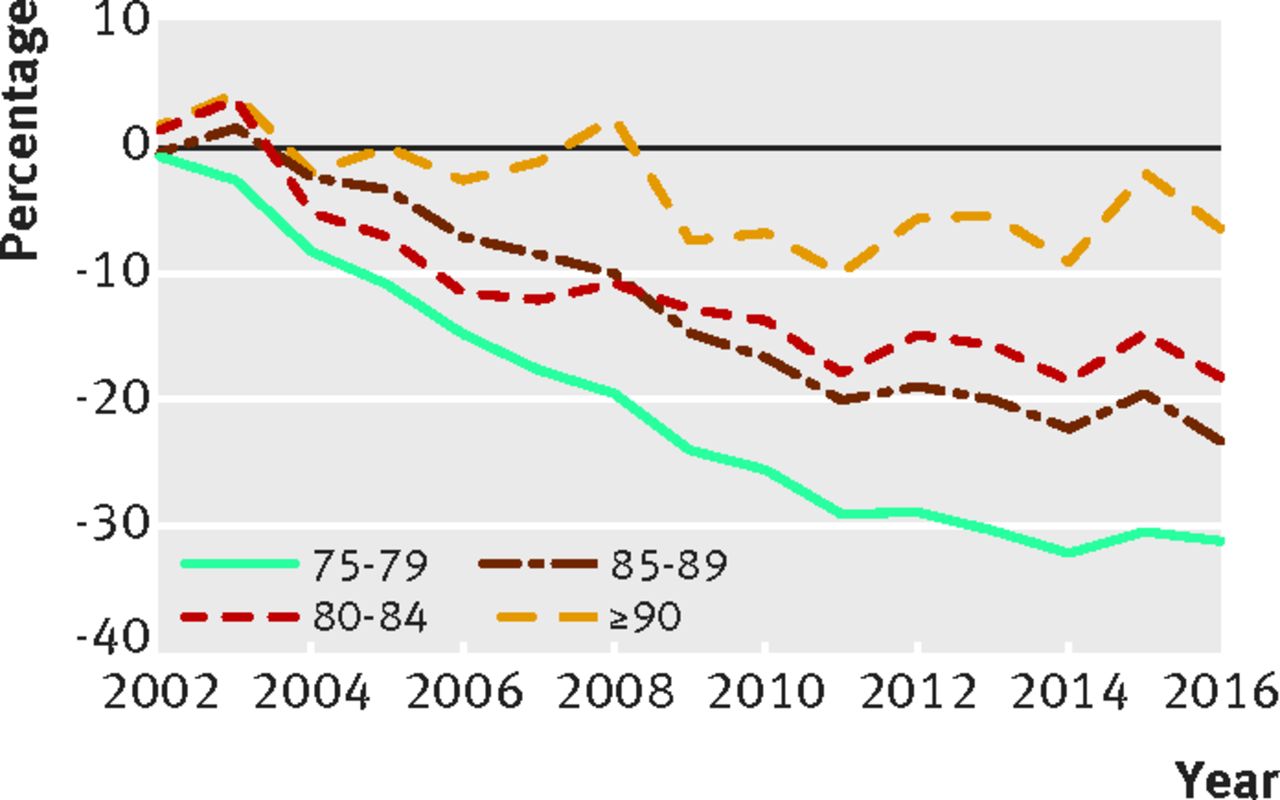 In summary, it looks like life expectancy is still improving but since 2010 at a much slower rate than in the previous decade. So you could, at a stretch, call that a "stall" but it might be more accurate to call it a slowdown.

John Appleby, a respected UK health economist, posted this on twitter in response to some of the media noise (original tweet here, but he didn't quote the chart's source): 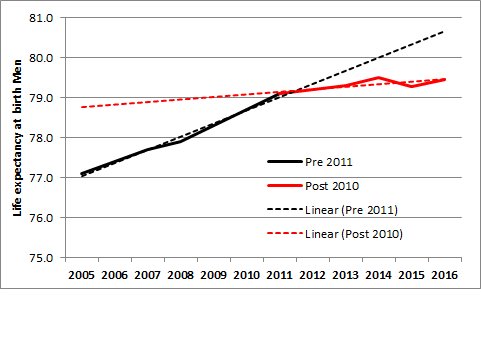 This clarifies that the trend is still positive, but much lower than before.

In summary, life expectancy is still improving but much more slowly than it did up to 2010. Call that a "stall" if you want, but you will probably just confuse things. 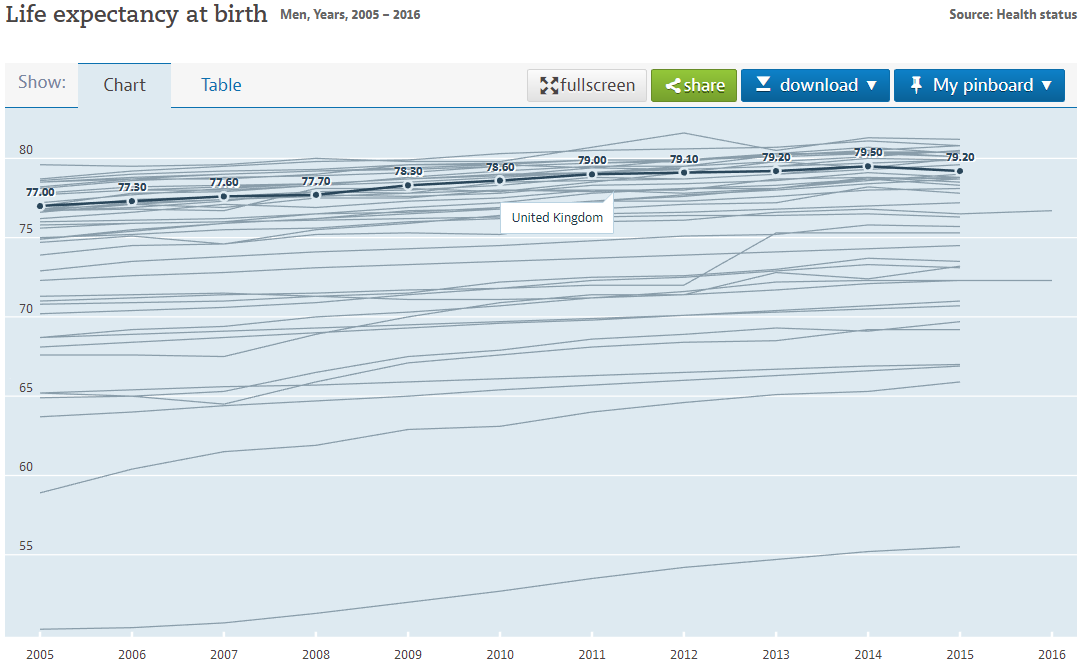 The graph might be better described as leveling off, reaching a plateau or stabilizing. Looking at the data here, you could say that life expectancy in the last 3 years has stabilized.

Stalling is a loaded word as it makes you imagine you are in an aeroplane and your line on the graph is about to drop out of sky. It also pushes you to believe that you are looking at a bell curve (or a hubbert curve if you are talking about some finite resource that will peak).

But years of life is not a finite resource, we are not going to 'use up' all the hospitals and retirement homes. On the other hand we currently understand there is some age where everyone is dead by, lots of science would have to change to drop the mortality rate to zero, and even to push past the hayflick limit we would probably have to turn into some jellyfish tapeworm robot thing that lives 200 years but isn't really human. The curve should plateau at some point.

Not the answer you're looking for? Browse other questions tagged politics united-kingdom life-expectancy .