Was Suzanne Coleman killed when she was 7 months pregnant with Bill Clinton's child?

Are these statements true about Suzanne Coleman found on Twitter? I tried searching her name, but nearly all results were about 'Clinton Body Counts'. She doesn't have a Wikipedia page. 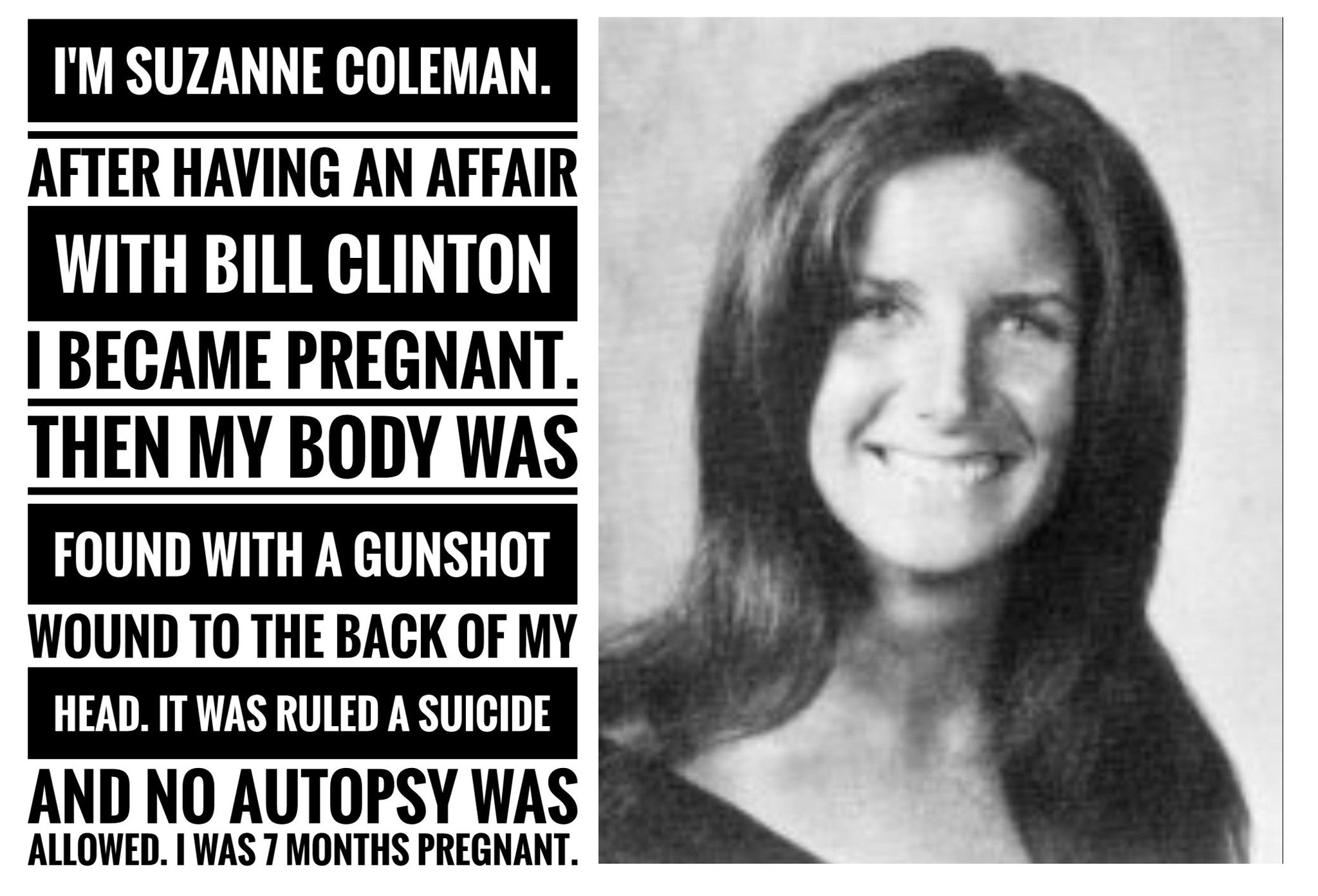 Snopes mentions this as part of its FALSE "Clinton Body Bags" page:

15. Suzane Coleman — reportedly had an affair with Clinton. Was seven months pregnant at the time she was found dead of a gun shot wound to the back of the head, ruled suicide.

At the time of Susan Coleman’s suicide, Bill Clinton was her law professor. In 1992 an overzealous supporter of George Bush hired investigators to probe this girl’s 1977 suicide, and they found no evidence that she and Clinton had an affair. It was an old rumor and a baseless one, and even a determined attempt at muckraking turned up nothing to substantiate it.

Suzanne Coleman had an affair with Bill Clinton when he was Attorney General in Arkansas. On 15 February 1977, she “committed suicide” with a gunshot to the back of the head. No autopsy was performed, but it has been alleged that she was seven-and-a-half months pregnant with Clinton’s child, although never proven.

So your claim is true to the extent that Suzanne Coleman's death was ruled a suicide. There does not seem to any evidence for the affair or pregnancy claims; if there had been then both these quotes would have said more

Not the answer you're looking for? Browse other questions tagged united-states bill-clinton .

22
Does Barack Obama have an aunt who was a homeless illegal alien that used government housing for 10 years?
17
If attacked, does having a handgun increase your chance of injury?
9
Is Melania Trump a Slovenian-American dual-citizen?
7
Did the U.S. government try to rename hamburgers to “liberty sandwiches”?