Do cows contribute more to atmospheric warming than cars?

In this article and many others, I read that cows are contributing to the climate change more than cars in releasing CO2.

A United Nations report has identified the world's rapidly growing herds of cattle as the greatest threat to the climate, forests and wildlife. 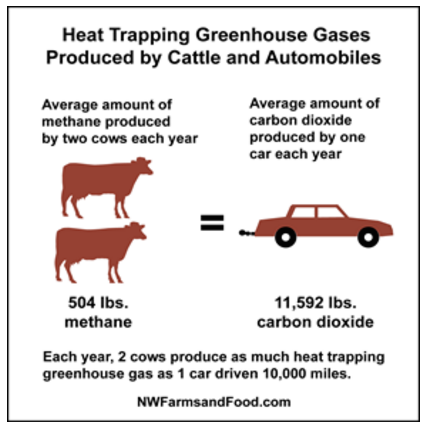 Regardless of whether two cows produce as much greenhouse gas as a car, we have a lot of other polluters:

Let's take a look at the United States according to the US's EPA: 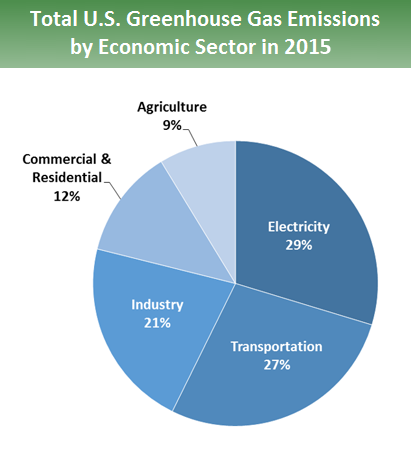 Digging down further into their numbers for Agriculture, enteric fermentation ("cow belching", or more accurately, all livestock emissions) makes up one third of the numbers for "Agriculture", which in the US is only 9% of the greenhouse emissions. Mostly it's farming that introduces greenhouse gases in agriculture.

If we look at the worldwide emissions, also on the EPA's site: 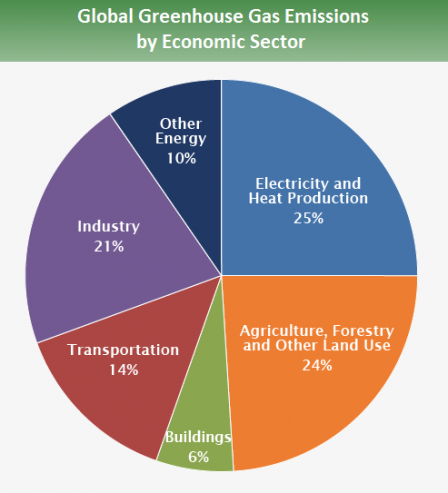 Here, agriculture & forestry together produce less than a quarter of pollution, and that includes deforestation.

They also note that, while they don't include it in the graph, the biosphere, or natural carbon cycle, offsets only 20% of the agricultural output, or 4.8% of anthropogenic GHGs. I shall not include it in my calculations as it is a global effect, not specific to cows.

According to the Food and Agricultural Organization of the United Nations, Livestock in its entirety produces 14.5% of total greenhouse gas emissions, as opposed to transportation (car, truck, airplanes) taking 14%. It also notes that cows are responsible for 65% of those emissions, for a total of 9.45% of emissions. As for cars, according to the EPA once again, "light duty vehicles" (ie, cars) make up 61% of transportation emissions, for a total of 8.54% of total emissions. So in that view, yes, cows produce more total emissions than cars, but this doesn't mean that cows are more to blame than humanity for climate change.

Cows would not naturally appear in this population if it would not be us breeding them (using fossile fuels to mass-produce soja, harvest protein from the sea to feed cows and artificially inseminating them to even reproduce under stressful conditions while locked up in cages). The ecological footprint caused by is mainly caused by humans.

So, yes, humans are the main factor here, even if it goes via the cows and not the cars....

21
Do active volcanoes emit more CO₂ than humans?
14
Was the cretaceous the last time atmospheric carbon dioxide was significantly higher than it is today?
6
Do women 'consume more sustainably than men'?
4
Will a warming climate cause more crime?
3
Is there more global sea ice than 35 years ago?
18
Is animal agriculture responsible for more greenhouse gas emissions than transportation?
12
Is burning 1ha of grassland more environmentally damaging than 6000 cars?
8
Is there more forest in the Northern Hemisphere now than 100 years ago?
12
Do termites produce 10 times more CO2 than humans?