Is the economic situation portrayed in "Loving" accurate?

The recent movie Loving is acclaimed for its historical accuracy. Whereas the story about the case in front of the supreme court is documented as someone from a much later generation I am skeptic but uninformed about the economic situation portrayed in the movie.

The main character works in construction (Virgina, USA) as a bricklayer in the early 1960s. From this income, no inheritance and a small side income from betting on quarter mile car races he is able to support: his wife, 3 children, two cars (at least one is a V8 pony car) and can afford to buy a decent 3 bedroom house in rural Virginia.

From today's view with a median income for such a job of $40k this seems not affordable. So is the the situation portrayed in the movie accurate and if so what changed relative to 1960?

In brief, yes, the economics is correct and possible because he was paid $5 an hour as a brick mason, which is equivalent to $37 an hour or $75,000 a year in 2017, and because he built a simple cinderblock house himself.

White construction worker Richard Loving, and his Negro wife, Mildred, refused to see their marriage smashed because of bigotry. They lived like vagabonds, eventually huddling three children from farm house to farm house and from city to city...

The article quotes Richard Loving as saying after the decision:

According to a September 1967 Ebony article:

They have land, money, plans for new home

According to the 2004 article Mr. and Mrs. Loving: The Caroline County couple who reluctantly changed history:

He worked as a bricklayer, but virtually every spare moment was spent drag racing in a car that he co-owned with a black friend. ...

[after the decision] the couple moved back to Central Point, where Richard built a simple, cinder-block house just up the street from both of their parents, on Passing Road.

A recent article says that the below photo is that of Richard and Mildred's home on Passing Road. 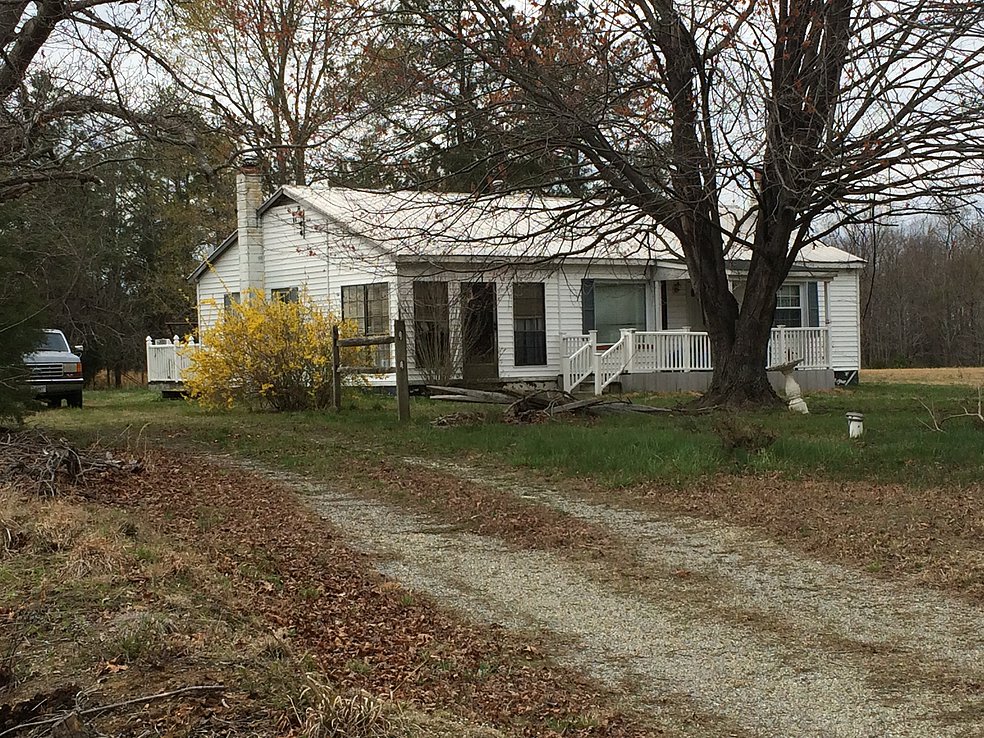