Was a package of McDonald's dipping sauce just sold for almost $15K?

Apparently, this whole weirdness started when the sauce in question was referenced in a cartoon called Rick and Morty. Here's the just over minute long video. According to Mashable, the cartoon reference led to "numerous petitions on Change.org asking McDonald's to bring back the sauce, one of which has reached more than 8,000 signatures".

According to Time, Fox News, USA Today and many others, an unnamed person sold on Ebay a found 20 year old packet of Mulan McNugget Sauce to a fan of the Rick and Morty show for nearly $15K.

Yes, there was an eBay auction where someone purported to have an original package of the Mulan Szechuan Dipping sauce from McDonalds. 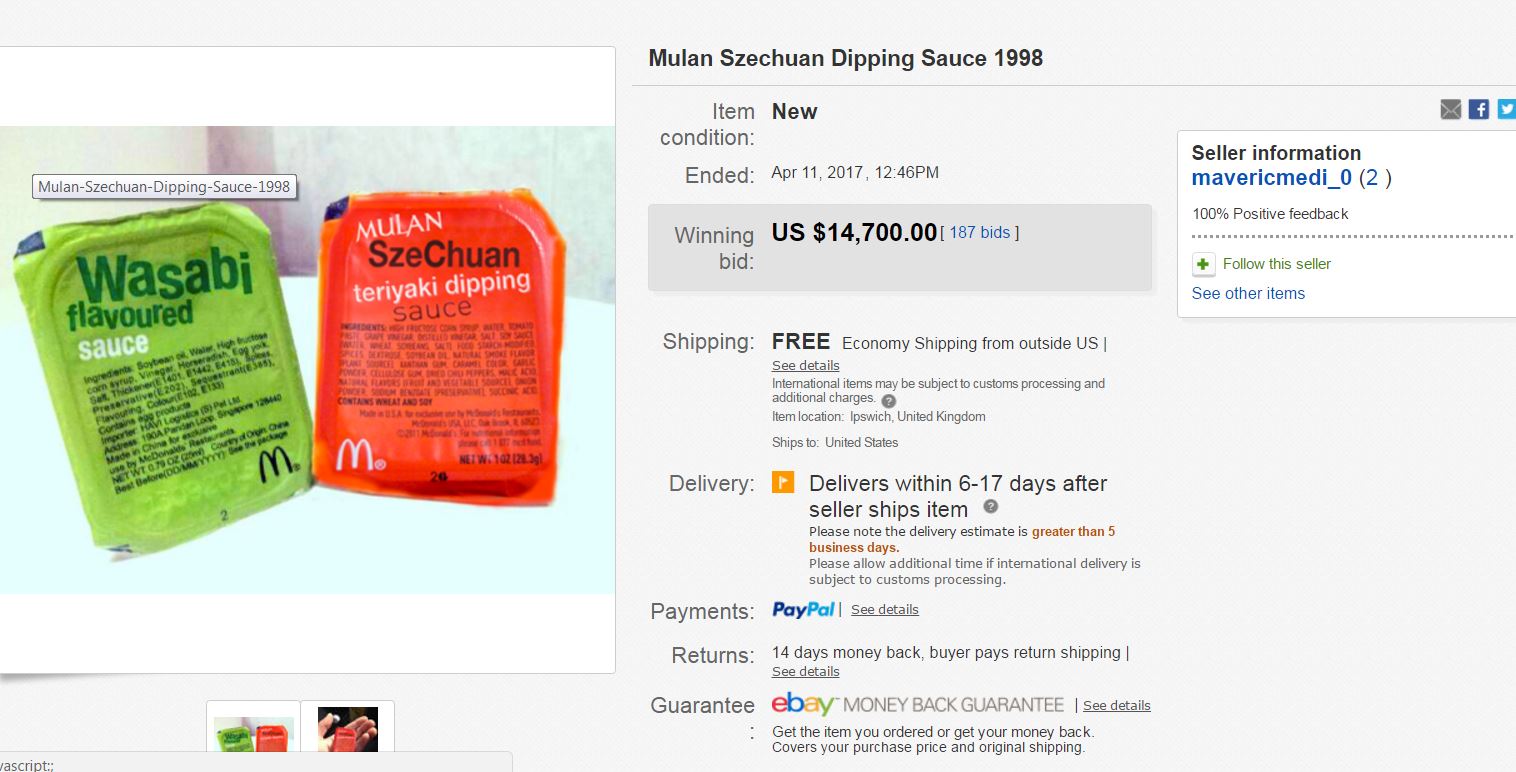 The picture in the eBay listing matches this one from eater.com (and elsewhere on the Internet): 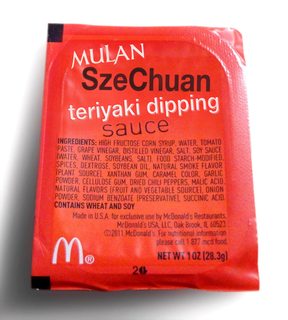 When compared to this photo of a BBQ sauce package from An Immovable Feast, it can be seen that - suspiciously - both list exactly the same ingredients, 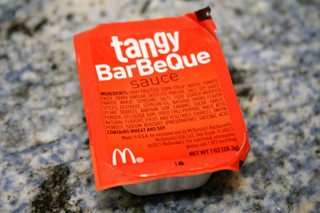 Furthermore, when it is compared with this picture of BBQ sauce package found at Mouthful of Sunshine, it can be seen that it shares the same reflections. The Mulan image on the right has been faked based on the package on the left. 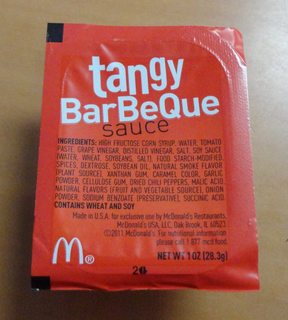 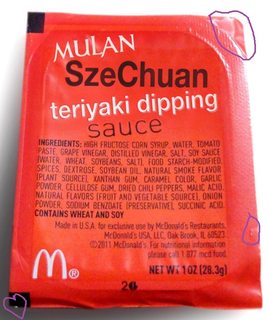 The faked image also contains the copyright date of 2011, despite the sauce being discontinued in 1998. 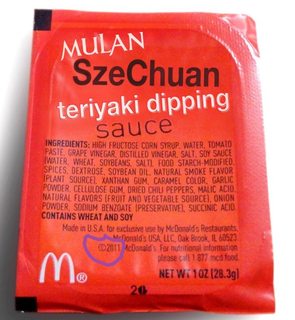 It is clear that the picture of the item being sold has been faked.

Two other items make me suspicious that this was a deliberate ploy (or prank) by McDonalds and the creators of Rick and Morty:

Not the answer you're looking for? Browse other questions tagged marketing business .