Is Kim Jong UN a space alien according to new NASA evidence? [closed]

Ask Question
Asked 4 years ago
Active 4 years ago
Viewed 2k times
-10
Closed. This question is off-topic. It is not currently accepting answers.

According to Sunday Sport newspapper (front page from 21st May 2017), based on recently leaked top secret documents and conclusion from a top NASA and Pentagon suggests that 'Kim is an ET sent as an "advance guard" to destabilise the planet ahead of a full-scale invasion from outer space'.

The report, entitled "Possible extra-terrestrial origin of North Korea high command", states that analysts have been examing the appearance and behaviour of Kim, 32, and several of his top North Korean generals.

I've tried to search, but I couldn't find such report.

How reliable is that information? Is Kim Jong UN really a space alien? 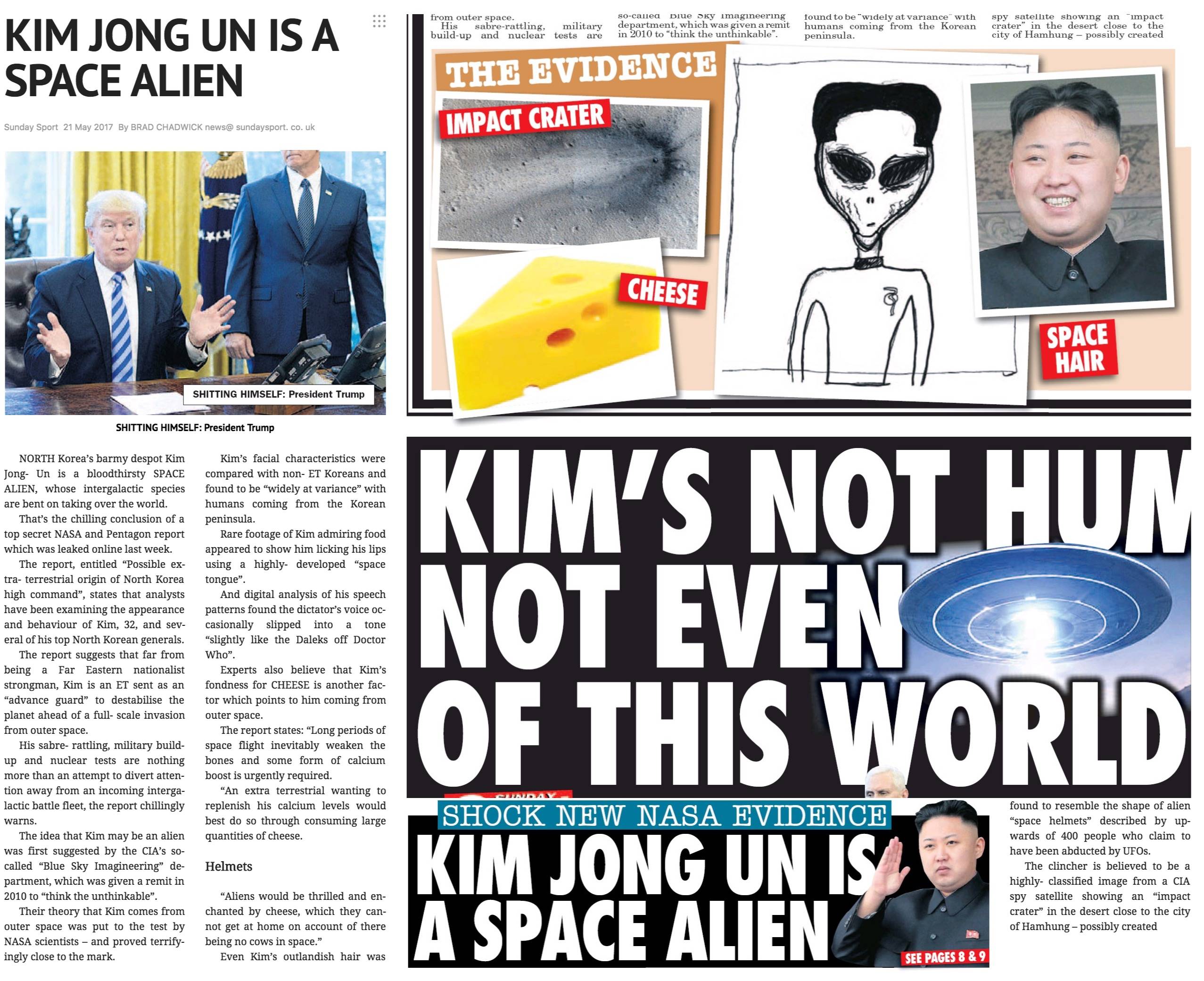 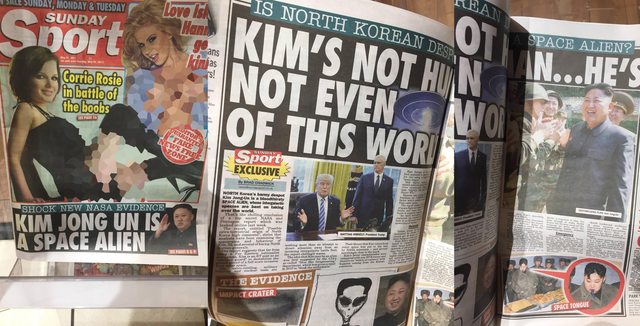 How reliable is that information?

Not reliable at all. The Sunday Sport wikipedia entry says as much:

...It prints plainly ludicrous stories, such as "London Bus Found Frozen In Antarctic Ice", or "World War II Bomber Found On The Moon". Defenders of the paper pointed out that it was not intended to be taken seriously.

They may have a wide audience, but it's more for entertainment reasons and not because they're a reliable lens with which to view the world.

Not the answer you're looking for? Browse other questions tagged aliens nasa north-korea .

31
Is there any strong evidence of alien life?
3
Do North Korean men have to cut their hair like Kim Jong Un does?
2
Did Kim Jong Un have his Uncle's entire family executed?
41
Did NASA director Charles Bolden claim that an alien invasion will happen soon?
3
Does Kim Jong Un listen to Katy Perry?
21
Did the North Korean government ever say that Kim Jong-il never defecated?
0
Did Kim Jong-Un have his uncle 's body fed to dogs?