Do antibiotic resistant infections kill 700,000 people a year in India?

The BBC news website ran a piece earlier this month by Dr Michael Mosley, which included the following claim:

It's estimated that antibiotic-resistant infections currently kill at least 700,000 people a year [in India].
...

No source is cited for these figures. Are they supported by evidence?

These estimates are worldwide, with this being the source (AMR = AntiMicrobial Resistance): 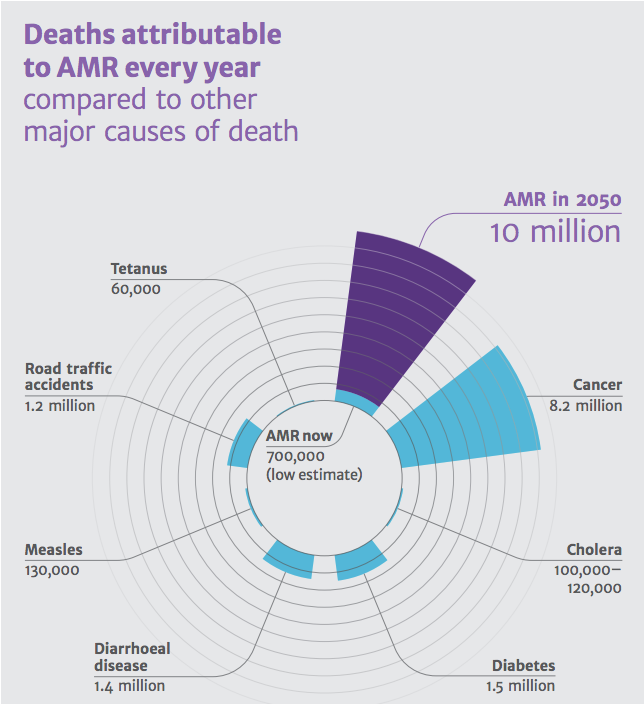 Antimicrobial Resistance: Tackling a crisis for the health and wealth of nations

The 700k number was apparently calculated by extrapolation, which is not very reliable:

The scientists led by Marlieke de Kraker found the Review’s global deaths estimate not credible because it was based on incomplete data from the European Antimicrobial Resistance Network (EARS-Net), which records instances of infections in 895 European hospitals.

The new study argues this data is not representative of infections across Europe as a whole. This is because a third of the hospitals that report to EARS-Net are large specialist hospitals, whose patients will naturally be carrying more infections than patients in, for example, a smaller hospital or a GP’s surgery.

The AMR Review had extrapolated infections data from the 895 European hospitals to calculate the global number of infections, which the new study calls “a crude approach”.
British study's claim 10 million people a year could die because of antibiotic resistance dismissed as 'unreliable'

Here's what data I was able to find about India specifically:

Although accurate estimates of the overall burden of resistance are not available, it is estimated that 58,000 neonatal deaths are attributable to sepsis caused by drug-resistance to first-line antibiotics each year [4].
Antibiotic Resistance in India: Drivers and Opportunities for Action

Not the answer you're looking for? Browse other questions tagged medical-science india disease antibiotic-resistance .