I saw this video where a guy shows he has a 10 pack. Then in the comments people explain the human body only has 8 ab muscles. Some claim the bottom two muscles are implants. 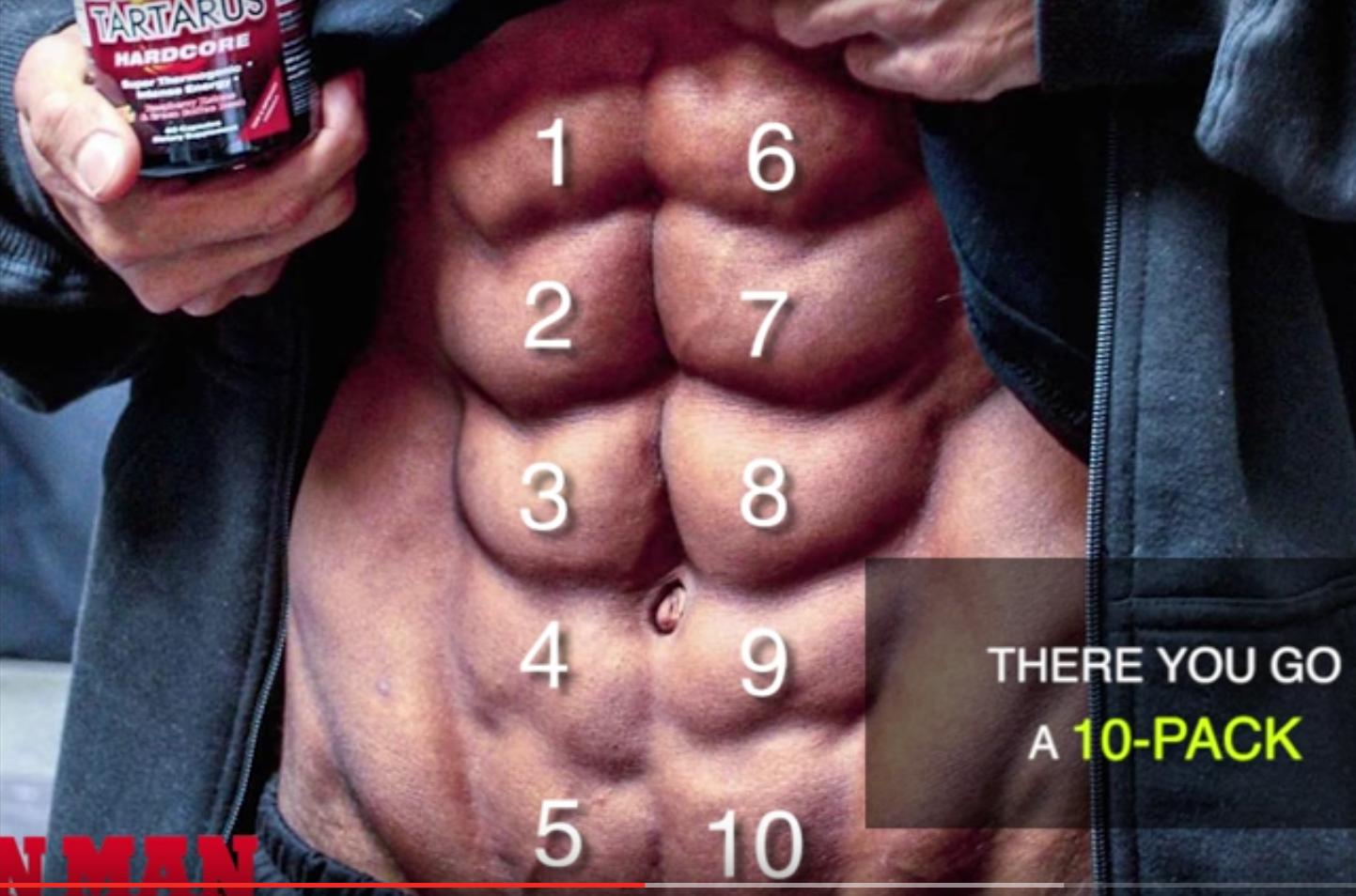 Can this be real, or does he actually have surgically implanted fake bottom abs? I'm curious to know if its really possible.

physiology bodybuilding
share|improve this question
asked May 13 '17 at 0:02

The appearance of compartmentalized 'ab muscles' is due to an anatomical structure called the abdominal linea alba.

It is common for there to be three 'tendinous intersections' (on each side) which create the classic 'six-pack' appearance -- however, studies of cadavers indicate that, due to genetic variations, four or even five are possible; a different study found again that three was most common, but noted that two or even just one was also possible.

Again, these are genetic variations and having a 10-pack is not indicative of superior physical fitness compared to those mere mortals who can only muster an 8-pack.

Not the answer you're looking for? Browse other questions tagged physiology bodybuilding .

11
Is the runner's high a real phenomenon?
9
Can martial artists strengthen limbs, appendages, and other parts of their bodies to “super-human” degrees?
27
Does a typical human on a western diet have undigested protein stuck in their body from years of eating certain foods?
21
Is umami a real flavor, or a marketing strategy?
60
Is this André the Giant's hand holding a can of beer?