During Great Britain's coal-free day, were coal plants shut off, or active and generating power GB didn't use?

On Friday 21st April, the UK National Grid announced the following on twitter:

National Grid can confirm that for the past 24 hours, it has supplied GB's electricity demand without the need for #coal generation. 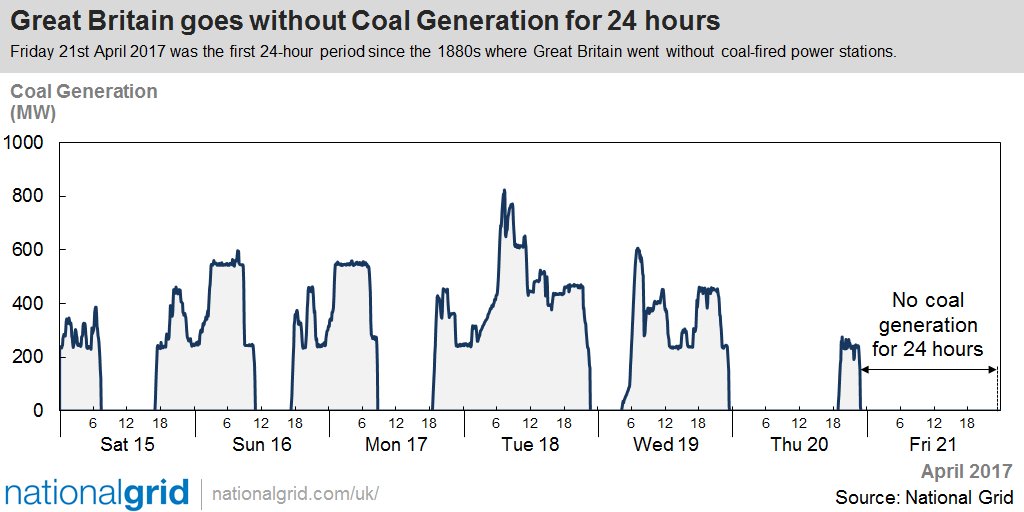 When I speak to people living here in the UK or abroad about this, they bring up that it is unclear whether:

I agree with them that it's ambiguous. A common point of doubt has been that surely they can't just shut down and start up the coal plants that fast.

Someone in the twitter thread requested some clarity around this, to which National Grid did not reply: “Were there plants burning coal, but they weren't feeding the grid? Or were they all totally cold?”

Were coal power stations running and generating power that Great Britain didn't use, or were they actually shut down?

It looks like the event actually included all the coal-fired power plants in Great Britain going off-line:

The control room tweeted the milestone on Friday. It is the first continuous 24-hour coal-free period for Britain since use of the fossil fuel began. West Burton 1 power station, the only coal-fired plant that had been up and running, went offline on Thursday.

It is, however, not clear what "offline" means in this context. Offline could mean that the West Burton (and other coal-fired) plants were in "Non-spinning Reserve," which would mean the turbines were not being driven by any coal burning and a considerable start-up time would have been required to start the power plant up again; or it could mean the at least some of the coal-fired power plants in Britain were in "Spinning Reserve," where they would not be actively contributing electricity to the grid, but coal was being burned and the turbines were spinning so that contributions of electricity to the grid could start quickly if demand picked up.

Without information on which of these states the power plants were in, it is not possible to say whether coal was being burned in Britain. However, the National Grid did clarify in a later tweet that coal did not contribute to the generated mix of power including exports (which is why the percentages in the tweet below add up to higher than 100%.) 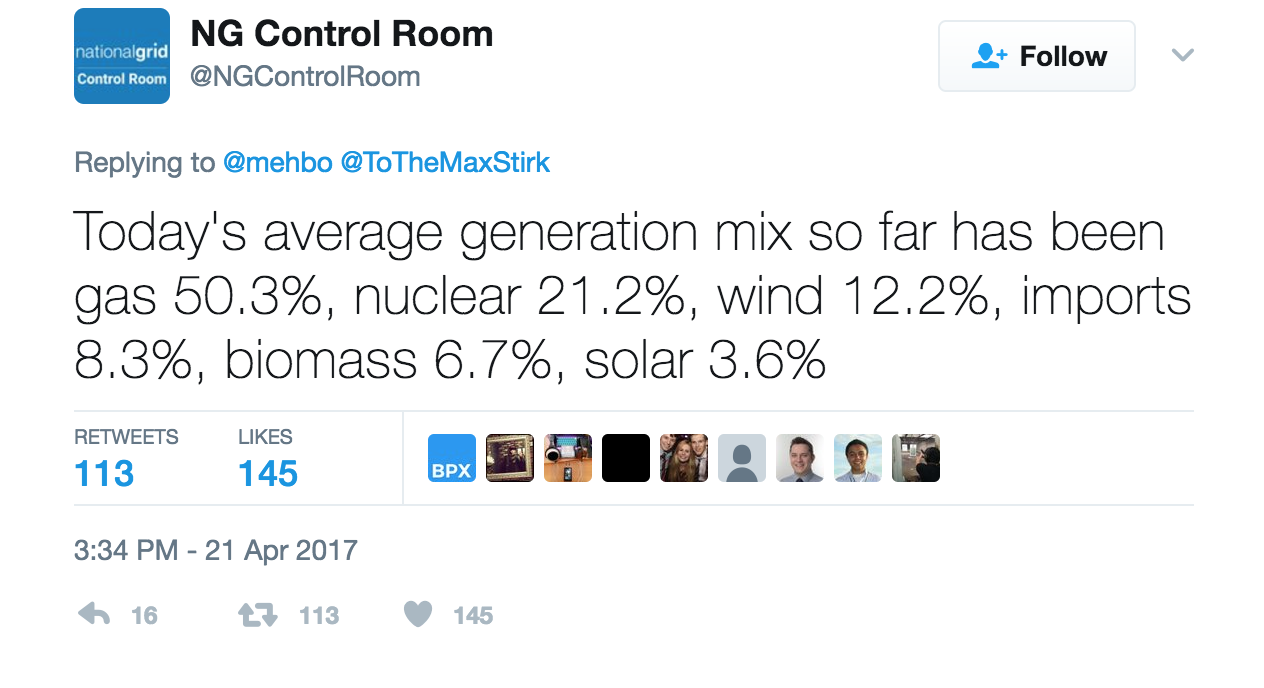 Imported power, on the other hand, did include some fraction of coal generation, as clarified by this tweet:

We don't know. As you said in the question, the National Grid did not answer when asked about it and "being offline" is sufficiently undefined to not answer the question.

It's actually four twitter posts in this thread which ask this question and none of them is answered.

I searched the press coverage of the events, but none of what I could find answers this question. BBC, Guardian, NY Times, and Fortune.

Looking at public available information about the West Burton Power station (the one that needed to be taken offline) does unfortunately not answer this question. Wikipedia, EDF energy, Hadek.com.

In absence of specific information of what happened in the West Burton power station on 21st of April I guess that most likely the coal consumption was reduced but maybe not to zero.

Coal power stations are known to need some time to stop and again to start again. It all comes down to the technology and economy of coal power plants.

Please see the article about cycling of coal power stations cited by Mark in the first comment under the question.

The Technical Assessment of the Operation of Coal & Gas Fired Plants by the UK government lists some technical limitations for starting and stopping coal power plants as well as some typical cold/hot startup times in the order of hours.

From reading this brochure The Future Role of Fossil Power Generation by Siemens I gather that:

Not the answer you're looking for? Browse other questions tagged united-kingdom power-generation .

25
Do (non-British) EU citizens make up 95% of the veterinary workforce in UK food production?