Are these figures about sexual harassment by Trump, O'Reilly, Ailes and Obama correct?

I found a graphic I think Fox News might've missed. 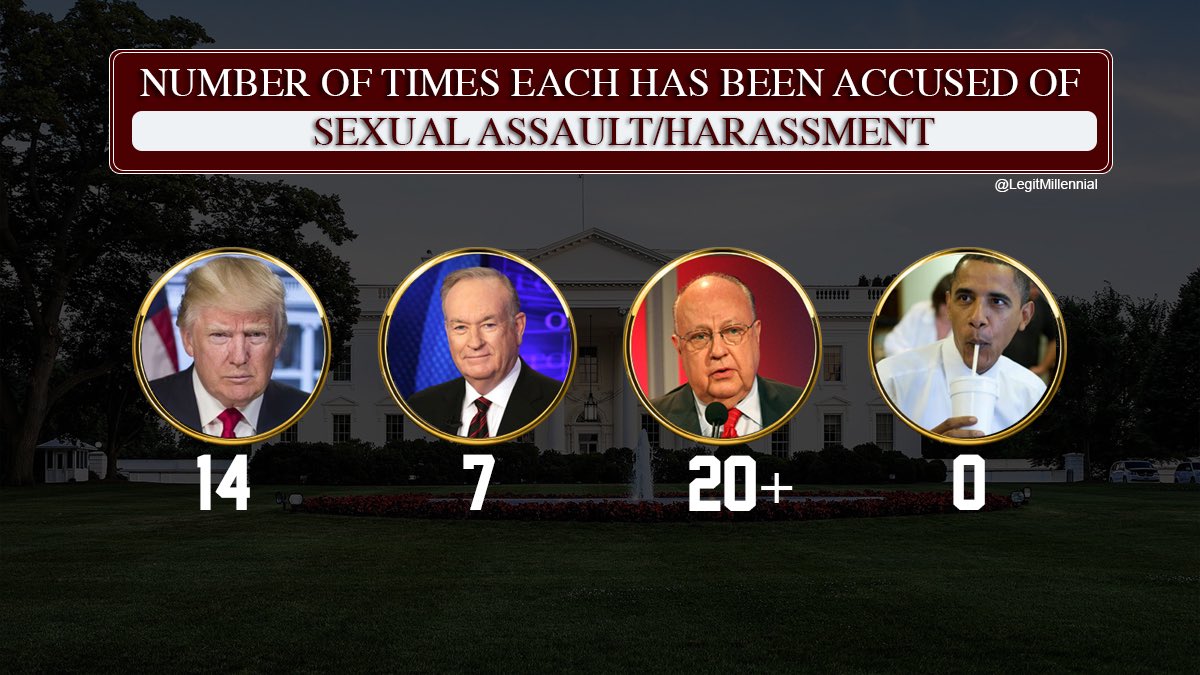 Number of times each have been accused of sexual assault/harassment

Is the data presented in the image accurate?

Yes those numbers appear to be largely correct if you only consider accusations that have lead to a law suit or have been widely reported by news media.

Wikipedia has a list of the accusers of Donald Trump:

In addition, there has been accusations that he has entered the dressing room of a number of pageants.

The New York Times reports five settlements. Taking into account this article by the Chicago Tribune and this one by AXIOS, I compiled a list of accusers (in no particular order):

Huffington Post gives the names of eight. Since then, Alisyn Camerota ha also alleged sexual harassment. It isn't clear where the 20+ figure is derived, but there are certainly many different accusers.

14
Are these statements about Trump accurate?
8
Are the voting figures correct in this image about historical US decisions by party?
6
Are white people who believe Obama is Muslim largely Trump sympathisers?
64
How accurate are these nine charts of the economy under the Obama Administration?
38
Are these photos of protests posters against the Obama Administration real?
17
Are these rape statistics correct regarding rapes of black women by white men between 2003 and 2008 in USA?
30
Are these pictures of Osama Bin Laden with Obama, Rice and Hillary Clinton authentic?
1
Are these claims about the changes in the economy during Obama accurate?