Did rape crime drop by 90% in Orlando in 1966 due to women firearms training?

Are these images claims valid? 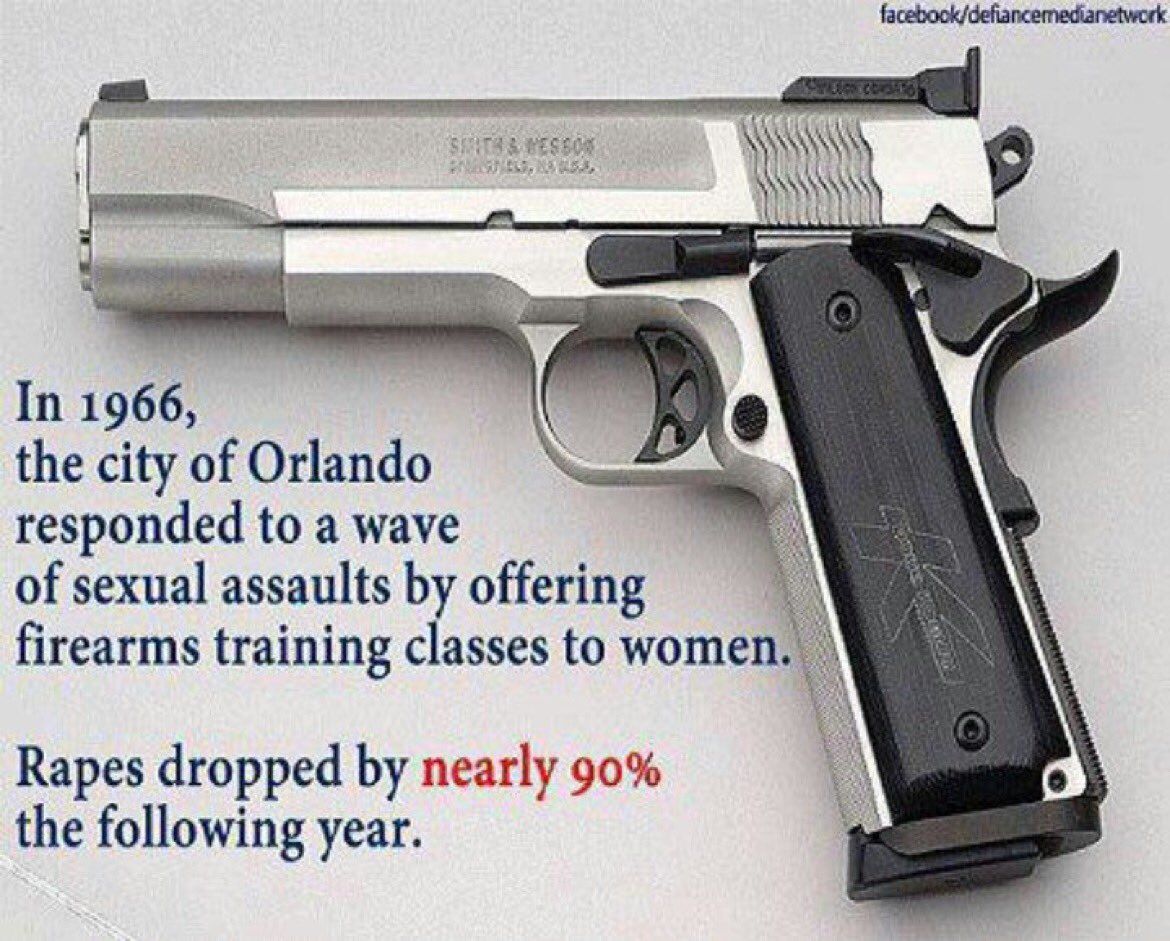 Did rapes really drop by 90%? And was it due to women having firearms training (as the image implies)?

The claim that guns were a causal factor in rapes going down in Orlando is from a paper from Gary Kleck, a legitimate criminologist from Florida State. I believe that it is this article, but it doesn't appear to be easily accessible online.

The raw data is supposedly available from github as linked at the bottom of here. (The analysis itself from The Sandy Hook Project might reasonably be considered biased).

Rapes per year in Orlando according to The Sandy Hook Project:

It appears that there were controversial aspects to the analysis from the beginning. See one quick discussion here.

Since Orlando was small at the time (less than 100,000 persons), the rape rate was pretty variable from year to year. It can be hard to separate a random fluctuation from signal. Comparing a window of years from before and after the gun training shows that there were actually more rapes per year after the training (15.5 rapes per year to 19.1). But, this increase was smaller than the increase in the surrounding area.

There appears to be a debate about whether or not this difference can attributed to randomness - and Kleck used a very permissive 2 standard deviations threshold to rule out randomness. Kleck also appears to have been comparing Orlando to much larger cities - he states that the percentage decrease was larger than in any other US city with a population of over 100,000, but Orlando had a population smaller than 100,000 at the time.

In conclusion, the statistics are hardly definitive, and the analysis is unlikely to change anybody's mind on either side of the debate.

It appears that the numbers are cherry picked to match the agenda. It's also very dubious that guns training was the cause for the drop - in the next few years the number of rapes increased steadily, if guns lead to a drop it would be logical to assume that the effect remains fairly steady in the following years.

25
Have one in ten women suffered rape in the UK?
22
Is rape a crime about violence and power, or a crime of passion?
19
Does legalizing prostitution decrease sexual violence against all women?
17
Did Golda Meir make this quote about curfews for women?
11
Did Soviet soldiers commit two million rapes of German women in 1945?
2
Did a study found that 21.4 percent of women working as escorts in Chicago, US had been raped 10 times or more?
10
Do 90% of rape cases in the UK go unreported?
5
Did these politicians say these quotes regarding rape?