In a well-known Youtube channel there is a scene where a scooter had some kind of short circuit caused by magnetron used as a weapon from a distance. I never saw this channel to have fakes but one guy does not believe, saying:

OK, rough calculations erring on the side of the fake one. The real one shows a magnetron from a microwave oven, so let's say that's a really shitty one with 650W output. Let's assume you need the same amount of power to fry a bike's electronics as you do to light up a fluorescent tube. You would actually need a hell of a lot more, but we are being (very) generous and lazy when it comes to research. 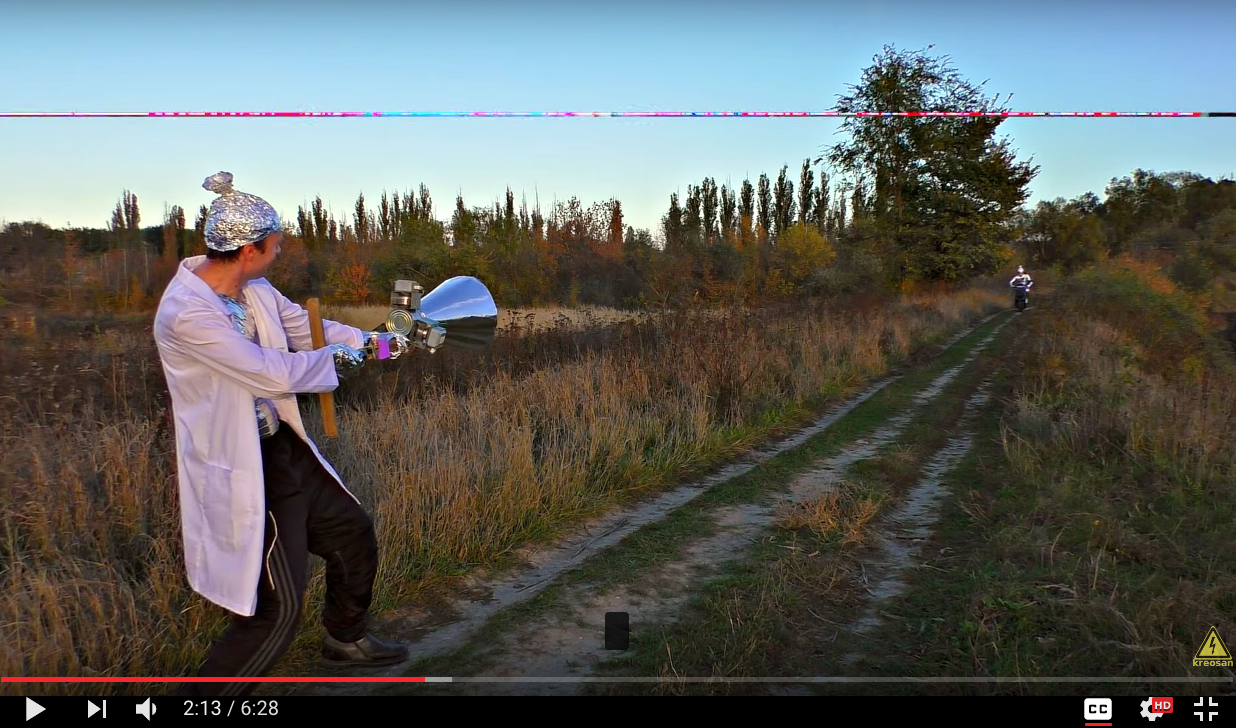 I'm going to go out on a limb and say this is plausible. The main issue is your calculations are way off. This paper Beam Control Technologies With a High-Efficiency Phased Array for Microwave Power Transmission in Japan shows your numbers are off by orders of magnitude. From that document

The efficiency of the magnetron was above 70%, and it was the cheapest available microwave device

While I don't expect you would to get anywhere near that efficiency, I'm not sure you need to. If this actually works, I believe the ignition coil is acting as a loop antenna. At 2.5GHz, the wavelength is 12cm, which would mean the ignition coil has a fairly good chance of being about the right size. To actually disable the vehicle you would only need to transmit enough energy to burn out a fuse. This link Directed Microwave Energy he describes destroying a cellphone using three magnetrons. I think using some heavy duty capacitors, you could get a fairly substantial kill range.

Feel free to let me know if I have anything wrong.

Not the answer you're looking for? Browse other questions tagged road-vehicles electromagnetism weapons video .