Do dentists have an unusually high suicide rate? 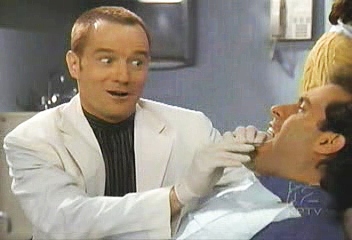 It seems to be a common belief and I have heard it mentioned in movies (e.g. The Whole Nine Yards) and TV shows (e.g. Seinfeld):

Dentists have the highest suicide rate of any profession

My question:
Are dentists more prone to commit suicide than the general public?

psychology sociology dentistry
Share
Improve this question
asked May 28 '11 at 11:25

Here's an article from the American Psychological Association from 2001 that discusses the futility of even trying to measure this:

Here are some reasons:

So, there's no particular reason to think dentists have the highest suicide rate, although some study somewhere may have come to that conclusion.

The Australian Institute of Criminology found, when looking at the patterns of suicide by occupation:

The general pattern in Australia is that those in unskilled and semi-skilled blue-collar occupations which are characterised by low job autonomy, greater external supervision, less on-the-job training, poorer promotional possibilities, lower wage levels and greater sensitivity to market forces tend to have high suicide rates. Furthermore, their suicide rates increase significantly with age. Occupations which are generally high status and have good career paths, and are well paid, have lower suicide rates.

They did not explicitly mention dentists, which I interpret to mean there is no unusual association that needed mentioning when discussing the topic of occupational risk. Thus, it would be expected that Australian dentists have a low suicide risk.

I think it is safe to assume that suicide profiles in Australia are similar to other countries.

Not the answer you're looking for? Browse other questions tagged psychology sociology dentistry .

45
Does child rearing by homosexual couples have any measurable negative effects?
5
Have any questions where the underlying cause was thought to have had both a psychological and social component been thoroughly settled?
14
Are suicide rates higher during week-ends and holidays?
50
Are a high percentage of scientists atheist?
17
Is Sensodyne recommended by "nine out of ten dentists"?
12
Are discussions about suicide themselves suicide triggers?
10
Is suicide caused by or correlated with living at high altitude?