Did CNN use these 3 different photos of the same girl being rescued?

Here is a link to the meme on Facebook.

Here is the meme itself: 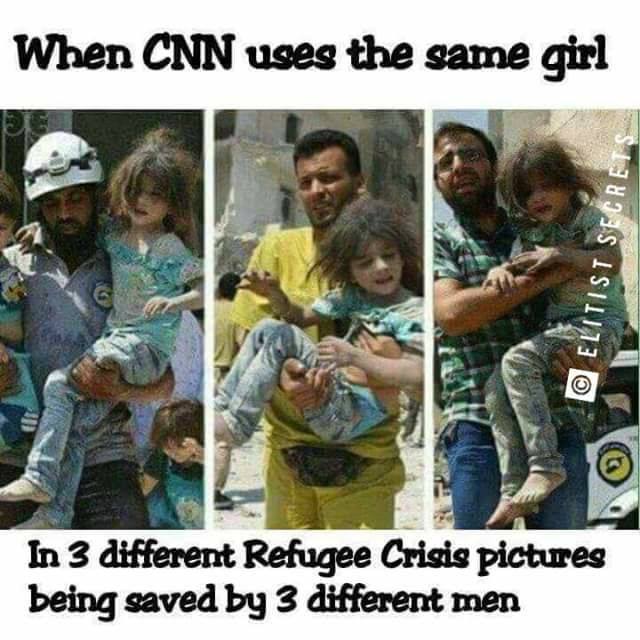 When CNN uses the same girl

Here is a Snopes article about the image.

The images are real, and they do indeed show the same girl. The implication of the meme seems to be that CNN faked the image, or used it in a different context. There is no evidence for either.

Were these photos published or used by CNN?

The first and second image were used by CNN and correctly describe the context of it. I was unable to find usage of the third image, but that doesn't mean that it doesn't exist.

If so, are the photos shown in this meme unaltered from their use by CNN?

They are cropped, but the same girl is indeed in all of the original images.

Were the photos represented by CNN as being from different locations, as the meme implies?

No, not in the uses I could find.

We found no evidence that CNN ever used any of these photographs to represent anything other than that one event.

Not the answer you're looking for? Browse other questions tagged photography refugees .

10
Are these photos of burned home surrounded by pristine trees in California due to the forest fires real?