The following image is widely circulated in many sites on the internet: 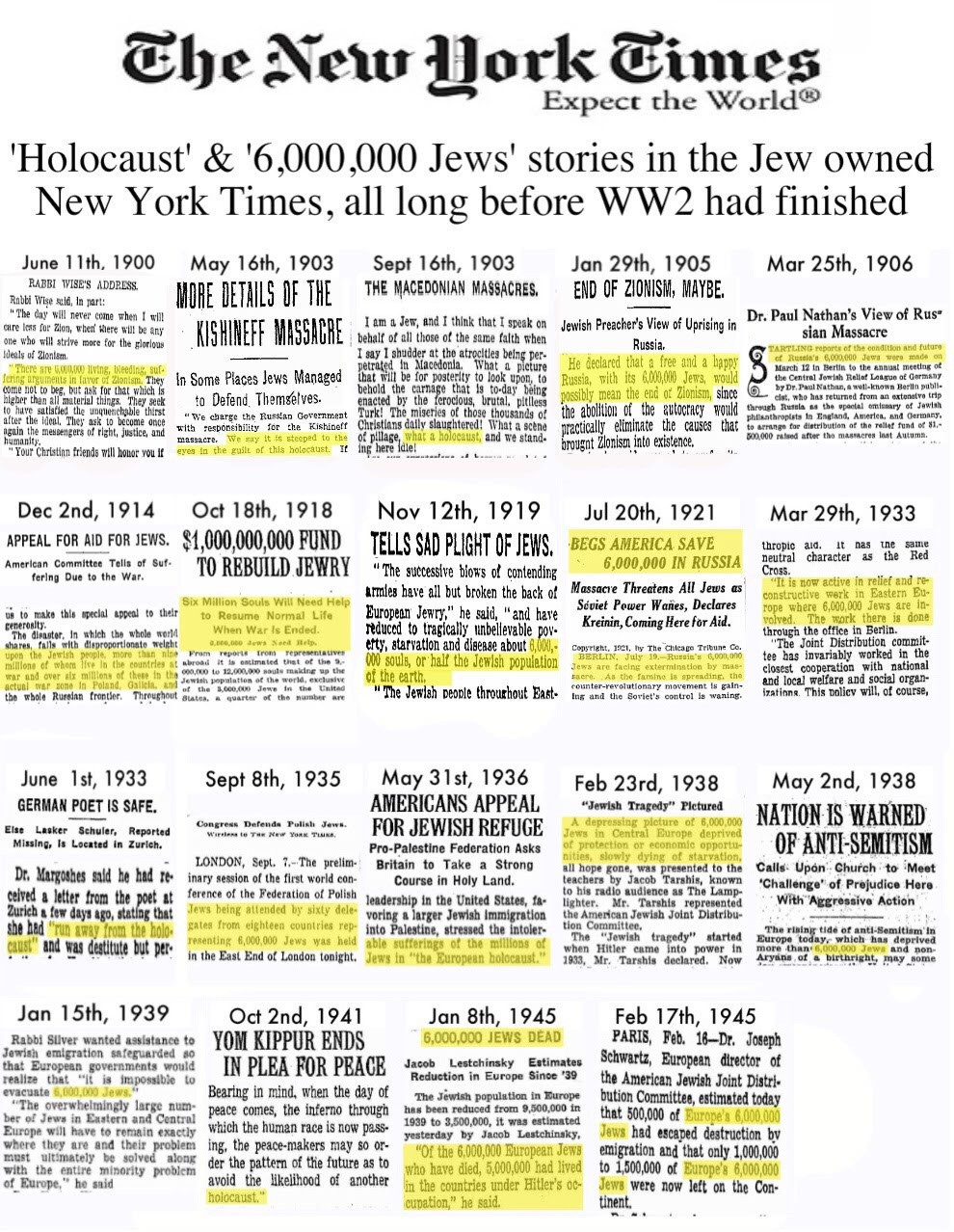 The image claims to show various New York Times articles about the holocaust. The last paragraph of the image says:

Did the New York Times publish such article?

There is also a large collection of Holocaust related headlines available here: https://www.historiography-project.com/lindsey/nyt/index.php

Not the answer you're looking for? Browse other questions tagged holocaust .

123
Did the Nazis kill Jews with gas chambers?
22
Did Haj Amin al-Husseini tell Hitler to exterminate the Jews?
10
Did 5 million non-Jews die in the Holocaust?