Does Planned Parenthood impose abortion quotas on its clinics and provide incentives to its workers to meet those quotas?

A recent article in the National Review asserts that

Planned Parenthood has long been imposing abortion quotas on its clinics nationwide, incentivizing its workers to convince women to terminate their pregnancies

This assertion seems to be based on an interview from a single former Planned Parenthood manager and nurse.

Planned Parenthood does not agree that "quota" is the correct word to use. 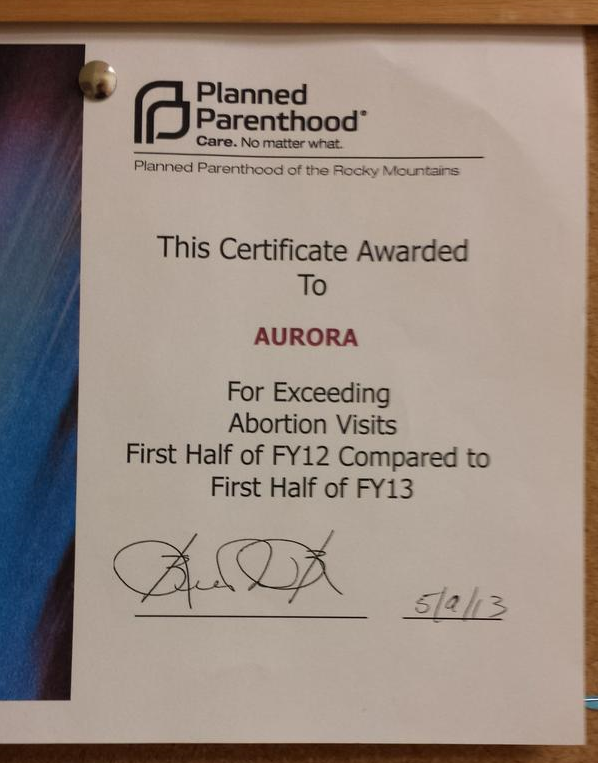 In July 2014 Planned Parenthood acknowledged that the above image is genuine, but stated it does not represent a "quota", but instead:

The entire basis of their claim was a photo of a certificate that Planned Parenthood of the Rocky Mountains gave to a health center for increasing its abortion services ...yes, we absolutely do celebrate our progress in ensuring that more people have access to the full range of reproductive health care, including abortion. And we always will.

It looks like Snopes did some digging and couldn't find any evidence they consider reliable. After reading the arguments, I have to agree with Snopes. The evidence for quotas is dependent entirely on the word of the accusers. Planned parenthood is a commonly used bogeyman for right wing groups. This accusation seems like the kind of thing people vehemently opposed to abortion might make up.

Not the answer you're looking for? Browse other questions tagged united-states abortion planned-parenthood .