Do majority of Trump supporters think that black people are less evolved than white people?

Mehdi Hasan says in this UpFront video at 1.30:

Other studies found a strong relationship between anti-Black attitudes and support for Trump. With Trump supporters more likely to describe African Americans as "criminal, unintelligent, lazy and violent" ... with a majority of them rating blacks as less evolved than whites

Do majority of Trump supporters think that black people are less evolved than white people?

The claim that Trump supporters are more likely to think that black people are criminal, unintelligent, lazy and violent comes from a poll by reuters:

Supporters of U.S. presidential candidate Donald Trump are more likely to describe African Americans as "criminal," "unintelligent," "lazy" and "violent" than voters who backed some Republican rivals in the primaries or who support Democratic contender Hillary Clinton, according to a Reuters/Ipsos opinion poll.
[...]
The trend was consistent in the data, even when the results were filtered to include only white respondents to remove any impact that a different racial mix between Clinton and Trump supporters might play in the poll.

Here are the relevant results: 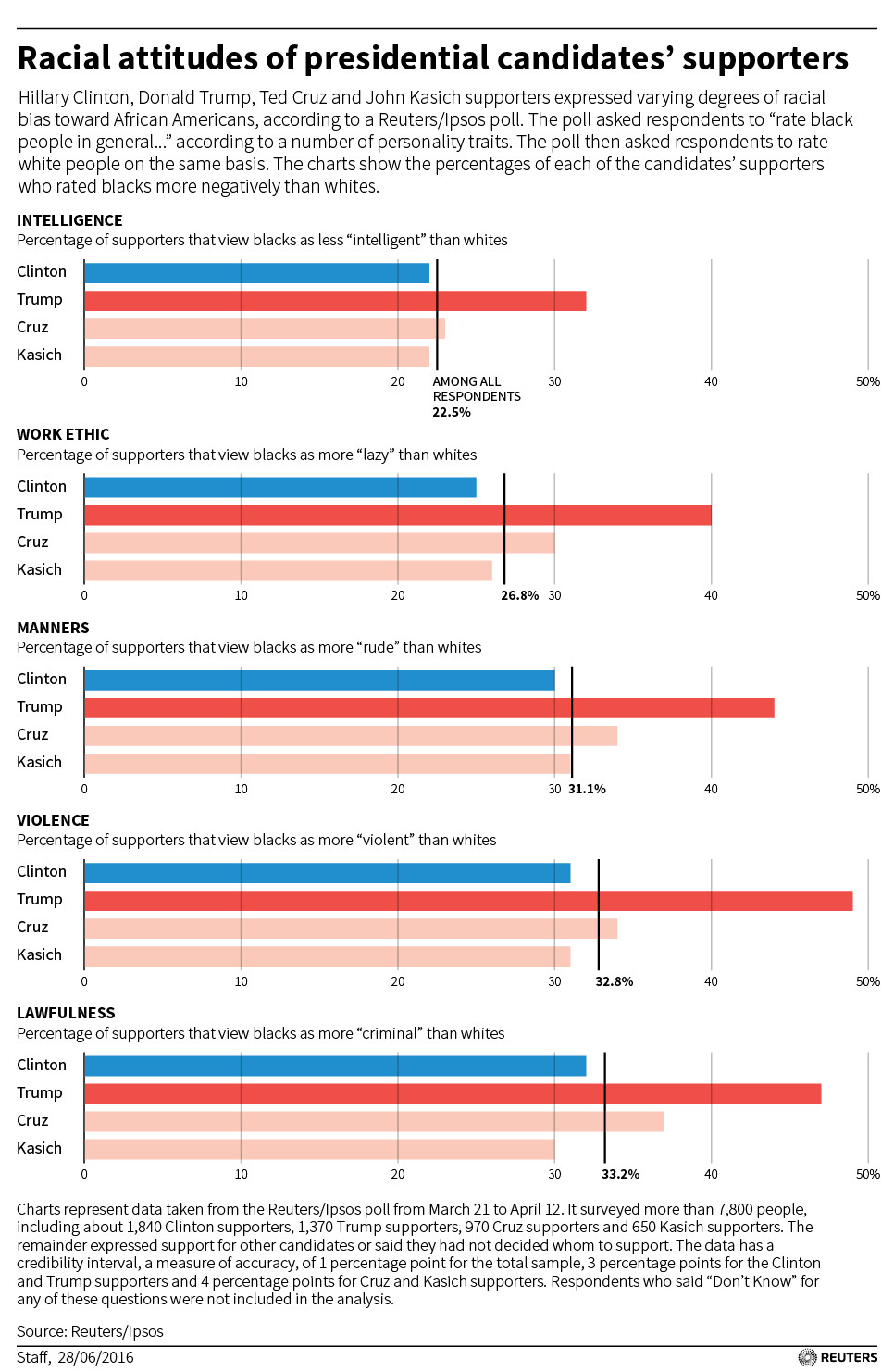 The claim that half of Trump supporters think that black people are less evolved comes from a poll done by Ashley Jardina, Sean McElwee, and Spencer Piston, published in Slate: