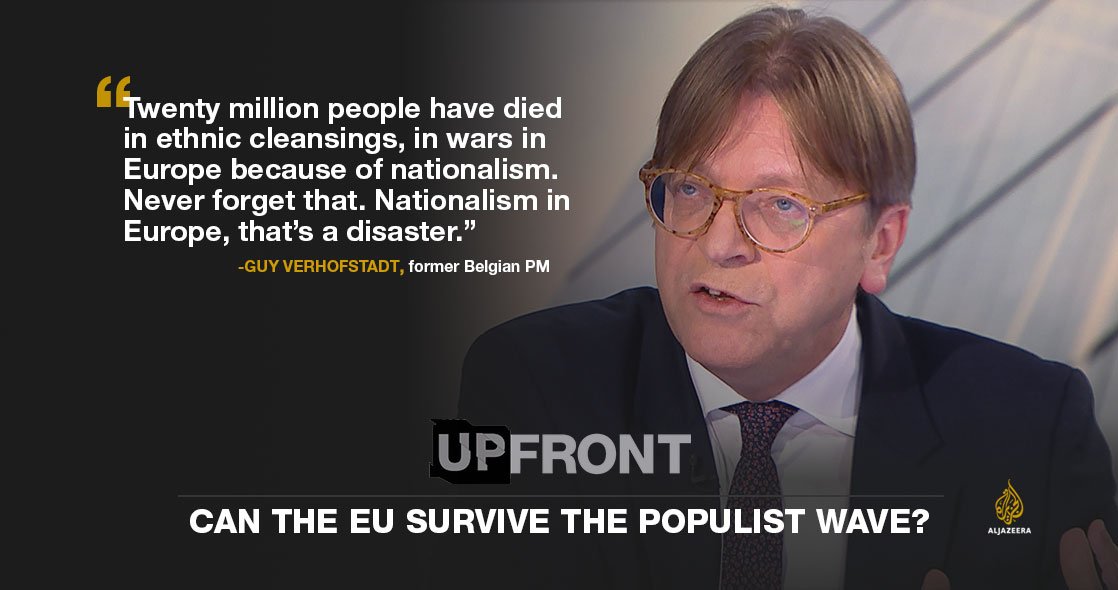 There have been many wars fought within and between European nations . Whether you consider wars between nations to be nationalistic is a matter of opinion.

Notwithstanding, the following wars were started (or purportedly started) for unambiguously nationalistic reasons since in the 20th century:

If this is the basis then 20 million is an extremely conservative estimate.

Not the answer you're looking for? Browse other questions tagged europe .

5
Did Nobel Peace Prize winner, Martti Ahtisaari, threaten to bomb Belgrade and kill half a million people?
9
Is US ahead or behind of EU in terms of broadband Internet access?
25
Did people blaspheme deliberately to be tried in the Medieval European Inquisition courts instead of other secular courts?
12
Is the UK's trade with the EU artifically inflated by having to ship its exports via Europe?
7
Has the Council of Europe called for the banning of British newspapers mentioning when a terrorist is Muslim?
7
Did an Austrian court require a child to prove that they did not consent to rape?
51
Is this map of terrorist attacks in Europe accurate?
8
Did Jean-Claude Juncker claim that more than 80% of EU citizens want to abolish daylight saving time?
70
Are there 300,000 items in the average American household, and 10,000 items in the average European household?