Were these photos of presidential inauguration crowds taken at the times claimed on the photos? 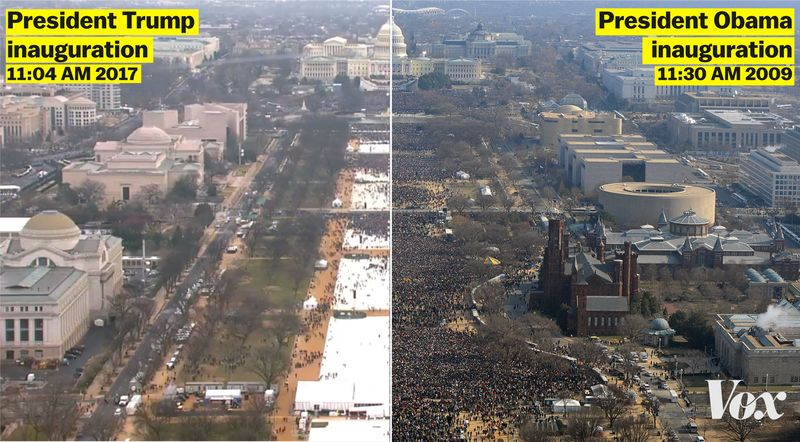 These photos have times in the corner, 11:04 for Trump's. Were both these photos taken at the times they claim?

The pictures seem to be genuine and are used by many media outlets. The picture, if presented by itself, does show a bias by choosing only half of the picture and showing the left side of Trump's crowd, while the right side was more populated.

Regardless, Obama's 2009 inauguration had a much bigger crowd.

The two full pictures as presented by pbs: 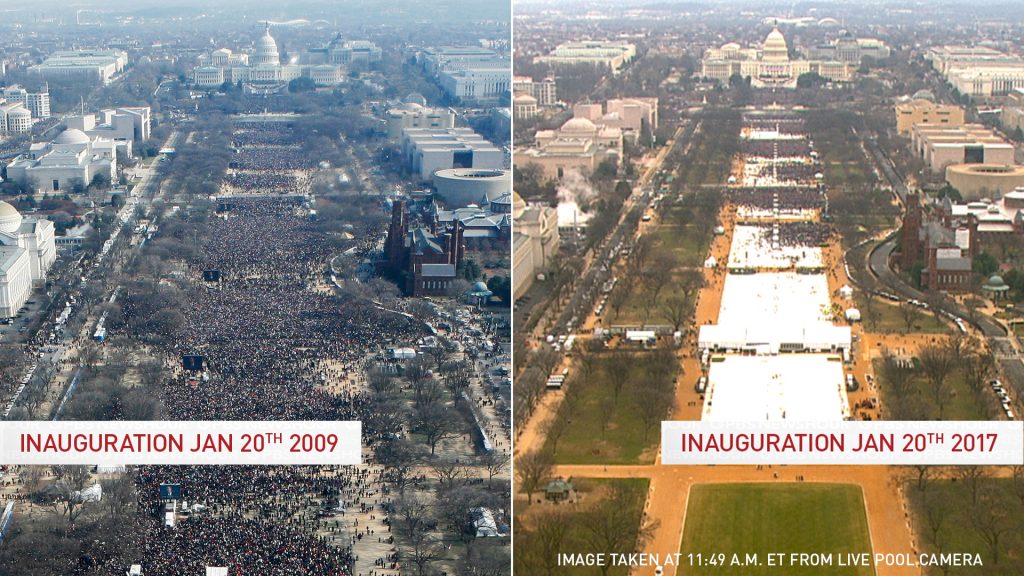 There is also this timelapse video of Trump's inauguration showing that the picture is pretty representative of the maximum amount of crowds present. The full pictures appear in the Vox article and were also used by:

Business Insider have a picture taken from another angle showing a similar amount of crowd: I tried to find a picture of the 2013 inauguration from the same perspective, but couldn't. The closest that I found was a picture from cosmopolitan, that compares the crowd from a different angle:

The 2013 photo is credited to Robb Carr at Getty and can be seen in full on this 2013 Atlantic article.