Is this Buddha portrait genuine? 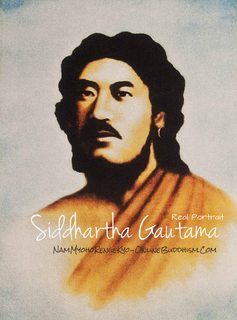 Here is a link saying:

One of Buddha's disciple draw it secretly, while Buddha was teaching.

Gautama Buddha's real portrait at the age of 41

The Buddha lived 2500+ years ago hence there is no chance that this could have been the actual looks of the Buddha by someone who has seen him.

Buddhist art did not depict the Buddha initially

the Buddha was never represented in human form, but only through Buddhist symbolism

But what the Buddha looked like is depicted in early text source which is described below. The Buddha has the following characteristics according to ancient sources like Lakkhana Sutta

The 32 major characteristics are:

The 80 minor characteristics of the Buddha are known to be enumerated a number of times in the extant Āgamas of the Chinese Buddhist canon.

The eighty minor characteristics are:

Source: Physical characteristics of the Buddha

This claim is analyzed by Douglas M. Gildow in the article A True Likeness of Śākyamuni?

He concludes it is of recent Indonesian origin and definitely not at the British museum.

...managed to contact Roderick Whitfield, a scholar formerly employed as Assistant Keeper in the Department of Oriental Antiquities of the British Museum, to see if there was any such image in the museum. He reported that Whitfield replied: “There is nothing remotely like this at the British Museum,” and in an email dated 6 December 2007 Whitfield confirmed to me that he had indeed made that statement

Not the answer you're looking for? Browse other questions tagged history religion .

24
Has the Quran (the recitation) been preserved since Muhammad?
7
Is the New Testament significantly corrupted from its originally intended form?

11
Is this gesture Masonic?
36
Is this a genuine 1965 literacy test?
7
Is "the funniest interview you will ever see" genuine?