The U.S. Consumer Confidence Index for December surged nearly four points to 113.7, THE HIGHEST LEVEL IN MORE THAN 15 YEARS! Thanks Donald!

The claim is true.

Consumer Confidence Index is indeed at highest point since 2001, at 113.7.

Note that the CCI directly attributes the rise to Trump:

“Consumer Confidence improved further in December, due solely to increasing Expectations which hit a 13-year high (Dec. 2003, 107.4),” said Lynn Franco, Director of Economic Indicators at The Conference Board. “The post-election surge in optimism for the economy, jobs and income prospects, as well as for stock prices which reached a 13-year high, was most pronounced among older consumers. Consumers’ assessment of current conditions, which declined, still suggests that economic growth continued through the final months of 2016. Looking ahead to 2017, consumers’ continued optimism will depend on whether or not their expectations are realized.”

Please note that this direct source quote says "13 years" because it's outdated, and the latest index value is indeed 15 year high; as the chart shows.

D. Short of advisorperspectives[1] has a chart which was built using the CCI data used for the claim: 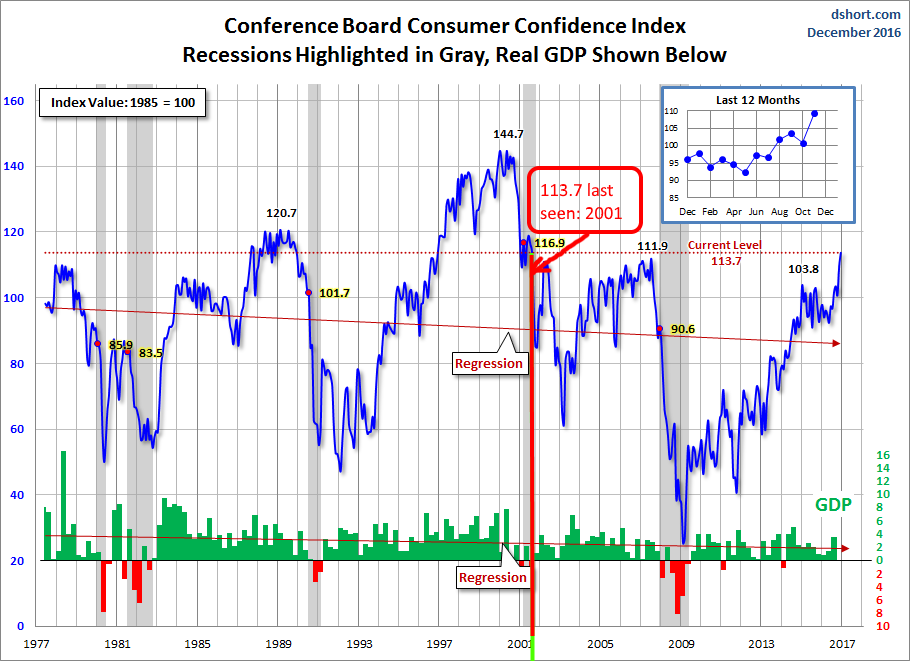 ([1] - I'm using a secondary source for the graph since the primary source doesn't have historical data freely available. However, the main source quotes agree with the graph data when available, including Nov 2016 and Dec 2016 data points. Also, the ugly red MS-Paint-drawn red boxes and arrows are my fault :)

This is somewhat confirmed by University of Michigan Consumer Sentiment Index data, although the data there only shows 12 (or 13?) year high, not 15.

Consumer confidence surged in early December to just one-tenth of an Index point below the 2015 peak—which was the highest level since the start of 2004.

The surge was largely due to consumers' initial reactions to Trump's surprise victory. When asked what news they had heard of recent economic developments, more consumers spontaneously mentioned the expected positive impact of new economic policies than ever before recorded in the long history of the surveys. 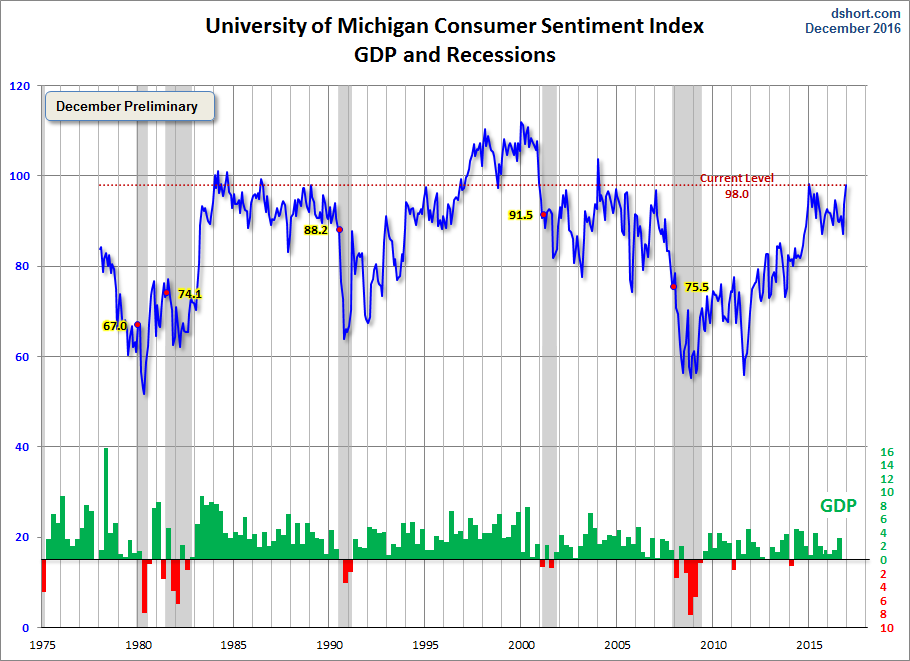 I deliberately omitted OECD data from the answer as it doesn't have December data available yet.

NOTE: While the claim is true, for full picture, it has to be noted that the graph was generally trending upwards at large scale since the 2009 minimum. OTOH, the graph was at a plateau level since 2013, and the UM quote shows that Trump's election is a direct cause of the ~9% jump in December 2016 from that plateau.

OECD.org Data disagrees. (If you follow the link, you have to select the country you want and the date range) Note that the latest data point is November 2016. 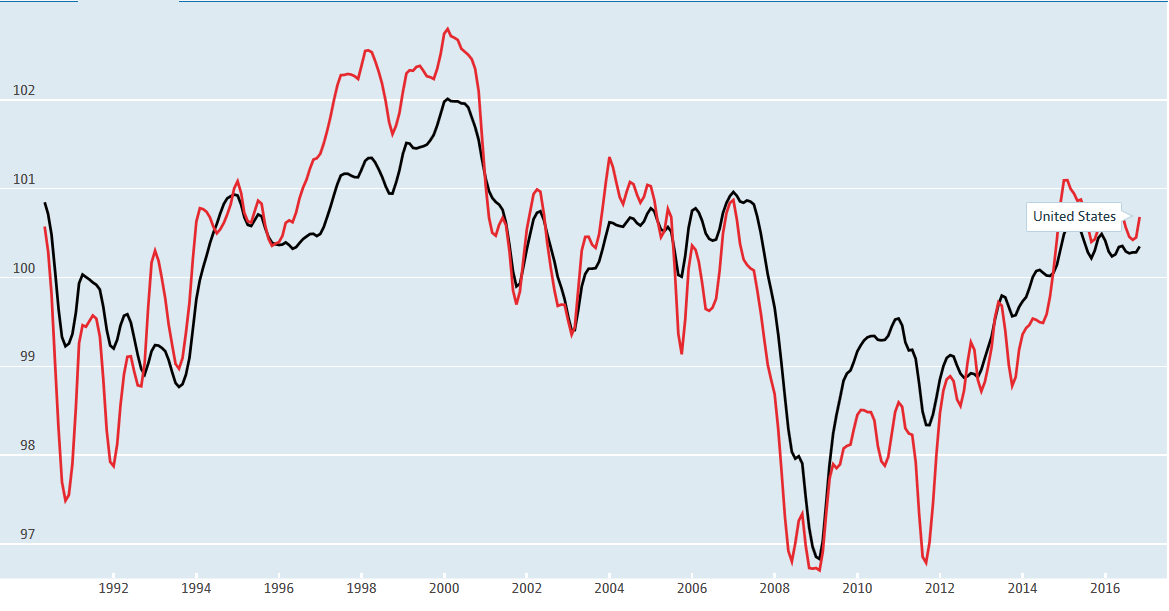 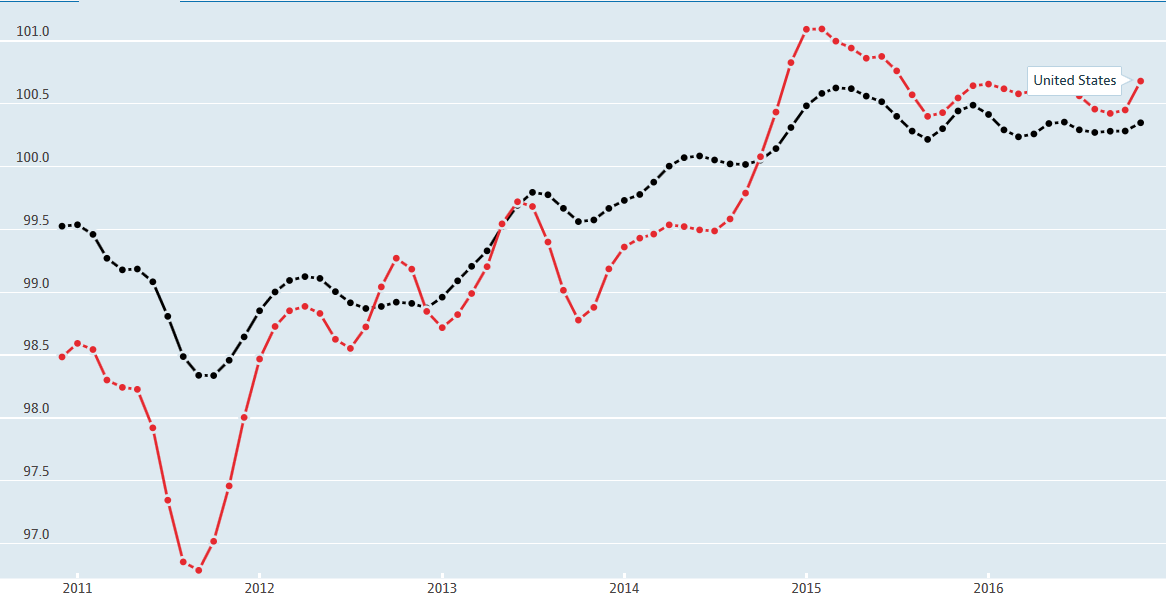 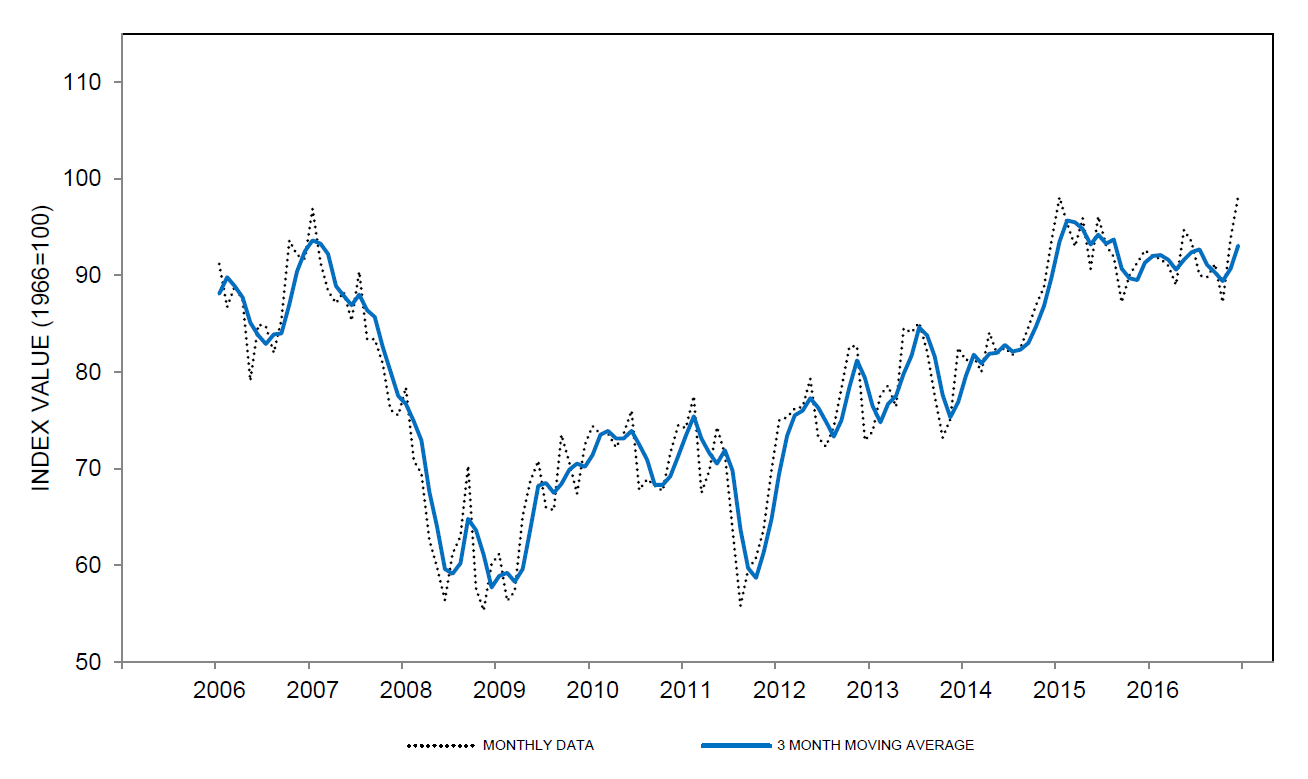 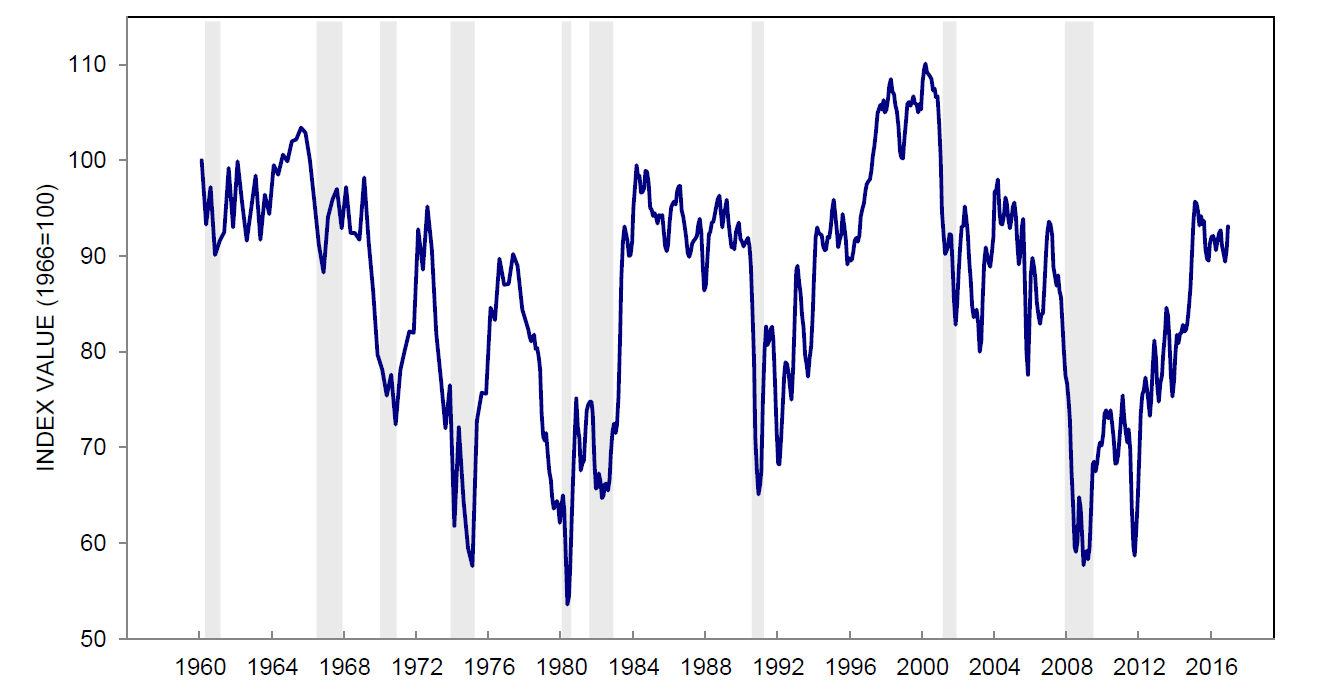 It looks like we peaked in 2015 after an upward trend since the 2008 debacle. Do note that the monthly data from Michigan could be the source of the claim. See Here.

Conference-board.Org (Courtesy of @ff524) seems to confirm the claim:

The Conference Board Consumer Confidence Index®, which had increased considerably in November, posted another gain in December. The Index now stands at 113.7 (1985=100), up from 109.4 in November. The Expectations Index increased sharply from 94.4 to 105.5, but the Present Situation Index decreased from 132.0 last month to 126.1.

However, all of the historical data is paywalled.

48
Is Donald Trump's ratio of bankruptcy to businesses consistent with the success rate of other entrepreneurs?
3
Were there 19,000 rapes in the US military in 2011?
3
Do vinyl records account for 3.6% of global music sales?
86
Has the Trump administration revoked these listed LGBT protections?
19
Is Mexico one of the “highest crime Nations in the world”?
6
In 1982 did then President Ronald Reagan send a letter to an 8-year-old kid congratulating him on getting a Pac-Man high score?
15
Have textbook prices in the US more than doubled in the last 15 years?
12
Did Trump tweet the most liked Persian language tweet in history?