Did a disproportionate number of celebrities die in 2016?

There is a general claim being made that 2016 has had an unusually high number of celebrities pass away. 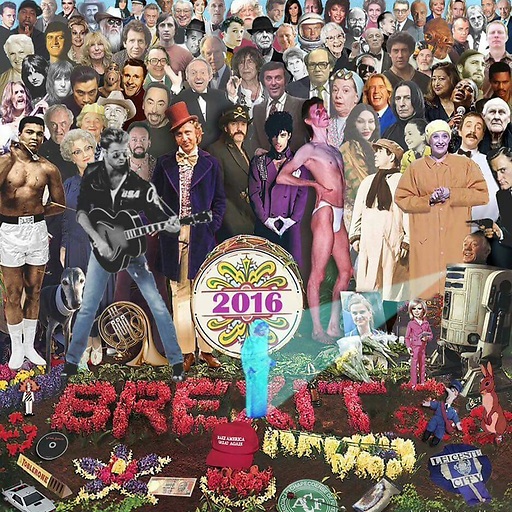 While the past few days may have had a cluster of celebrity deaths, is 2016 really an unusual year?

I realize there are some subjective elements in this question, but I am asking it because I have actually seen some reports and even Snopes on this, so I figured it's appropriate.

First and foremost, Snopes gives this a look as of 27 DEC 16, and basically concludes that 2016 isn't really all that unusual from any other year. (emphasis mine)

Of course, attempting to quantify such a feeling involves several basic issues. Primarily, what makes a person a celebrity? Whose deaths are considered notable? For instance, the Los Angeles Times listed 91 "leaders, stars and other notable figures who died in 2016," while CBS News charted more than 150. So what standard(s) do we use?

Since there's no official body that determines the relative fame and importance of individuals, we'll examine this question by reviewing the "notable death" lists published by a variety of news outlets between 2013 and 2016:

While a large number of celebrities certainly passed away in 2016, the number wasn't unusually high when compared to those of recent years. The Hollywood Reporter, Legacy.com, and The Telegraph all counted more celebrity deaths in 2016 than in the previous three years, but this year ranked second, third, or even fourth among that group according to other news outlets.

In addition to Snopes, the BBC also tackled this but based on what they call "pre-prepared obituaries".

now that December has arrived, it seems an appropriate time to ask - has 2016 continued to be so dangerous and fateful for famous people?

"So we didn't see that spike continuing throughout the 12 months."

And I thought I would add in commentary from Greg Laden (a science blogger):

According to TV Guide, 2016 is not a very big year for celebrity deaths at all.

I think 2016 was not an exceptional year for celebrity deaths, in terms of numbers. The same number as usual died, this was not a record year.

But, the particular celebrities that did die included a disproportionate number of people that those who inhabit Facebook and Twitter, or perhaps, who simply exist in the modern Western world, were attached to.

Not the answer you're looking for? Browse other questions tagged history mortality sociology .

15
Is it possible to die from laughter?
1
Was there an "expressionless" woman admitted to Cedar Senai hospital in LA in 1972?
16
Did someone die in a dutch oven?
1
Did Nelson Mandela die on June 26, 2013?
21
Did the ballet/orchestral work 'The Rite of Spring' provoke a riot?
3
Did Tony Yahle die and come back to life?
22
Did 120,000 Egyptians die building the Suez Canal?