When you visit the Pentagon, ask the generals about climate change. Here’s what they’ll tell you: A majority of immigrants flooding Europe today are not coming from Syria or Iraq. Three-quarters are from arid zones in central Africa, where the combination of climate change and runaway population growth are making small-scale farming unsustainable.

Does the data support this claim?

For immigration into Europe, African immigrants account for 24% of all migrants (2013).

Refugees/asylum seeker numbers are mentioned in the other answer, but I'd stress how important it is not to confuse the two.

In 2015 the vast majority of those applying for asylum in the EU were from war-torn regions like Syria, Afghanistan and Iraq

It is not clear which years these generals were referring to but it certainly looks like they are wrong.

Here is the source for this data:

Citizens of 148 countries sought asylum for the first time in the EU in the second quarter of 2016. Syrians, Afghanis and Iraqis were the top 3 citizenships of asylum seekers, lodging 90 500, 50 300 and 34 300 applications respectively (Table 1). 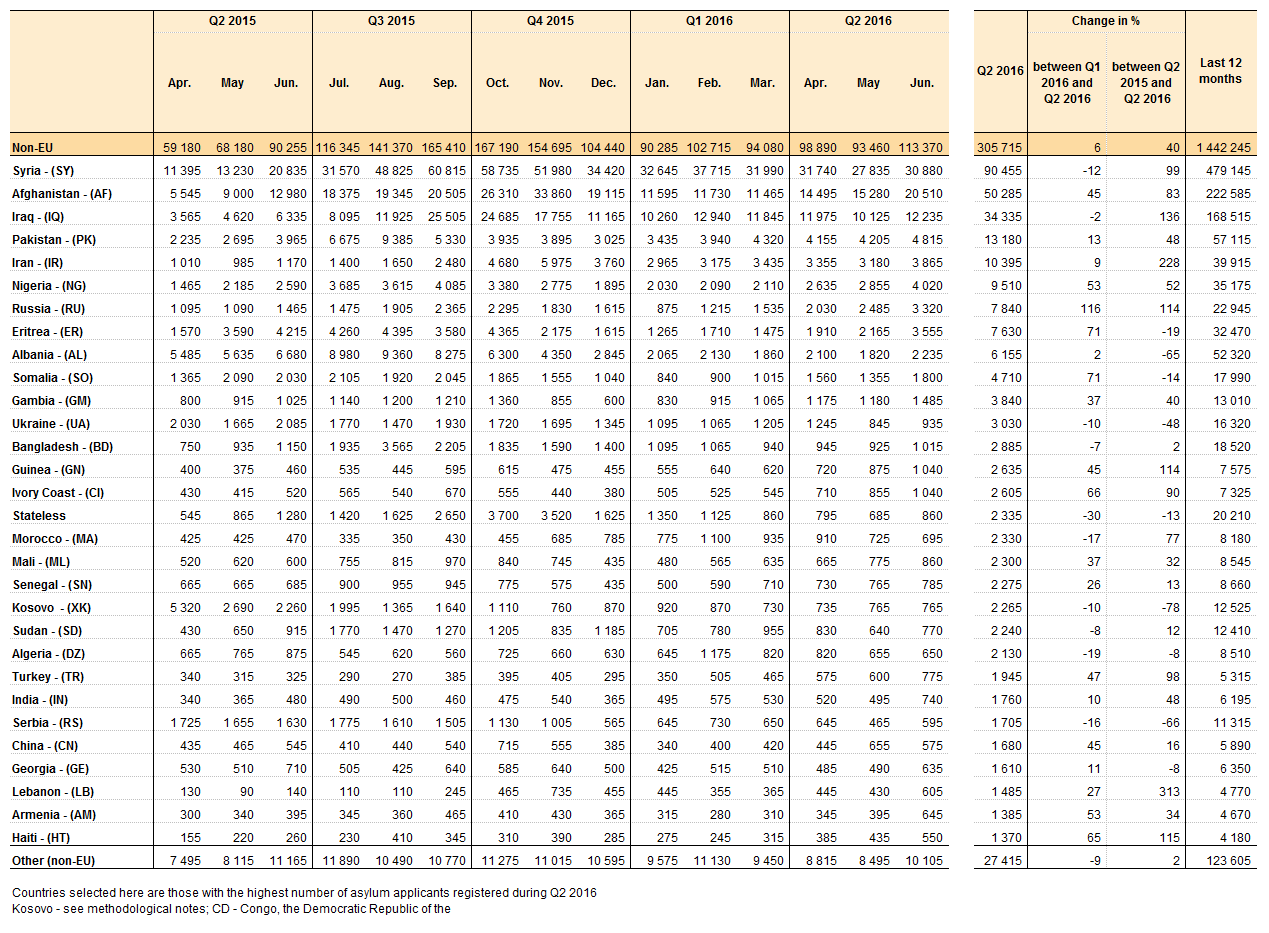 We could also look at data on illegal border crossings which are logged by Frontex (The EU's external border force). The three major migratory routes are from:

This supports the data on asylum seekers and indicates that most immigrants these days are arriving from war torn regions of the Middle East.

Not the answer you're looking for? Browse other questions tagged europe immigration africa .

7
Have there recently been any immigrants illegally crossing the Mexico-Texas border from South Africa?