Does teaching 6-12-month old infants to back float reduce their risk of drowning?

The American Academy of Pediatrics does not recommend water safety lessons for babies less than one year old:

The water-survival skills programs for infants may make compelling videos for the Internet, but no scientific study has yet demonstrated these classes are effective

However, many parents subject their babies to "survival swimming lessons", believing that these will decrease the child's risk of drowning. In the United States, an organization names Infant Swimming Resource (ISR) is a major provider of these lessons. Their classes for babies 6-12 months old focus on teaching them to roll over and float on their backs:

Generally speaking, children ages 6 months to 1 year learn the ISR Self-Rescue® skill of rolling onto their backs to float, rest and breathe. They learn to maintain this position until help arrives.

In their marketing materials, ISR providers claim that after 6 months old, "the sooner the safer", that infant swimming lessons save lives, etc.

Is there any evidence to suggest that this is true - that teaching infants who are 6-12 months old to back float reduces their risk of fatal drowning?

(Note that I am not asking whether babies are natural swimmers; I am asking whether teaching them to roll over and float on their backs is proven to be effective in reducing their risk of drowning.)

active oldest votes
-1
Want to improve this post? Add citations from reputable sources by editing the post. Posts with unsourced content may be edited or deleted.

No, there is no scientific evidence and that is explicitly stated by the AAP link you mentioned. The studies referenced by the press release (2010) are preliminary at best and most are methodologically invalid. I'm unaware of any properly designed study.

This answer is incomplete, but hopefully contains some relevant and helpful information.

Globally, the highest drowning rates are among children 1-4 years

There are some issues here. We don't know why the groups start at 1 year. Given that infants are immobile for the first 5-7 months of their lives, there are too many possible reasons why the statistic starts at 1 year. So we look for other sources: 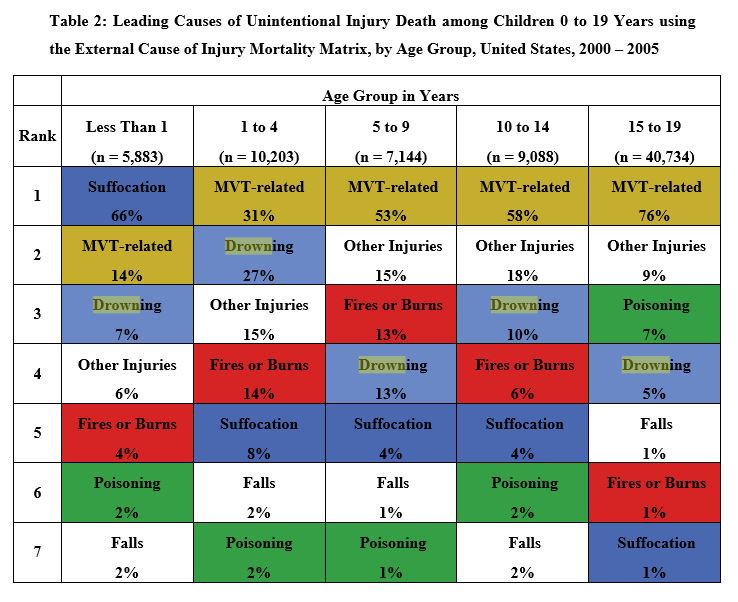 We see that percentage wise, the death by drowning rate for infants less than a year old is low. But that seems to be because too many of them suffocate, so let's try to somewhat normalize the data. Number of deaths "n" was 5883, 7% is 412. For the 1-4 year olds, number of deaths was 10203, 27% is 2755. Let's assume the 1,2,3,and 4 year olds are equally likely to drown, which gives us 689 deaths for each year. This seems to be comparable to the 412 for less than 1 year olds, especially considering that less than 1 year olds can't move for the first 5-7 months of their lives.

So, where do children drown? [pdf] 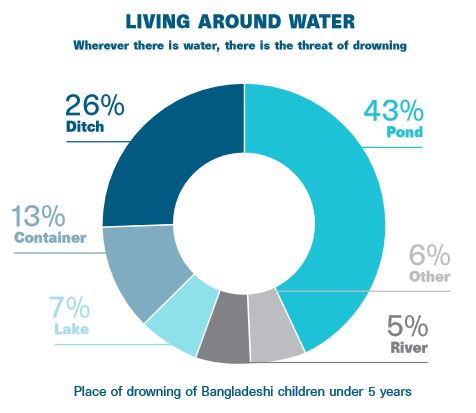 Children under one year most often drown in bathtubs, buckets, or toilets. Among children ages 1 to 4 years, most drownings occur in residential swimming pools. (Where children drown, 1995, Pediatrics 2001;108(1):85–9)

Due to lack of space, backfloating will not save someone from drowning in a bucket or a toilet. Knowing how to backfloat certainly does increase survival chances once inside a pond, bathtub or swimming pool, since not dying in these situations is really all that backfloating is.

This answer is incomplete because I do not have any data about the link between the reduced chance of drowning in pools and bathtubs, and the possibly increased exposure to any kind of drowning risk after being taught how to backfloat, and reduced risk awareness of the parents when they know their infant can backfloat.

Not the answer you're looking for? Browse other questions tagged safety water children .

25
Is there a risk of drowning if you fall asleep in the bath?
8
Does breastfeeding affect the risk of Adult Onset Allergies
27
Is “co-sleeping” (infant sleeps in bed with parents) safe?
35
Does fastening airplane seatbelts reduce the risk of death and injury?
4
Do airbags reduce the risk of death or serious injury, assuming seatbelt is properly worn?
6
Are babies natural swimmers?
5
Does removing headguards in boxing reduce concussion?
8
Does clapping children on the back in certain positions help clear mucus from their lungs?