Some colleagues told me recently that you should not lay LCD screens (e.g. TVs and computer monitors) flat. They should never be put face down horizontally, but kept vertical, or they may go bad.

If that were true, digital watches, laptops should not even exist, right?

What do I do? When I'm moving LCD screens, should they be kept upright or may they be laid flat?

This appears to have a valid concern (increased risk of scratching the screen when laid flat), but has been mistakenly extended into a blanket recommendation with no basis (nebulous concerns about TVs/monitors "going bad").

How did I come to this conclusion? I figured one way to go about this would be to look into LCD TV/Monitor manufacturer's manuals to see if there were any warnings about this. While not guaranteed, I'd figure those who make these devices should know about this and at the very least have a vested interest in not being liable for returns if customers broke products and no warnings were given.

Well, pictures say it much better than words: 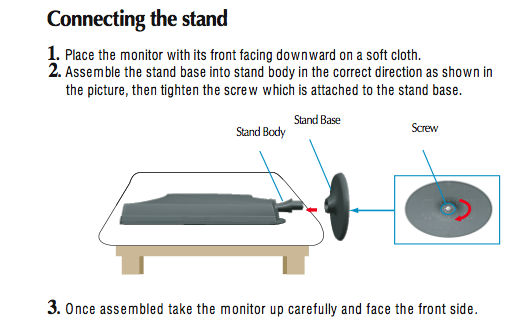 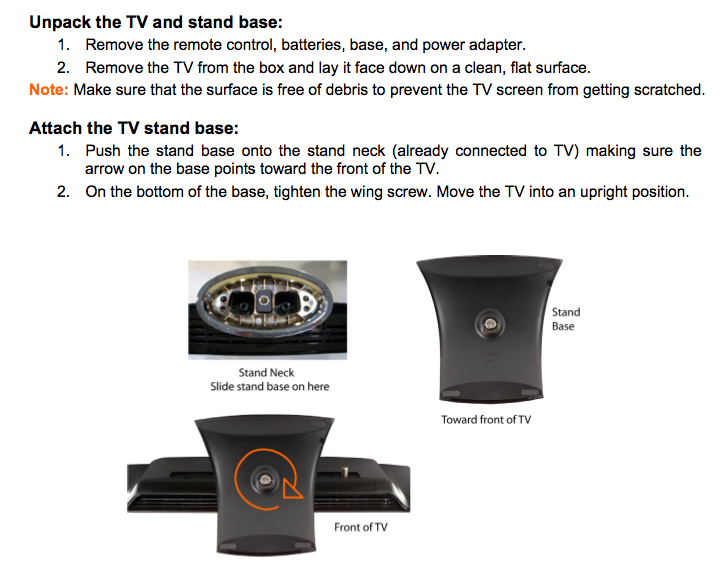 (No mention of how to transport in terms of orientation, just that using original packing material is recommended.) 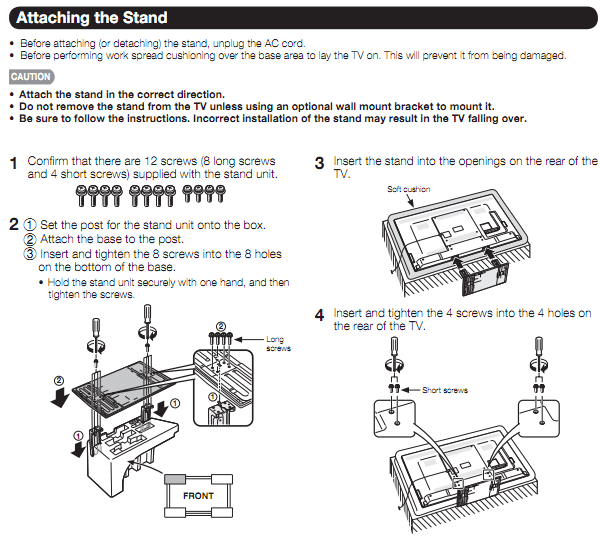 Based on all of these images, it seems that we can draw a couple of conclusions:

I can't tell from the manuals whether cracking is the concern, or whether it's scratches/uneven pressure.

To see if cracked glass was a real concern, I tried finding complaints online about this issue. After all, if this truly happens, individuals should be complaining and asking for input after it happens to them! Alas, no such luck. While absence of evidence isn't evidence of absence, I would have expected to find more online in forums if this was a common occurrence.

Takeaway: In the end there's no mention whatsoever of concerns about the horizontal orientation of monitors except for scratching the screen. Nothing about sagging potential, cracked glass, electronics, having liquid crystals go bad, etc. If laying a monitor flat was that big of a concern, I'd at least expect a mention in the caution sections (I looked at them in all manuals above) of even a possible issue. Nothing of the sort. Also, there's no bread crumb trail of real users complaining about their stupidity for breaking their precious screens. Therefore, I see no basis for the concern.