Was Donald Trump's father a member of the KKK? 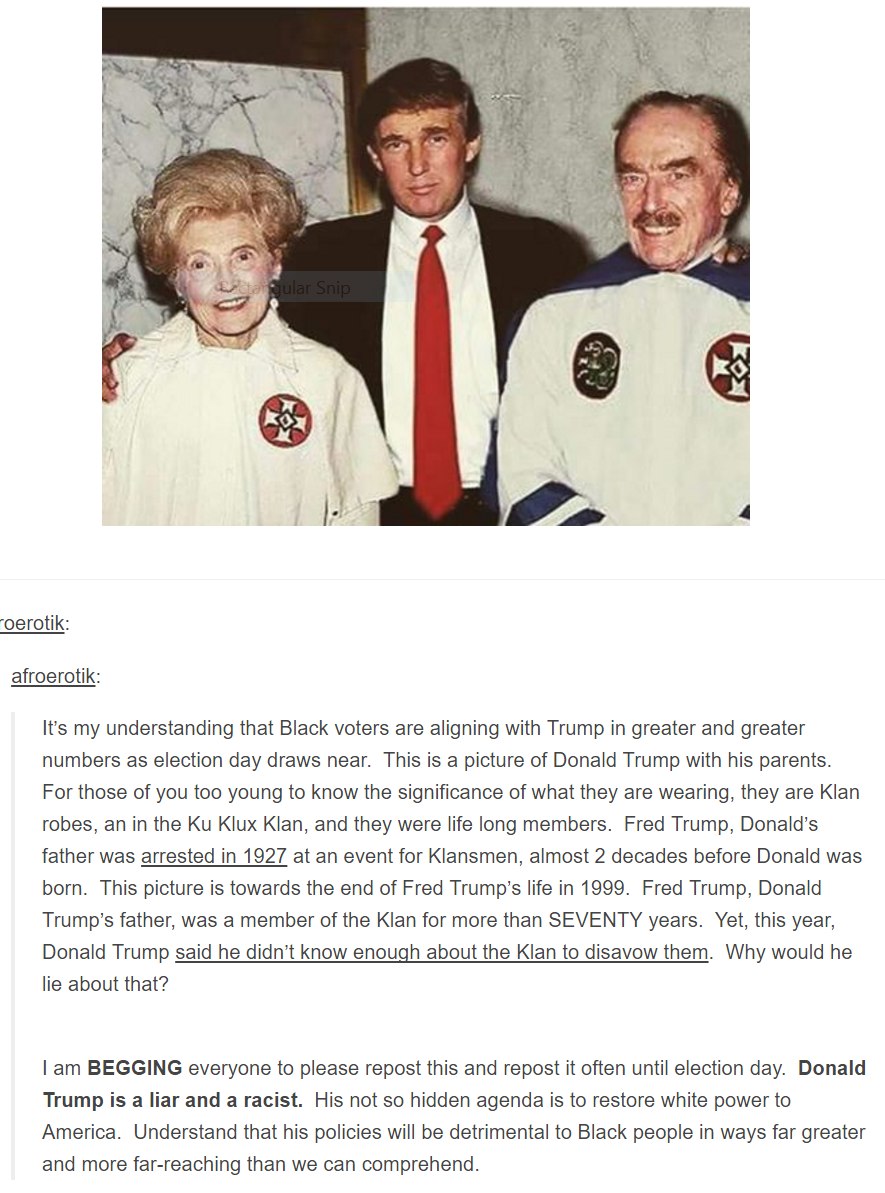 What merit do these claims hold?

This is true. He was arrested at the KKK riot for "refusing to disperse from a parade when ordered to do so", see for example The Washington Post or Vice.

He was photographed with his son in 1999 wearing klan robes

This is not true. The image is manipulated. See snopes.com for more details, including the original image that it was based upon: 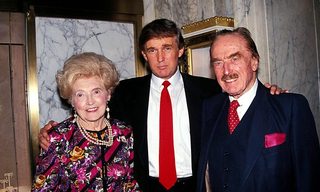 There is no evidence for this claim one way or the other that I could find.

Not the answer you're looking for? Browse other questions tagged united-states donald-trump racism .