Did Mahatma Gandhi have a physical relationship with a man?

In 2013, an exhibit of Mahatma Gandhi's personal correspondence triggered some speculation about his private life:

The Daily Telegraph raises the question:

The bond between Gandhi and Hermann Kallenbach has been a subject of speculation and gossip for years owing to their closeness, with previously published correspondence suggesting they may have had a physical relationship. [...] However scholars looking for clear evidence on the full extent of the men's relationship were left disappointed, with curators acknowledging that they had only put a sample of correspondence on display at the National Archives museum.

They detail his close friendship with a South African bodybuilder, Hermann Kallenbach, with some suggesting the pair may have had a physical relationship. [...] However scholars looking for clear evidence of the full extent of the men’s relationship, the subject of speculation for years, were left disappointed.

Did Mahatma Gandhi have a physical relationship with another man?

Hermann Kallenbach is the person that is alleged to have possibly had a homo-sexual relationship with Mahatma Gandhi, according to Wikipedia.

Dr. Hermann Kallenbach (1 March 1871 – 25 March 1945) was a German-Jewish architect who was one of the foremost friends and associates of Mahatma Gandhi. Kallenbach was introduced to the young Mohandas Gandhi while they were both working in South Africa and, after a series of discussions, they developed a long-lasting friendship. 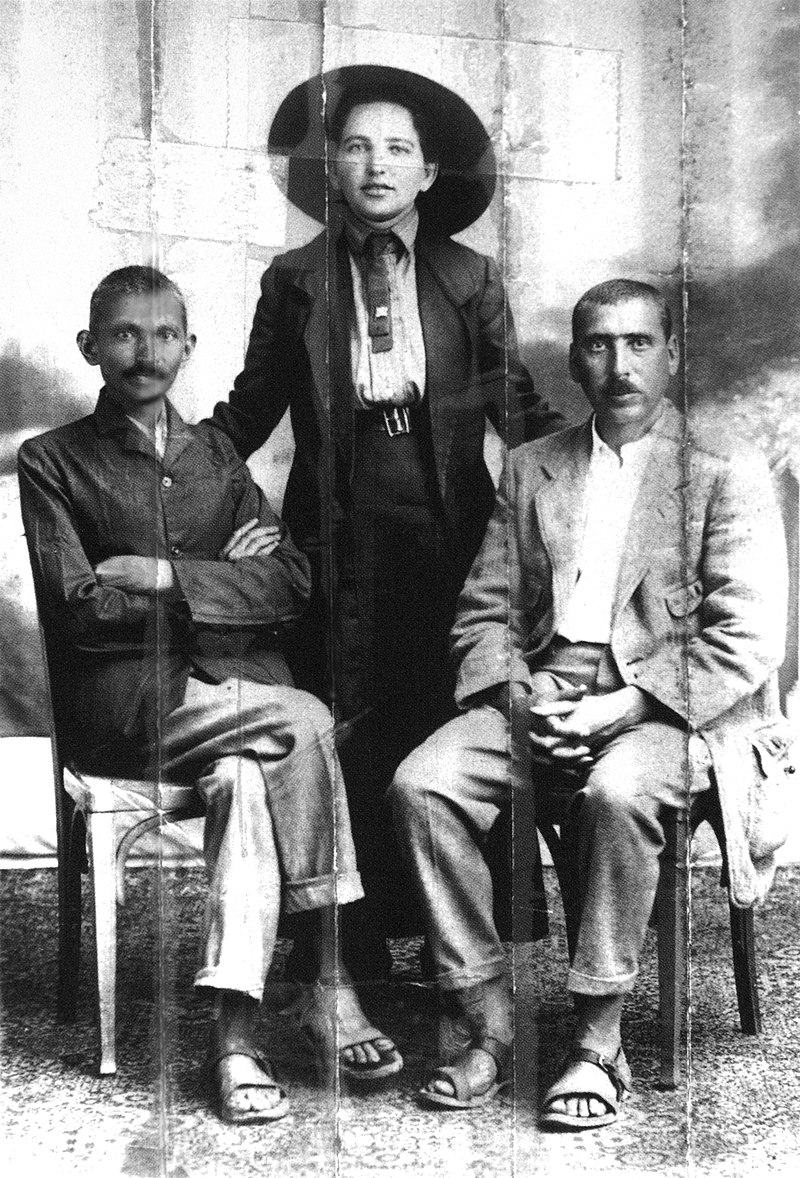 It is claimed in the Hindustan Times by former New York Times editor Joseph Lelyveld that Muhatma Gandhi and Hermann Kallenbach were a "couple".

Former New York Times editor Joseph Lelyveld has written a book in which among other lines, he quotes Tridip Suhrud, a cultural historian: "They were a couple".

This theory was further fuelled when the Huff post reported that the Indian government spent $1.3 Million to purchase Gandhi's letters in order to prevent them from being purchased at auction as the letters prove Gandhi was homosexual. However this was denied by the Indian government which insists they purchased the letters purely because they are of historic and national importance regards to research in to Mahatma Gandhi's philosophy.

Indian Government Spends $1.3 Million To Stop Auction Of Gandhi Letters That May Show He Was Gay

Despite the rumored relationship, an unnamed senior official at the Ministry of Culture in New Delhi told Reuters the acquisition was purely to aide research into Gandhi's philosophy.

It appears however that Mahatma Gandhi had never mentioned in any public writings anything about a physical relationship with Hermann Kallenbach, and the closest he ever came was when he referred to Herman Kallenbach as his "soul mate", according to pareltank.

This story which was reported a few days back in all leading newspapers of the English speaking world, mentions a German friend of the Mahatma who was a stout and loyal supporter of Gandhiji during his experiments in passive resistance in South Africa. I dedicate this post to that little known man whom Gandhiji, in his writings, referred to as his ‘soul mate’.

Did Mahatma Gandhi have a physical relationship with a man?

There appears to be currently no evidence to suggest he did, and therefore it should perhaps not be assumed that his close friendship with Herman Kallenbach was anything more than that. Ultimately however, there is no way of knowing what goes on behind closed doors.