Did David Prowse do the lightsaber duel in Star Wars?

Vader actor David Prowse explains that he did his own swordplay in Star Wars, but when the movie became a hit deserving of sequels, “having one of the principals do his own stunts made (the filmmakers) very weird from an insurance point of view.”

Did David Prowse do the lightsaber duel between Kenobi and Vader in Star Wars: A New Hope?

During principal photography, actors Mark Hamill and David Prowse used mockup swords with solid shafts — or, in some cases, wielded only the hilt. In postproduction.. Visual Concept Engineering — under supervision of ILM alumnus Peter Kuran — painstakingly rotoscoped each frame and produced the glowing shafts which characterize the traditional Jedi sidearm.

The Wikipedia claim is based upon the 1994 article British Olympic fencer Bob Anderson trains actors for ''The Three Musketeers'' which says:

”That’s not very well known,” Anderson says. Vader actor David Prowse explains that he did his own swordplay in Star Wars, but when the movie became a hit deserving of sequels, ”having one of the principals do his own stunts made (the filmmakers) very weird from an insurance point of view.”

I am trying to dig up as much information as possible, but based on my memory of this all, there are a few factors that I have dug up details on:

So in the end—if you read between the lines—David Prowse did duel in the first film, but didn’t in the other two films…

Here is a pic of David Prowse and Alec Guiness practicing for their duel in the Star Wars (1977): 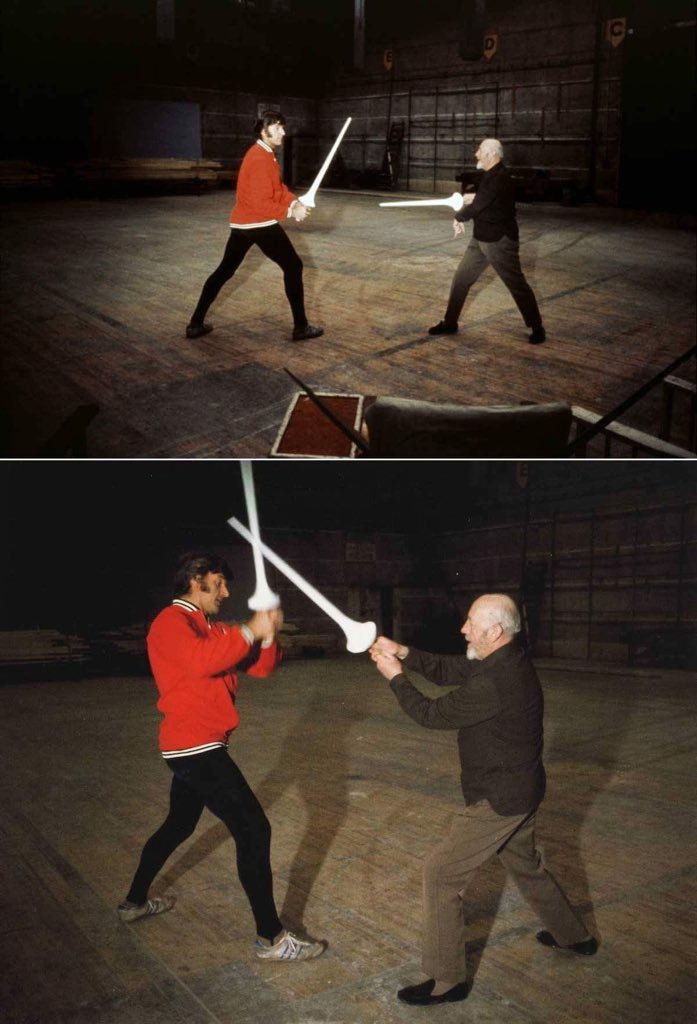 And here is a pic of Mark Hamill and Bob Anderson practicing for their duel in The Empire Strikes Back (1983): 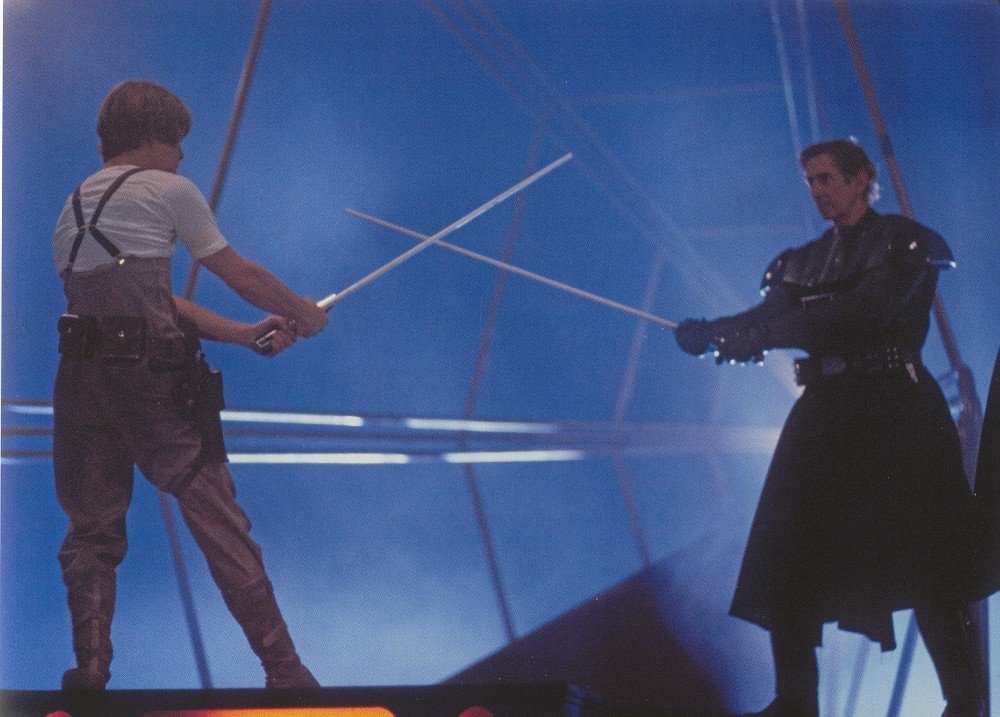 10
Did John Nash decipher code from a large board in the Pentagon?
10
Did Sandahl Bergman lose a finger during the filming of Conan the Barbarian?
19
Is this newspaper clipping about Dave Prowse revealing a major Star Wars plot twist two years in advance, genuine?
31
Was Harrison Ford the janitor or carpenter on the set of Star Wars?
5
Did Emma Watson's movie The Colony gross £47 in its UK opening weekend?
12
Was the Rotten Tomatoes audience score for “Star Wars: The Last Jedi” gamed by “trolls” and/or bots?
17
Did actors playing different ape species refuse to eat together during the filming of Planet of the Apes in 1967?
7
Did David Prowse know his voice would not be used for Darth Vader?