Is this photo of a LGBT protest march digitally faked?

I saw this in a Spanish forum, which isn't exactly the most reliable source.. 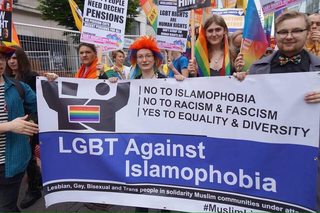 Was this picture of a LGBT protest march digitally faked?

This image shows the banner of a group called LGBT Against Islamophobia. The specific image was taken at Birmingham Pride in 2015, but they were also at other prides such as London Pride.

It seems that an implied question here is if islam is especially homophobic - for example compared to christianity. One source to answer this would be the Pew Research Center. In 2014, 45% of muslims said that homosexuality should be accepted by society, compared to 62% overall, 71% Hindu, 54% Christian, 36% Evangelical, 81% Jewish, 88% Buddhist or 94% atheists.

Unlikely, there are many sites showing photographs of the same banner being held by different people.

Here is a screenshot of search results to exemplify: 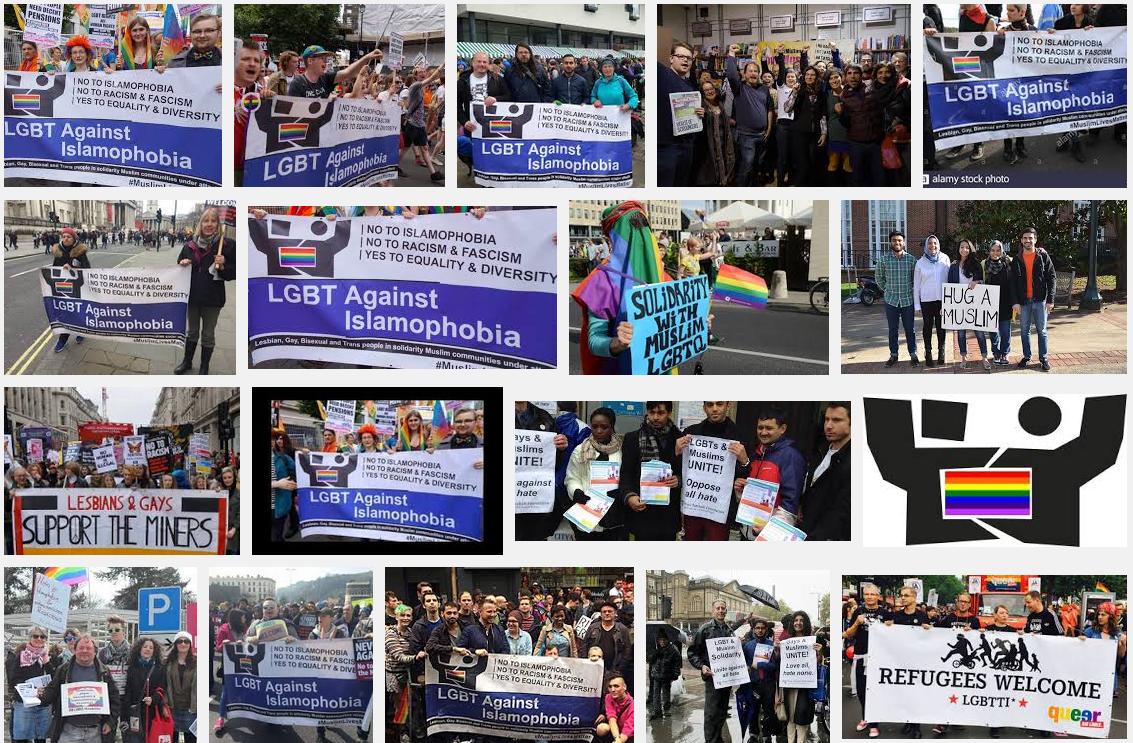 Not the answer you're looking for? Browse other questions tagged photography media .

28
Did BBC ignore 50,000 people protesting against austerity?
29
Is this picture of Rachel Dolezal reading a book called "How to be Black" genuine?
3
Is this "Cooking Your Dog" book photo digitally faked?
76
Does the Wall Street Journal change headlines based on location?
23
Is this a declassified photo?
3
Is this photo depicting Dalits from India genuine?
68
Was Bill Gates' mugshot photo used in 2010 as a template for Outlook contacts?
80
Is this photo of a road detouring around a tree authentic?