Is this claim about 3-D printed rhino horns accurate? 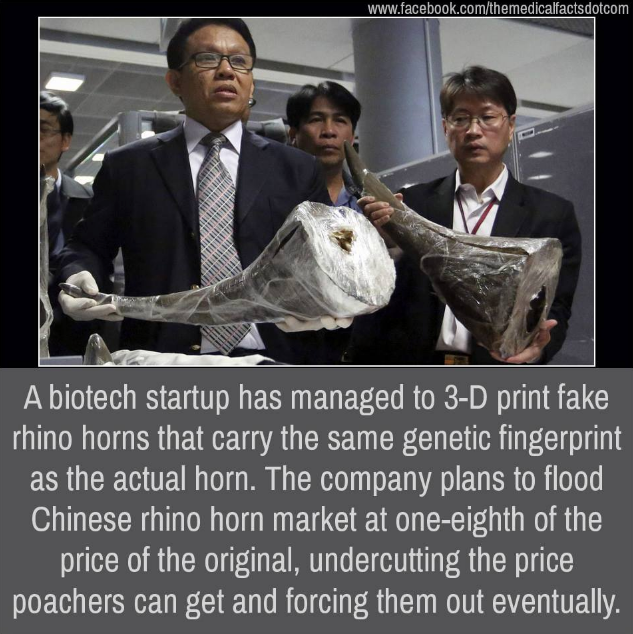 A biotech startup has managed to 3-D print fake rhino horns that carry the same genetic fingerprint as the actual horn. The company plans to flood Chinese rhino horn market at one-eighth of the price of the general, undercutting the price poachers can get and forcing them out eventually.

Are the following claims true?

No, only the first claim appears to be accurate as far as we can determine.

The biotech startup appears to be the company Pembient, which is based in San Francisco.

According to Tech Crunch, Pembient has successfully printed a horn prototype, which was shown to the reporter. 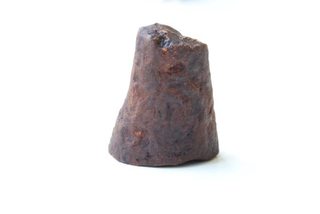 National Geographic has reported on the company:

Pembient hopes synthetic horn—priced at about one-eighth that of the reported $60,000-a-kilogram that genuine horn commands—will flood the market. Prices for the real thing would fall, goes the argument, curbing the economic incentive for poachers—and helping save rhinos in Africa.

However, in a later interview with The Guardian, Pembient admitted that the horn was produced not with rhino keratin, but in fact with wool keratin, which is not genetically identical to rhino horns. There is no publicly available evidence that Pembient has in fact produced horns made with rhino keratin.

Thus far, all Pembient’s prototypes use commercially sourced wool keratin, which is similar but not identical to that in rhino horn. But the plan is to engineer yeast cells to produce the exact same keratins that make up rhino horn, a similar approach to that being used to create new types of biofuels and drugs. By inserting a gene that codes for a rhino keratin into yeast, the fungus can be transformed into a rhino keratin production factory.

Since they have not successfully printed a horn containing recombinant rhino keratin, the third point is no longer relevant.

Additionally, the image presented has nothing to do with Pembient.

The photograph was of a press event in January 2014 showcasing non-3D printed rhino horns seized by the Thai customs department. The original photo was taken by Apichart Weerawong from AP, and there are photographs from Xinhua and Royal Thai Customs which covered the same press release event, which all show the same customs officer carrying the same rhino horn.

Not the answer you're looking for? Browse other questions tagged technology manufacturing .

3
How fair is “N% lower environment load” claim for lower grammage paper?
3
Does everybody have almost same brain-waves while they're thinking about the same thing?
16
Is this video showing an Apple engineer discussing the new MacBook (2015) authentic?
10
Was this Harry-Potter themed text written solely by a computer program?