Does 58% of Qatar's population live in 'labour camps'? 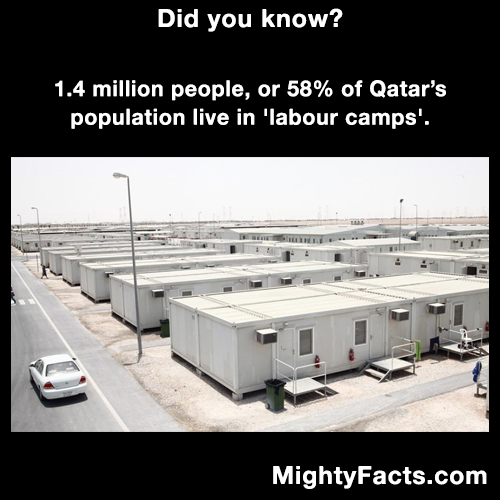 Yet, mighty facts does not simply give the wrong information.

So is it true?

Yes, this is correct.

A screenshot of the relevant page in the PDF: 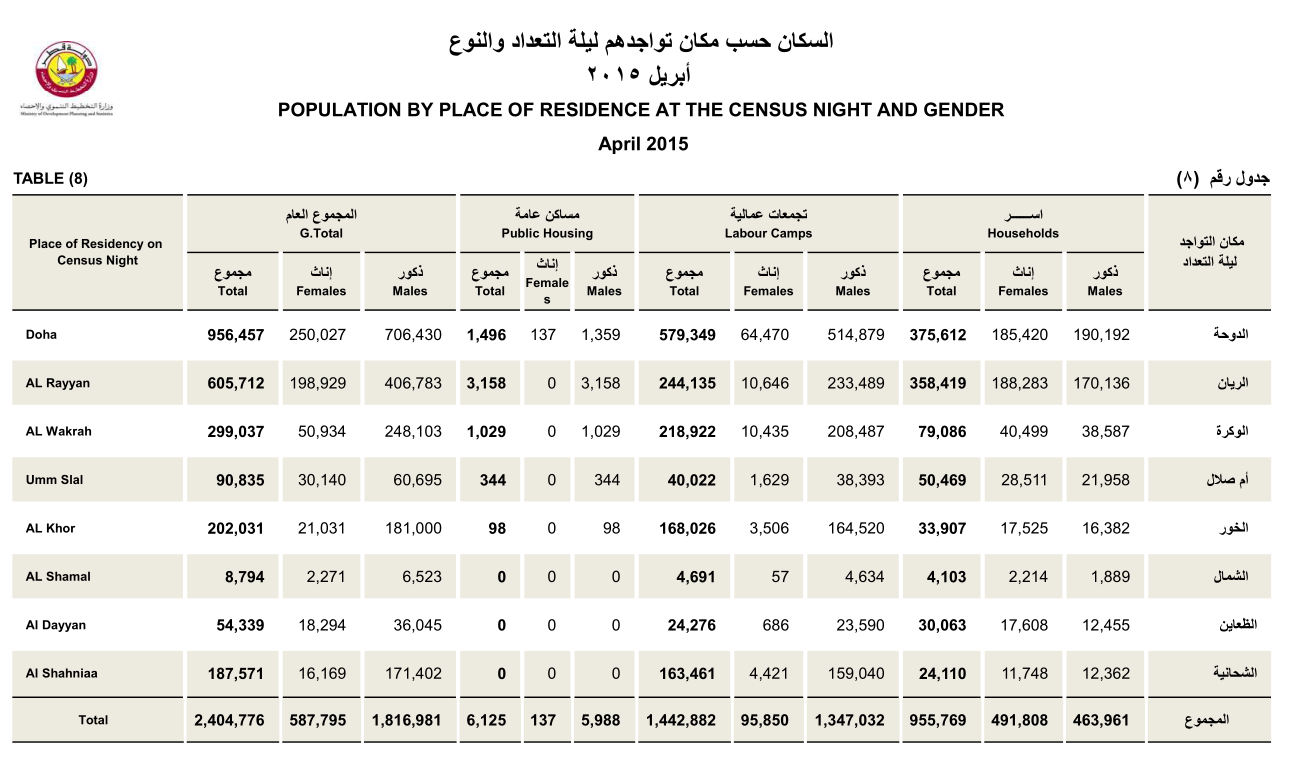 The original claim may be misleading, as the term "labour camp" is ambiguous. Here it is not being used to refer to a "slave labour camp"/"forced labour camp", but instead to temporary accommodations for workers.

6
Has the UN low variant for population growth been the historically correct figure?
14
Does innovation or productivity per resident increase by 15 percent, every time the size of a city doubles?
5
Can Zipf's power law be applied to the population of European cities?
34
Are 'white women' only 4% of the world population?
36
Did the world Jewish population increase between 1933 and 1948?
3
Will the human population reach 8-9 billion around 2050 and then decline?
12
Do 50% of Canadians live south of the 45°42′N latitude?