I got this propaganda leaflet through my door today, this has been widely claimed by parties in favor of the British EU referendum: 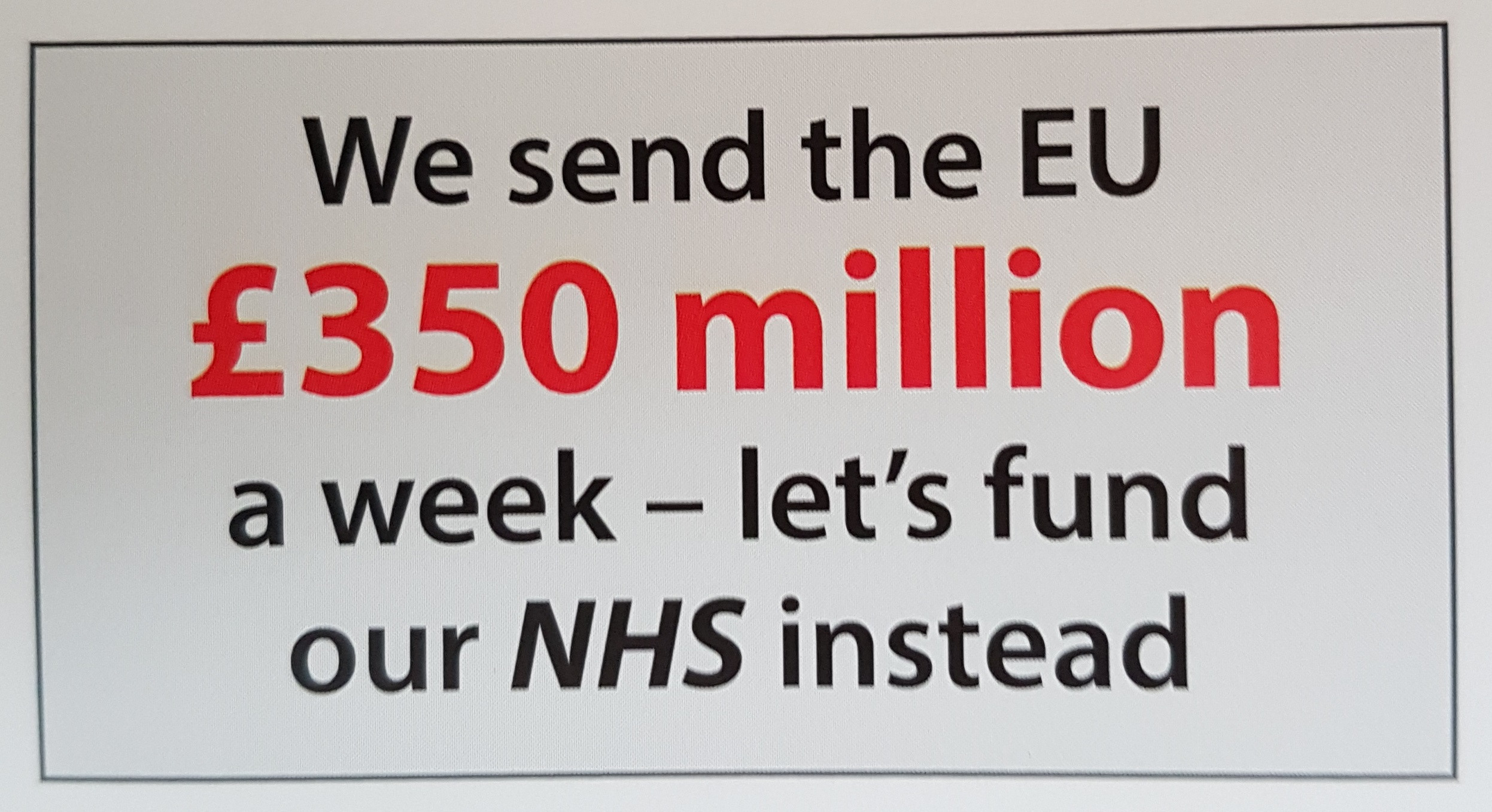 Does UK send that much money to the EU every week? Would a "leave" vote give the government £350 million a week to use on NHS?

politics economics united-kingdom
share|improve this question
edited May 3 '19 at 8:59

According to the National Statistics Authority

The UK’s official gross contribution for 2014 before the application of the rebate was £19.1 billion. As I have made clear previously, this is not an amount of money that the UK pays to the EU each year. The full £19.1 billion is not a net contribution.

This is also confirmed by HM Treasury.

The problem with the claim is that first of all, a discount was negotiated by the UK in the 80's, so while the official membership cost is 19 billions, that money is not what is actually paid at all by the country. Secondly, part of those funds are returned later on to the country in form of subsidies.

A nice recap of this is provided by Full Fact which was further verified by In Facts. 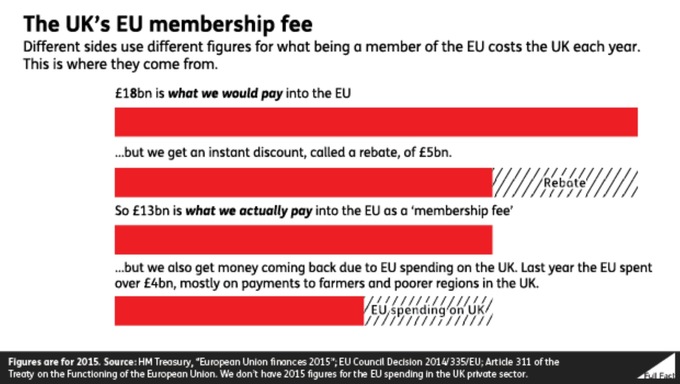 Further debunking can be easily found on the Financial Times

Britain does not contribute a net £350m a week to the EU budget. Savings will not go automatically to the National Health Service.

Promises of more money rely on the claim that leaving the EU will save Britain’s EU budget payments of £350m ($510m) a week. But when the rebate and EU spending in Britain is accounted for, the net payment is only £120m a week.

Not the answer you're looking for? Browse other questions tagged politics economics united-kingdom .

35
Has the FTSE lost more value in 12 months than the UK has paid into the EU during the 45 years since they joined?

21
Does the Bilderberg Group have influence on world events?
13
Does Apple support half a million American jobs?
30
Does Queen Elizabeth II own 6,600 million acres of land?
13
Have the Clintons received $153 million in speaker fees?
21
In California, does it cost more to send someone to prison than to send them to Stanford?
12
Does Great Britain have the lowest state pensions (relative to average wages) in the OECD?
13
Does the UK provide 50% of EU's waters? And does this imply anything about fishing rights?