Is the NSA installing surveillance codes in iPhones by calling Sprint customers? 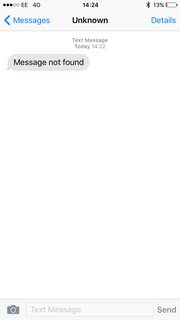 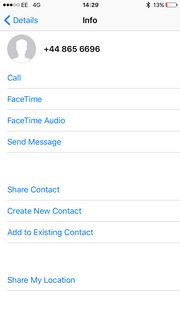 If I put the number into a t9 predictive text emulator, it spells "Unknown"

I've found a source on InfoWars that suggest it's exploiting a backdoor built by Apple for the NSA to spy on people; but I'm unsure.

To find out, I called a contact I’ve known for a few years who is an expert in cyber security. He’s been one of the people closely watching the Edward Snowden disclosures and the NSA surveillance issue. He obviously asked me not to reveal his identity, so I won’t.

He told me that this has been going on for over a year and that he believes the phone calls are a vector by which the NSA can install surveillance code onto iPhone devices but only if you answer the phone. Once you answer, a so-called “digital payload” is quickly downloaded to your phone while you are saying “Hello? Hello?”

Is this claimed backed by evidence or at least considered realistic by security experts?

25
Does the NSA build backdoors into encryption algorithms?
15
Did the NSA pay RSA $10 million to make Dual_EC_DRBG the default in BSafe?
22
Can cell phones be turned on remotely for surveillance by the NSA?
8
Is “Calling your congressmen” in the US effective?