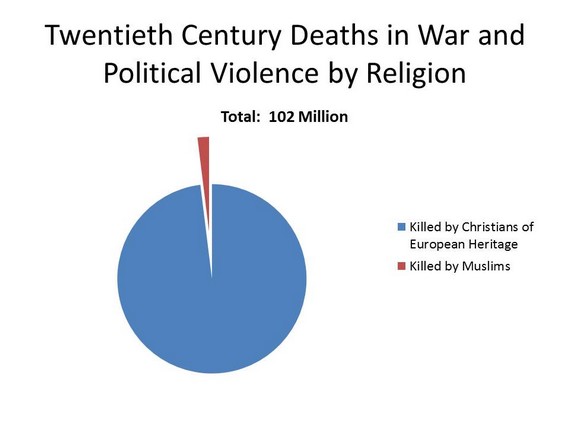 5
Did Nobel Peace Prize winner, Martti Ahtisaari, threaten to bomb Belgrade and kill half a million people?
25
Have 50 million Eastern Orthodox Christians been killed in the 20th century?
3
Did war in the 20th century murder more than “all previous deaths”?
16
Are Muslims 25 times more likely to commit terrorist attacks within the United States than non-Muslims?
7
Did Russia warn the people of besieged East Aleppo that “If you do not leave these areas urgently, you will be annihilated”?
6
Did Muslims in the Middle East cut off the breasts of Christian women?
5
Did more Vietnam vets kill themselves after the war?