Do women prefer men with a sense of humor?

I think everyone may have heard this at one time or another, but it's said that women prefer men with a "good sense of humor". The idea is so commonly held, it even has its own abbreviation on dating services: GSOH. I know I've seen this claim more than a few times over the years, but mostly in magazines known more for their fashion advice than their academic rigor. However, I came across this...

The article here seems to contribute to this idea.

Has this claim ever been scientifically validated? Or is all the evidence merely anecdotal?

Could this be due to post-hoc rationalization, as Chris Rock noted when he said, "women don't like men with a sense of humor, they just like it when they guy they want to f@#k happens to be funny." 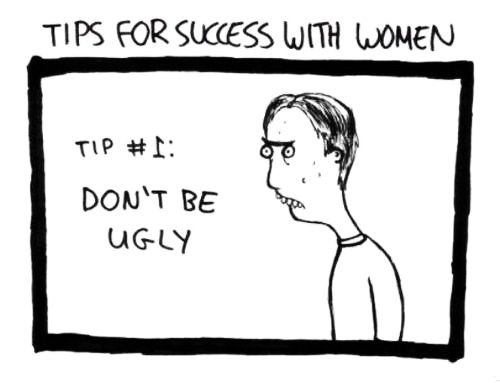 According to Eric Bressler, a psychologist at McMaster University in Canada, men and women don't mean the same thing when they say they value humor in a long-term partner.

[He] found that women want a man who is a humor "generator," while men seek a humor "appreciator."

... a German study found that when male and female strangers engaged in natural conversation, the degree to which a woman laughed while talking to a man was indicative of her interest in dating him.

How much the woman laughed also predicted the man's desire to date her.

On the flip side, how often a man laughed was unrelated to his interest in a woman.

This study mentions in its abstract:

While there are a relatively small number of studies in the area, those looking at humour have found strong correlations between humour and increased attractiveness, but only for women rating men.

"A quick browse of lonely hearts ads will confirm that women look for a good sense of humour in a potential partner - our research may explain why this is the case."

McCarty asked 45 women to rate the personalities behind a selection of lonely hearts ads drawn up especially for the study.

The funny men were rated as more intelligent, despite the ads containing no clues on IQ.
They were also seen as more honest and better material for a relationship and for friendship.

The results of this study:

... suggest that the human sense of humor evolved at least partly through sexual selection as an intelligence-indicator.

On the biological differences between men and women:

The Times - One day, girls, you will laugh at this

Experiments at Stanford University in California found that women use more parts of the brain than men to process jokes and have less expectation that they will find them funny.

The experiments found that women displayed more intense activity than men in the prefrontal cortex of the brain, which controls language interpretation and in-depth analytical processes.

They took slightly longer to react to jokes that were funny, but enjoyed the punchlines more. Researchers, however, said the time difference was marginal.

The study Mate selection criteria: A trait desirability assessment study of sex differences in Serbia (PDF) gives the following table (my highlight) stating that yes, women do value a good sense of humour, but not above all else, and not significantly more so than men: 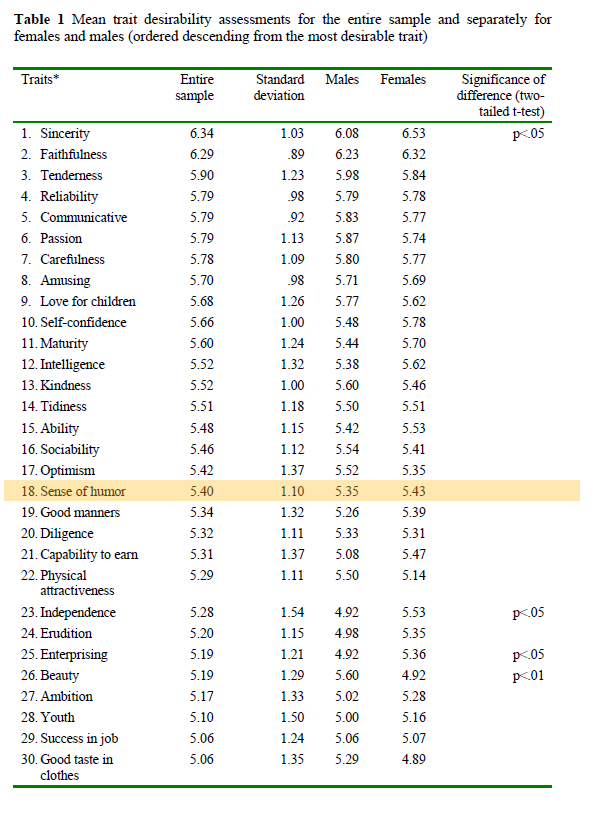 The above figures are as rated by the men and women themselves, in questionnaires.

However, that study is somewhat of a fishing trip. Another study, looking specifically at The influence of humor on desirability finds the following:

Participants chose which person was a more desirable partner for a romantic relationship, and which individual was more likely to have several personality traits. Only women evaluating men chose humorous people as preferred relationship partners. For both sexes, humorous individuals were seen as less intelligent and trustworthy than their nonhumorous counterparts, but as more socially adept.

The conclusion might be that the topic is controversial, which you'll certainly find with a lot of studies on aspects of personality and psychology, and there could very well be cultural discrepancies.

In The influence of humor, participants were asked to identify the most desirable partner for a romantic relationship, using the same subjects, and having a humorous or neutral autobiographical description as the only variable. The difference in study design could potentially explain some of the discrepancies in the conclusions of the two studies, in that the former measures what traits people perceive that they value, and the latter measures to what extent they're actually taken into account. This means that the latter study could cover subconscious parts of decision making.

Another possible interpretation is that the two results are entirely compatible, and that this is exactly what you can expect when you're specifically testing a hypothesis, and compare that to result of a more qualitative study design. For instance, it is quite possible that the table from the first study matches exactly the weighting that was applied in the decision making in the second study. That could be explained by the other traits; e.g. Beauty - which is the only p<.01 difference, remember - might be so strong a determinant in the male respondents that the humorous/neutral tagline variable didn't affect the outcome, whereas the female respondents, quite in line with what the first study reports, doesn't pay as much attention to beauty, and therefore allow the humour variable to affect the outcome to a greater degree.

I do recall Richard Wiseman citing support for the idea that women do value humour significantly higher than men, in his book 59 Seconds, but I don't have it available at the moment to be able to check those sources, or even what the exact claims are.

I thought about this long time ago, and the main reason I thought of was: only a successful person or a person who knows he is good can joke a lot (and even joke about himself). For example, a student with a 4.00 GPA can joke, "nah, I was really stupid..." But a student with a 2.3 GPA will try his best to show that he is smart and never joke about himself being stupid, because he worries that he is in fact stupid.

Not the answer you're looking for? Browse other questions tagged psychology sexuality humor .

33
Do nice guys finish last?
18
Do men tend to be funnier than women?

43
Are homosexual men substantially more likely to be pedophiles than heterosexual men?
23
Do women prefer taller men?
18
Do men tend to be funnier than women?
22
Is sense of humor somehow related to intelligence?
14
Are specific scents sexually attractive to women or men?
61
Do men feel threatened by intelligent women?
9
Is the difference between men and women' estimates of their number of sexual partners caused because men estimate rather than count?
9
Do men prefer women with long hair?