Did Germany produce so much renewable electricity on May 8th 2016 that their power prices went negative?

This picture has been floating around the internet 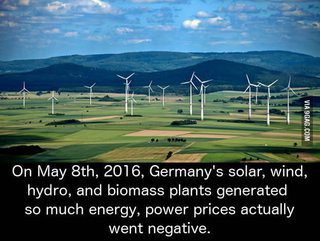 Is this true? I was under the impression that while renewable electricity production was on the rise it still was nowhere near enough to meet the needs of a major nation. Also, if this claim is true, how much power was produced by non-renewable means on that date?

This is pretty much true, and has happened multiple times in the past. In fact, they were introduced in the German intraday market in 2007.

For example, the same situation occurred in May 2014, when prices for energy became negative.

However, the reason that renewable energy had temporarily negative prices is that it is difficult to store energy, and that only a limited proportion of excess energy can be exported due to transmission capacity constraints.

Power has to be used as it is generated, and many power plants cannot be stopped temporarily without large losses to efficiency and incurring significant costs. In those cases, the power plant operator may choose to pay for power to be consumed, in order to not have to temporarily shut their power plants down.

The EU commission document explains this:

The frequency of occurrence of negative price episodes rose in the last part of the observed period as the costs of ramping up or down of some conventional plants are significant.

Regarding your second question, according to EnergyTransition.de quoting Agora Energiewende, the renewable power production reached 95% during noon on 8th May 2016, driven by the massive amounts of solar energy production. 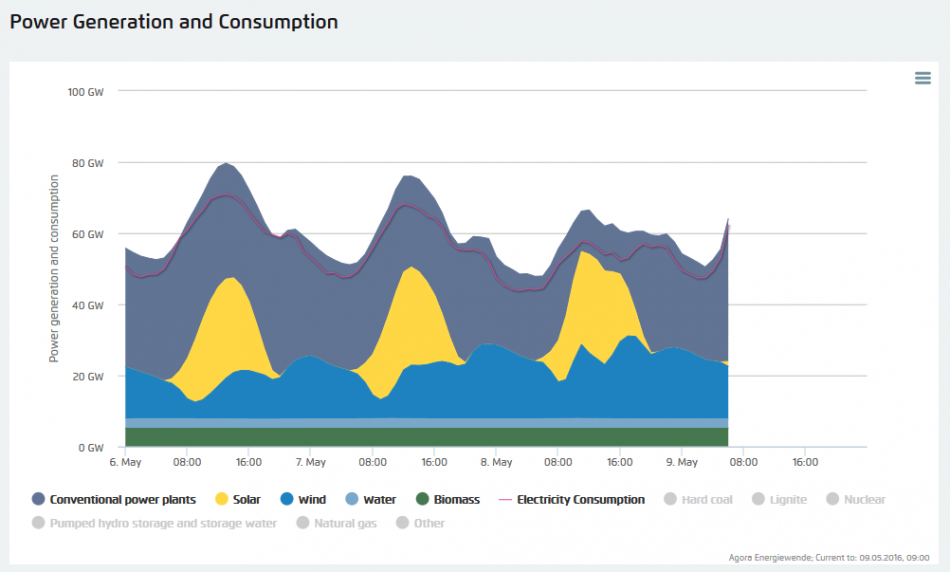 Not the answer you're looking for? Browse other questions tagged economics environment germany .

33
Is nuclear power economically untenable?
16
Until 2016, did Germany require rape victims to physically resist their attackers?